Could Mike Trout Become the G.O.A.T? 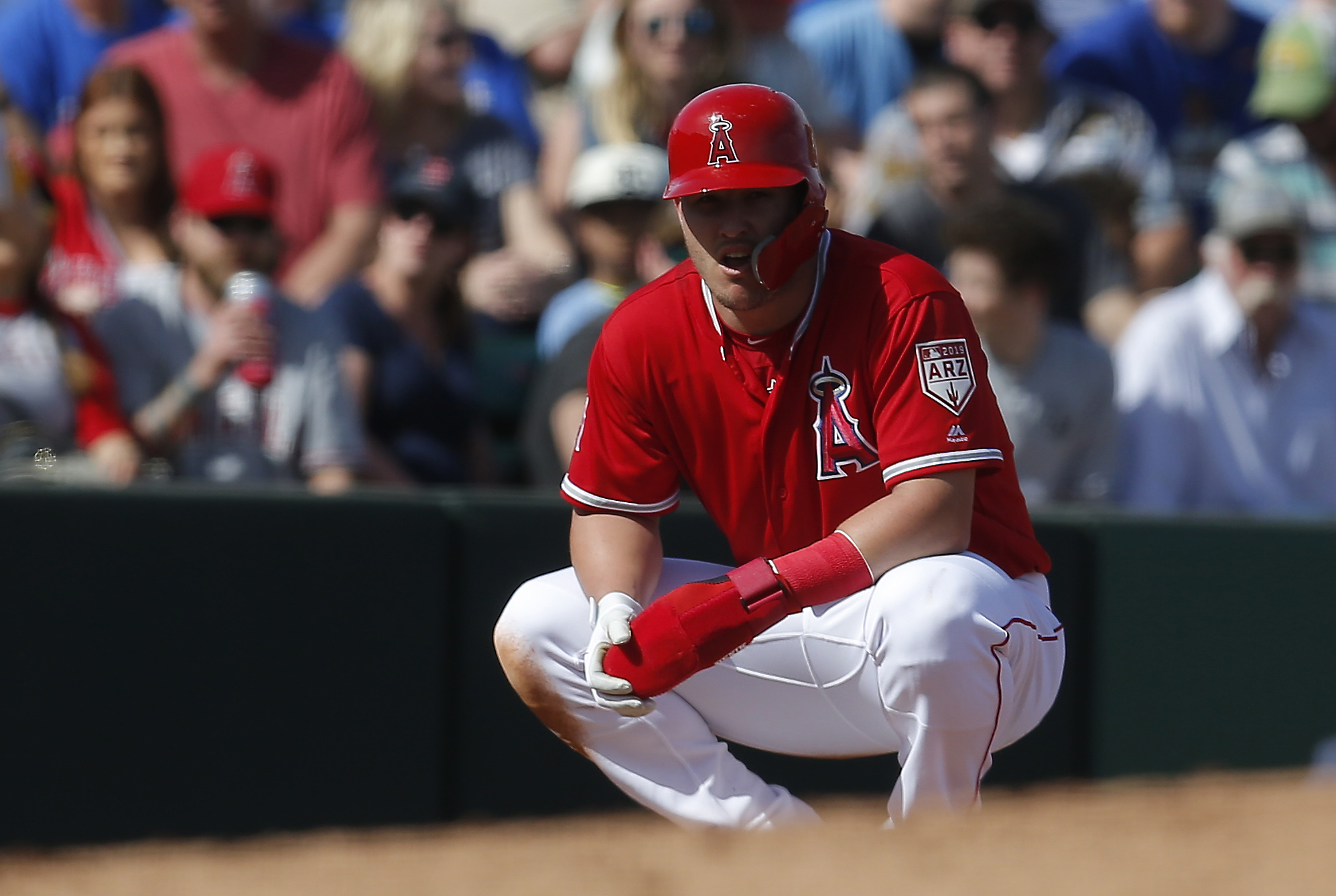 Could Mike Trout Become the G.O.A.T?

Mike Trout clearly isn’t as influential to the game of baseball as legends such as Babe Ruth. According to ESPN, he is not even one of the 100 most famous athletes in the world, despite playing in a large market with the Angels. He hasn’t made a big impact in October, as the Angels have only played one playoff series with Trout on the team. Despite all of this, when you look purely at his game performance, it is fair to wonder just where Trout’s legacy will rank among history’s best players by the time he walks from the sport.

Trout recently signed the largest contract in MLB history, signing an extension with the Angels for closer to half a billion dollars than the 2nd largest deal. Trout will now be playing with Los Angeles for the rest of his prime, and possibly his entire career, shutting down any rumors of him possibly moving. Some crowds of people still are convinced that Trout remains underpaid, even as the highest paid player ever (4th when adjusted for inflation), just because of how dominant he is.

There is very little argument as of the beginning of 2019 that Mike Trout is not the best player in all of the major leagues, position player or pitcher. Every well-known projection system, such as Steamer and ZiPS, has Trout as the projected highest WAR for the upcoming season. Steamer, ZiPS, Depth Charts, and Fan projections kept by Fangraphs have him in the lead but at least a win. Trout has finished top 4 in AL MVP voting in each of his 7 full seasons, from the young ages of 20 to 26. There is virtually no major weakness in his game and continues to get better every day. Even if he isn’t the most talked about player in comparison to Bryce Harper or Aaron Judge, there is essentially no question regarding who is currently the best player in the league. It’s Mike Trout.

Through the age of 26, it’s fair to wonder if Trout has had the greatest start to a career in the entire history on the MLB. In terms of fWAR, nobody had accrued the 64.9 fWAR that Trout had by his age before. You can repeat that statistic for the age of 21, 22, 23, and 24. The closest to him through 26 are Ty Cobb, Mickey Mantle, and Rogers Hornsby. No pitchers are particularly close. He started out his career as an elite teenager and improved as much between his age 19 and age 26 season as a typical player, even if it seemed impossible.

Trout ranks 3rd through the age of 26 in BsR, a metric that measures how many runs your baserunning has gained your team, with 52.2, only behind Tim Raines and Rickey Henderson. His Offensive Value ranks 2nd through his age, just barely behind Ty Cobb, who clearly played against less talented pitchers. Defensively he doesn’t rank among the best ever, but his rise-to-fame moments may just be his spectacular plays as a phenom as he robbed several home runs, which is more to his name than any known about any dead ball era player. He still ranks positively in the outfield even as he ages, and hasn’t made an error in well over a season. Putting this all together, it’s fair to wonder if Trout could retire today and make the Hall of Fame. Even putting his career matched up against players who played nearly 2 decades, Trout matches up evenly with other Hall of Famers so I would guess he would make it.

Nobody else has ever started their career as dominant as Trout, so saying he is on pace to be among the best ever is fair. But any career can take a turn quickly, especially is a rapidly changing game. To be considered the true G.O.A.T., you need to be as special as the right-hander over much more than 7 and a half years. This isn’t the concluding factor in who is the greatest, as postseason performance tends to make a huge difference in one’s legacy, but for Trout to be the all-time leader in fWAR, he would need to catch up to Babe Ruth’s 180.8 fWAR (this is including his time as a pitcher). That seems pretty impossible given that Ruth was at one point hitting more home runs than the rest of the league combined, especially since he probably won’t ever match the number of championships he has, whether the Angels turn things around or not. However, if you project Trout to age about the same as the average player, he would be projected to end his career with about 153 WAR, 3rd all-time and right above Willie Mays. One of the players that would still rank above him, Barry Bonds, would likely not be credited as one of the best ever by a significant amount of fans because of his steroids controversy, especially if he still hasn’t been admitted to the Hall of Fame.

That is just the average outcome for Trout’s career, should he age like the typical player. But Trout is not a typical player, and a common theory is that “special” players do not age as poorly as others. There is no question that Trout would be classified as special, and maybe his prime lasts well into his 30s. For one, Trout is physically one of the strongest, fastest, and flat-out most athletic players in the game today. Assuming he stays in shape as he has done, his bat and foot speed may stay at an elite level longer than other all-stars.

Furthermore, Trout has shown a better ability to fix his deficiencies quickly as any player ever. For example, Trout once struggled against making contact on high fastballs (well, maybe not struggle as much as he wasn’t elite for once). That’s quickly changed, as his contact rate has risen dramatically on high fastballs, and strikeouts, in general, have been much closer to 20% in recent seasons compared to 26.1% in 2014. His walk rate has risen, his ISO (isolated power) has steadily risen to elite numbers as he’s begun to hit fewer ground balls. Once again, he hasn’t made an error in a very long time. His plate discipline as a whole has greatly improved in more recent seasons. All in all, his recent seasons have been much better than the previous ones, even if he had been an MVP candidate all the way back in his age-20 season. In fact, he will not even go into a slump. Since his rookie season, Trout has only had one month in which his wRC+ was less than 110 (in other words, 10% BETTER than league average), and it was 99, in August of 2015. No player in baseball has been able to fix every slight weakness effectively and quickly like Trout, which just shows how he will continue to play at a high level even past his recent 12-year deal with the Angels.

Given his current career statistics, Trout is on pace to be a top-5 player ever, maybe top-2 just based on individual performance. A majority of his career is still yet to come, including the hardest part as he ages past his prime, but given the unique ability to play, it wouldn’t be surprising for Trout to be the best player from age 26 to 40 either. Will he ever have the regular season or October success to pass Babe Ruth as the proclaimed greatest baseball player in history? As crazy as it sounds, it’s possible.