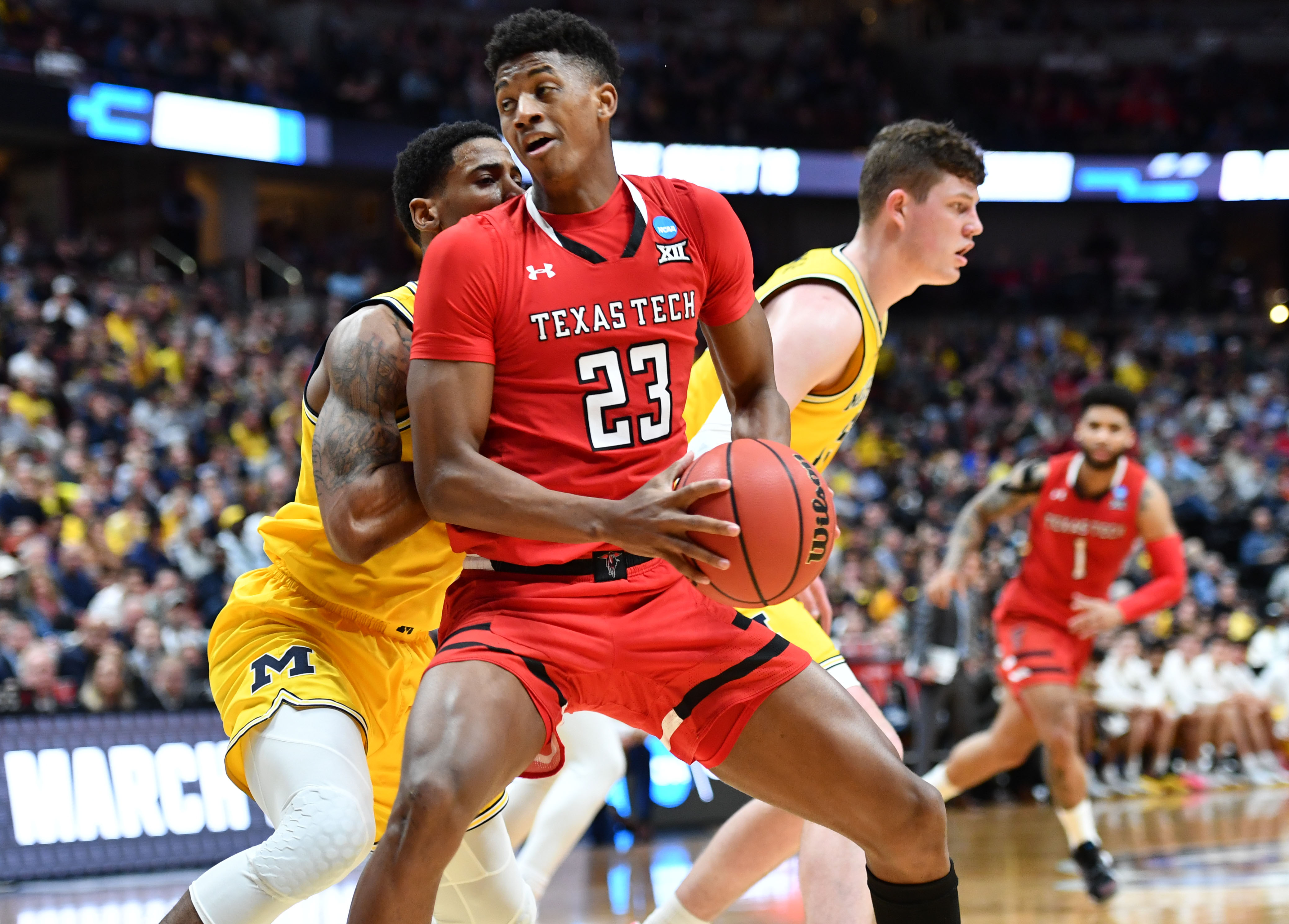 We are down to just four teams in the NCAA Tournament and it’ll be the first time for a few of the teams.

With many of the “big name” NBA prospects out of the tournament, or not even making it, many people may be wondering who they will be watching this weekend.

Though most of the common fans may not have heard of some of these players throughout the season with the likes of Duke and Kentucky’s stars taking up the headlines, there is a ton of talent in this year’s Final Four.

It being the biggest stage in college basketball, this is where guys can go from an afterthought to getting drafted, or a late first-rounder to a late lottery pick.

Headlined by a couple of lottery picks in this year’s draft, here are the top 10 NBA prospects that will be in Atlanta this weekend.

One of the best players and prospects in all of college basketball is someone who has flown under the radar all season.

At 6-foot-7, Culver has the ball handling ability, defensive prowess, and shooting ability to be an All-Star level player at the next level.

A versatile player who many forget didn’t play in their historical upset loss in the 2018 NCAA Tournament to 16-seeded UMBC – oh well, doesn’t matter now.

Someone who can guard four positions, Hunter has over a 7-foot wingspan making up for what is just an average size for his position.

Though tremendous skill, he projects as a bit of a tweener due to his lack of ball-handling ability and creativity on the offensive end.

Great athleticism and off ball movement, Hunter will be someone who will play in the league for a long time.

A great story as he was barely recruited and mostly an afterthought coming into his sophomore season at Virginia.

Great size and toughness Jerome is a top level IQ guy who makes up for his lack of athleticism. Shooting 39 percent from deep for his career, he has true shooting and effective field goal percentages of over 54 percent in his three years.

With a 3:1 assist-to-turnover ratio since he became a full-time starter is sophomore season, Jerome will rarely make mistakes as shown by just 13 out of his 69 games with three or more turnovers in a game over his last two seasons.

While I don’t expect Jerome to turn into a star in the NBA, he will be a veteran that no opposing guards want to play against, and young guards will always want to learn from.

Okeke will be part of one of the biggest storylines heading into the Final Four; his injury.

Having torn his ACL in Auburn’s Sweet Sixteen game against North Carolina, Okeke will have an interesting choice to make after the season ends. As of now, he is a fringe first-round pick, but with the possibility that he won’t be able to come back for next season, it’ll be an interesting topic coming up.

Before his injury though, Okeke’s versatility and athleticism is what had him shooting up draft boards. As someone who led the SEC in offensive rebounds, second in steals and fourth in offensive rating, he has also shot 39 percent from deep for his two seasons thus far.

Okeke will be a very serviceable pro and make his biggest impact down the road as a “three and D” guy.

With a much more veteran lineup in the Final Four for all teams, Henry is the highest scoring freshman, percentage wise, to his team, per ESPN Stats and Info.

Taking on a much larger role when Joshua Langford went down with his eventual season-ending injury in December, Henry is a big guard at 6-foot-6 who will make his money on the defensive end. Though he has made strides offensively, he only attempts one three per game, and only five total shots per game.

His athleticism stands out already, and his skillset will continue to develop, but look for Henry to be a mid-first round pick in a couple of years.

A First-Team All American, Winston has carried the Spartans all year to the Final Four.

Averaging 18.9 points per game, he is getting his points at will. Shooting 47 percent overall and 41 percent from three, he also shoots it at an 84 percent clip from the free throw line.

What makes him an ideal NBA point guard is his ball-screen and pick and roll ability. Mainly the only offense Tom Izzo runs, Winston can either get around the big on a switch or pick the defense apart with his playmaking and passing ability.

Whether or not he decides to go to the draft this year, he will be one of the most underrated players in the draft with his all-around ability.

What is there to say about Kyle Guy other than he is a knockdown shooter.

Although improved defensively, Guy is a career 43 percent shooter from deep, and with over 51 percent of his shots coming from three, that is where he is going to win with teams.

A smaller guard, only 6-foot-2, he has become a much better playmaker for others, his assist rate up over three percent from a year ago, his ability to draw a double-team off of a screen without even receiving the ball is what helps open the floor for others.

With most likely another year of school ahead of him, he has the ability to sneak into the late first round with another solid year. Either way, he will be a terrific addition to any team, as you can never have enough shooting on the roster.

The most important player for the Cavaliers in the NCAA Tournament thus far, and would’ve lost in the Elite Eight if it wasn’t for his last second shot to send the game into overtime.

Diakite is the most underrated player on this Virginia roster. At 6-foot-9 and 230 pounds he has the body to bang in the post, but his agility allows him to switch out on a perimeter player.

Averaging 13 points on 63.8 percent shooting, nine rebounds, and 2.3 blocks a game in the NCAA Tournament, Diakite’s versatility allows for Virginia to play him in three different positions.

With one more year to go before going to the draft, look for Diakite’s stock to shoot up next season as he will have a major role for the Cavaliers.

Since stepping on campus in the summer of 2017, Tillman has lost 30 pounds, making him an extremely efficient and effective big man.

After being inserted into the starting lineup with the injuries to both Joshua Langford and Nick Ward, Tillman has made it impossible on Tom Izzo to take him off the floor.

With his rebounding ability and averaging almost two blocks a game, Tillman could end up being a late-lottery pick down the line if he continues to develop a more fluid offensive game.

A member of one of the most underrated and best backcourts in the country, Bryce Brown is making a case to be a late to mid second round guy.

I am high on Brown just due to the fact he is a lethal threat from the outside. Ranking in the top 30 in NCAA history in made three pointers, third this year with 137, Brown shoots it at a career 39 percent.

Returning to school after last year, one of the parts of his game he needed to improve on was his defense. With 1.2 steals per game this season, Brown made his defensive rating a career best this season.

Though he needs to be much better at protecting the ball for someone who has limited possessions as the main ball handler, never really having to create for himself, he can definitely make a roster as a spot up shooter in the NBA.