10 NBA players that must step up in playoffs 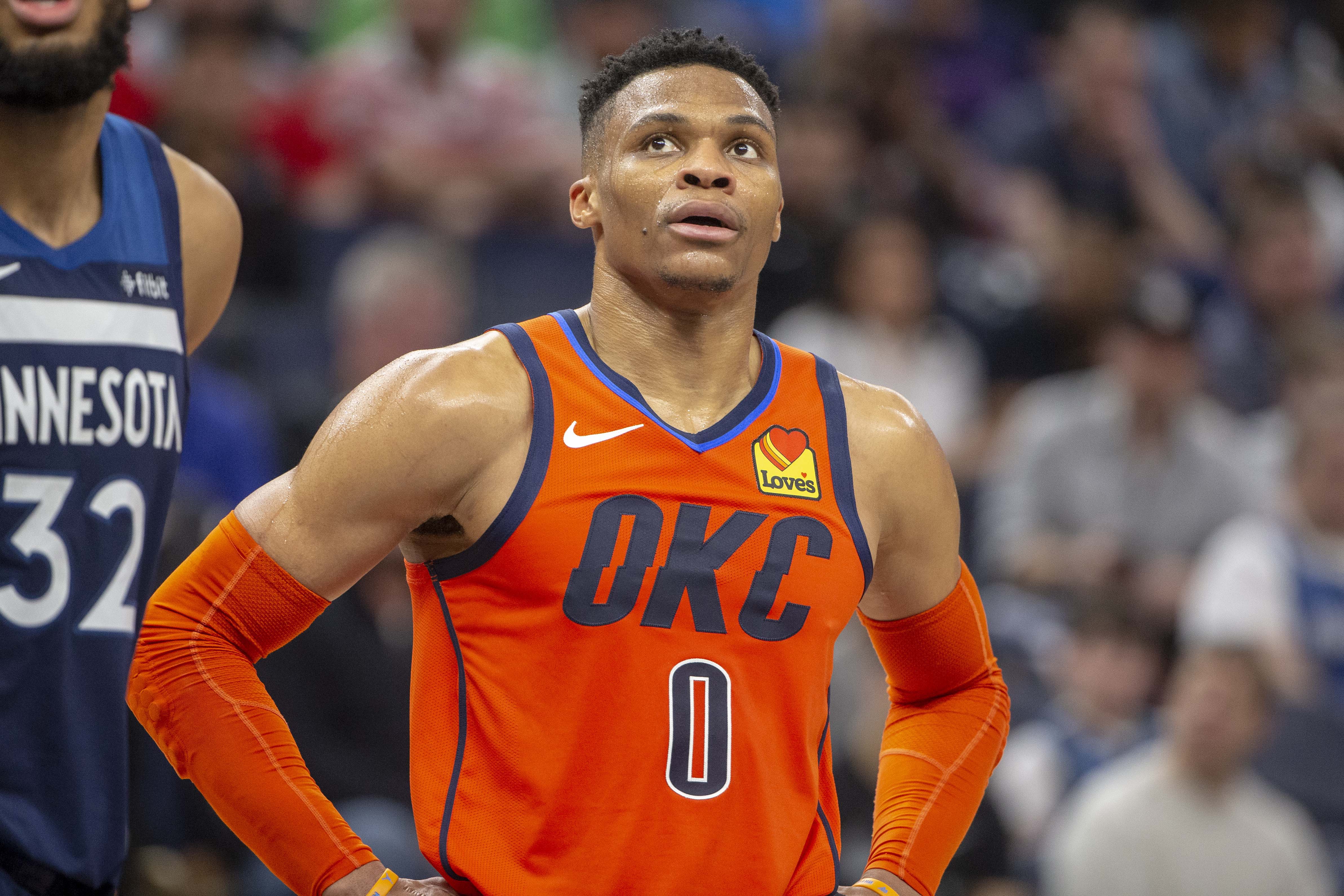 10 NBA players that must step up in playoffs

The 2019 NBA Playoffs are set to begin, and the league’s brightest stars will soon be showcasing their talents on the world’s biggest stage. It will be interesting to see which of them step up under pressure and lead their team to the NBA Finals.

Regular-season play is fun to watch, but it’s the pressure-filled moments of the postseason that really count. As such, here are 10 players that must step up in the NBA playoffs.

The Lakers are probably wishing they hadn’t traded Russell to Brooklyn after his career year with the Nets this season. Something clicked for the former second overall pick, as he finished with career-highs in points (20.1) and assists (7.0).

That said, Russell is set to be a restricted free agent this summer, and what he does in the playoffs could determine just how deep the Nets are willing to go into their pockets to keep the young star in Brooklyn.

Despite his best efforts to return to his All-Star form, it’s clear Hayward is still recovering from the devastating leg injury that caused him to miss all of last season. By no means is that his fault, but the fact of the matter is Boston doesn’t have time to wait for Hayward to be fully healthy.

With Kyrie Irving potentially leaving next season, this might be the Celtics’ best chance at a trip to the NBA Finals, and they’ll need Hayward to contribute in a big way, even if it’s off the bench.

The Rockets haven’t been able to get past Golden State in the postseason in three of the last four years, and last year was especially tough after Houston blew a 3-2 lead in the Western Conference Finals. Despite leading the league in three-pointers made last season, Harden struggled from the three-point line against the Warriors, shooting just 26.1 percent from deep in the series.

Harden once again led the league in three-pointers made this season, and will be counted on to put up the big scoring numbers that were routine for him during the regular season. If the Rockets can get past the Jazz in the first round, it’s a near lock that the Warriors will be waiting for them in the second round, for a rematch of last season’s epic series.

One would be hard-pressed to find anyone that didn’t agree Antetokounmpo is an elite player in the NBA, but he hasn’t proven that he’s the best — at least not yet. For the Greek Freak to get to that next level, he needs to put the Bucks on his back and take them to the NBA Finals.

Milwaukee finished with the best record in the league, and Antetokounmpo is under heavy consideration for the MVP, but it means nothing if the Bucks get booted from the first round again.

Irving’s main reason for wanting out of Cleveland was to get out from under LeBron James’ shadow and show people that he could lead a team deep in the playoffs. That didn’t happen last year because of an injury, but Irving will get his chance prove himself this time around.

Sure, the Celtics had their problems during the regular season, but the postseason offers them a fresh start. Many had Boston pegged as one of the best teams in the East, and Irving was a big reason why.

Despite winning an MVP award and somehow pulling off the incredible feat of three straight seasons of averaging a triple-double, there are still some who question if Westbrook’s talent leads to playoff wins.

In fact, NBA players voted Westbrook and Golden State’s Draymond Green as the most overrated players in the sport in a recent poll by The Athletic. It’s safe to say he’ll be motivated to prove that he’s a legitimate player in the postseason, so we’ll see if he can deliver.

Embiid talks so much trash on the court, and it’s time for him to back it up when the matters most. When he’s healthy, there’s no denying that the Sixers’ big man is one of the most dominant at his position. But too often Embiid has had to sit out games due to injury.

Last year, he missed the first two games of Philadelphia’s series against Miami with an eye injury, and he could miss some time in the team’s matchup with Brooklyn due to a sore knee. The Sixers are a favorite to claim the East title, but it will be hard to accomplish that feat without their biggest star.

If Butler wants to set himself apart from the other high-profile free agents this summer, he needs to show that he can carry a team on his back in the playoffs.

Sure, the Sixers have a lot of talent on their roster, but there are questions as to who’s going to be the go-to guy in crunch time when they need big shots late in games. Butler has had a down year statistically, but he can boost his stock with a strong showing in the playoffs.

The Jazz have an epic first-round matchup against the Rockets on deck, and Mitchell will get another crack at Houston after struggling against them last year in the second round of the playoffs.

The star guard averaged just under 20 points per game in the series, as the Jazz fell short of advancing to the Western Conference Semifinals. Mitchell is, without a doubt, one of the best young talents in the NBA, but leading Utah to a deep playoff run could bring him closer to elite status in the league. He’s a playmaker that can take over games when he catches fire on the court, as shown by his performance in the playoffs last year, but he’ll need to be a bit more consistent to assert himself as one of the league’s best young stars.

Cousins is coming off a torn Achilles injury he suffered last season, and there were many who questioned if he could return to his All-Star form And while Cousins hasn’t come close to the numbers he put up a year ago, he’s steadily improved with each passing month, and is starting to look more like the player he once was.

And now that he’s moving better and looking a bit more explosive, Cousins needs to put together a solid performance in the playoffs to prove to teams that he’s deserving of a big contract in free agency. That shouldn’t be too hard with the talent surrounding him in Golden State, as he’ll get plenty of open looks and touches, given how well the Warriors stretch the floor.