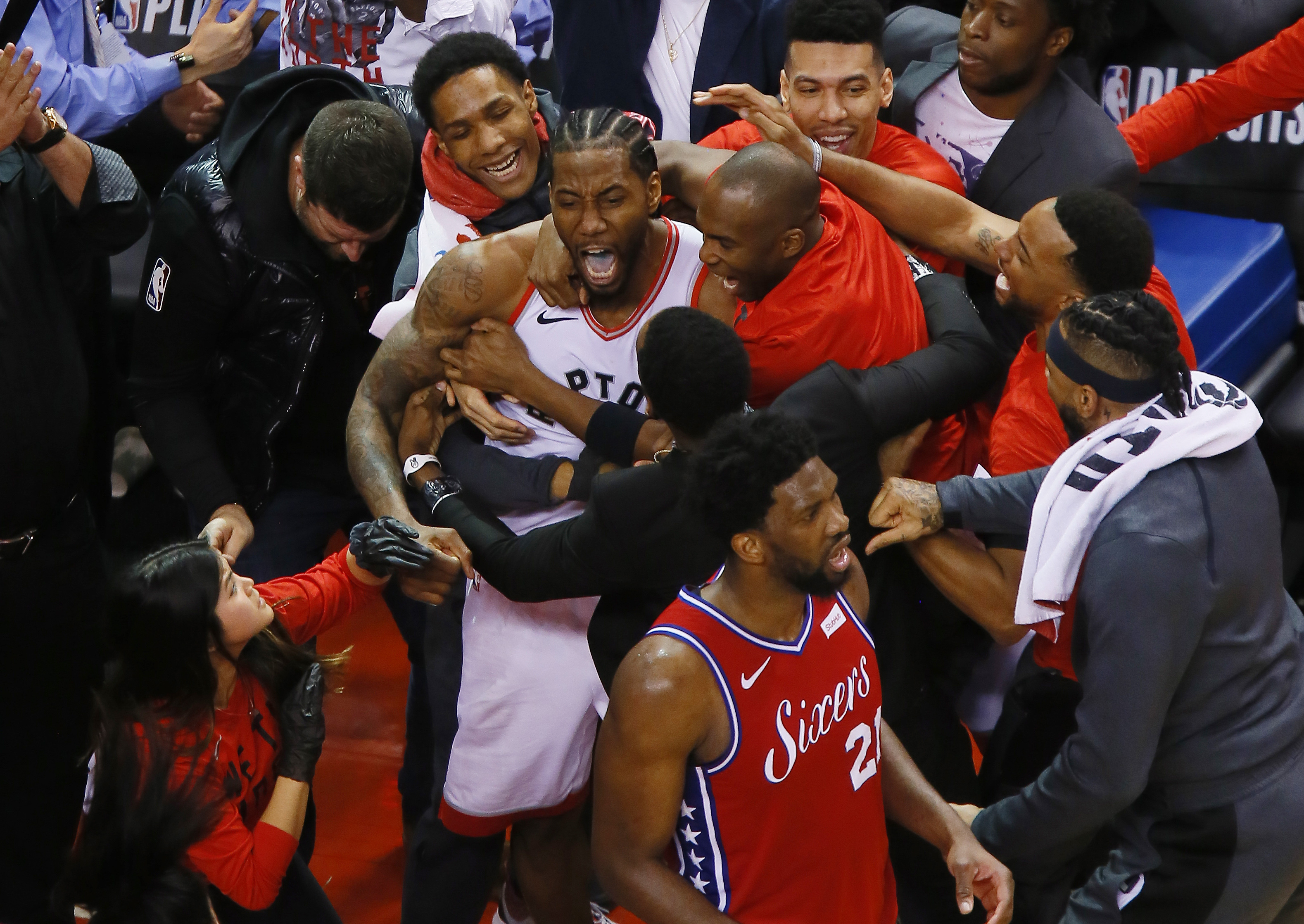 Kawhi Leonard has been the best player on the court in the Sixers-Raptors second-round playoff series, and, unfortunately for his opponents, he called “game” in the final meeting of the seven-game showdown.

Leonard was 15-of-38 down the stretch in Game 7, with 39 points, but, as we know, shooters shoot. And Leonard is a shooter. Not only that, he probably wanted to hit that 40-point plateau.

As such, Leonard received an inbounds pass with the game tied at 90, and only 4.2 seconds remaining. Joel Embiid and Ben Simmons double-teamed him, but Leonard still manage to get enough separation to get off a tough, contested mid-range jumper. The shot bounced off the rim — five times, actually — before rolling in for an incredible game-winner.

And his reaction was priceless.

The side of Kawhi we never see. pic.twitter.com/DR2asMQUa0

What a shot. What a moment. The Raptors will now face the Bucks in the Eastern Conference Finals.