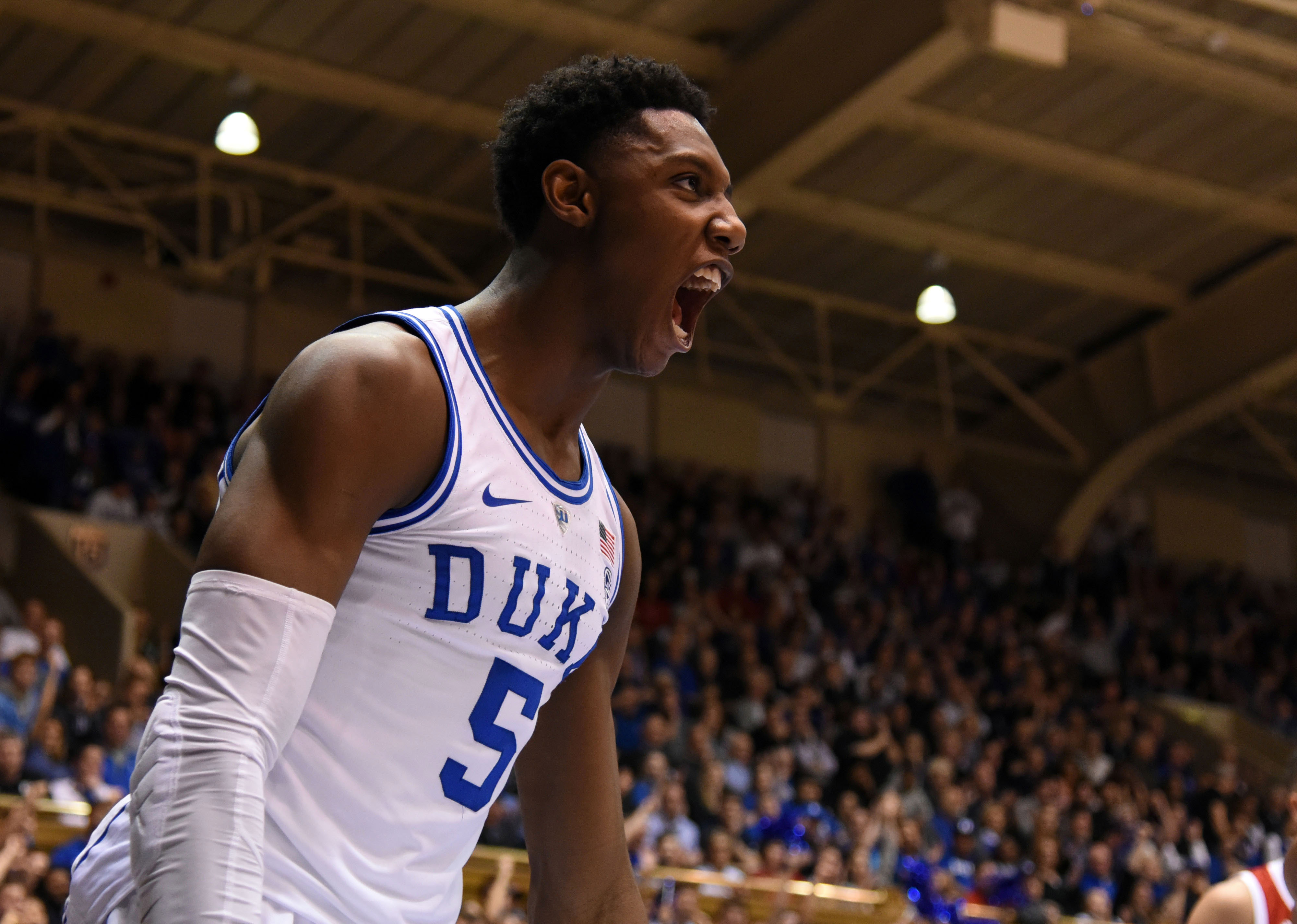 After failing to land the first overall pick in the 2019 NBA Draft Lottery on Tuesday night, which surprisingly went to the New Orleans Pelicans. The New York Knicks will try to decide who they will select with the third overall pick in next month’s NBA draft.

In the months leading up to the draft lottery, many Knicks fans had their eyes set on super freshman Zion Williamson.

However, they will now have to go in a different direction, if they decide to keep their pick. One player, who could be an option at No.  3 for New York is Williamson’s teammate, R.J. Barrett.

According to Adam Zagoria of ZagsBlogs.com, the Knicks are scheduled to meet with Barrett on Wednesday in Chicago, Illinois.

The 6-foot-7 Barrett had an outstanding freshman campaign this past season, averaging 22.6 points, 7.6 rebounds, and 4.3 assists in 35.3 minutes per game.

Even though Williamson is more than likely going to be selected with the first overall pick, many analysts believe that Barrett will be the better pro player due to the myriad of things he can do on the court

That being said, the only problem the Knicks face about possibly selecting Barrett is where do you play him on the floor? In last year’s NBA draft, the Knicks used the ninth overall pick on Kevin Knox.

While Knox does not have the same skill set as Barrett, they both could end up playing the same position next season. However, the Knicks could opt to put Barrett at the shooting guard spot.

Nevertheless, it should be interesting to see what the Knicks do on draft night next month as they could shake the first round.