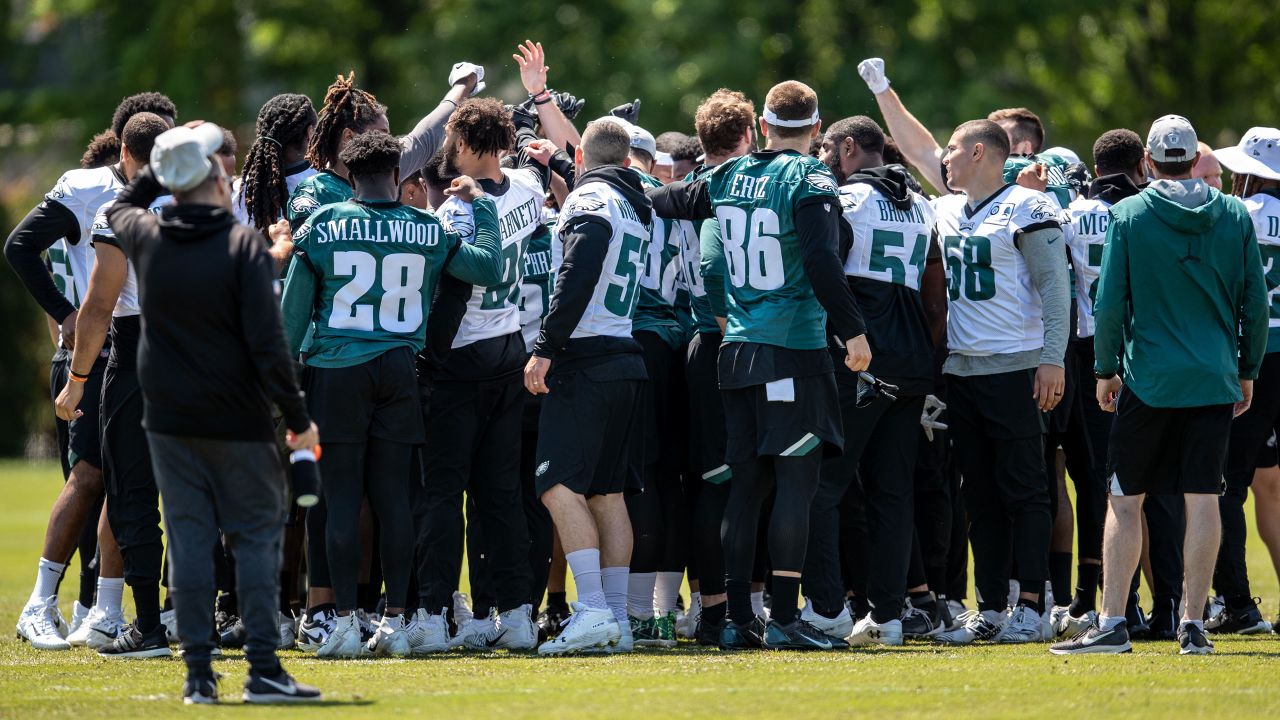 And that time would be now. “Voluntary” only really applies to veterans with super credentials or high draft picks with huge ball skills (pun intended)….

Anyone else better show up for voluntary OTAs…the alternative is getting shoved down the depth chart to the possible point of no return.

The guys who get the most reps in OTAs don’t necessarily make the team. Coaches are trying out all kinds of miscellaneous personnel combinations. But if you skip OTAs, make no bones about it, you are on the cusp of early retirement.

Now the rookies will mix in with the veterans for the start of Organized Team Activities (OTAs) beginning on Tuesday.

Here are the official dates …

There are a few storylines in particular to keep an eye on for the start of OTAs.

First is the health status of quarterback Carson Wentz. Coach Doug Pederson was cagey about his status before rookie minicamp and it’s still unclear if he’s fully recovered from the back injury he suffered last season. The Eagles’ decision to sign quarterback Cody Kessler in free agency might not be a great sign for Wentz’s status. If he can’t go, Sudfeld, Kessler and rookie Clayton Thorson will take the workout reps.

Of that group, Hollins, Barnett, Worrilow and McLeod are the only ones who seem likely to participate in OTAs.

There’s more than health questions, too.

Namely: Will safety Malcolm Jenkins show up? The Eagles veteran reportedly skipped the team’s voluntary workouts earlier in the offseason and conducted his own workouts elsewhere in Philadelphia, possibly indicating a desire for a new contract.