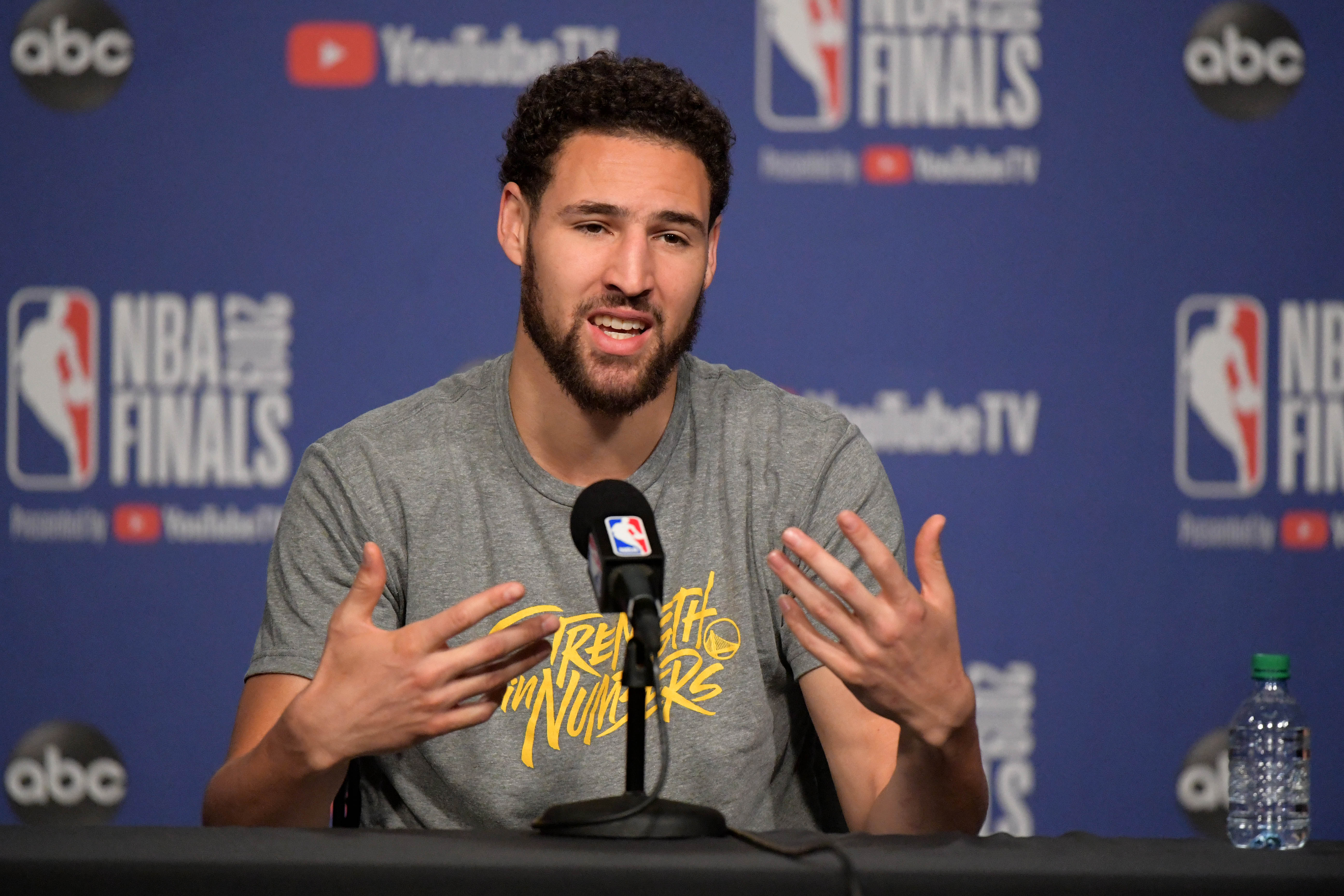 Warriors guard Klay Thompson has been in the league since 2011, so he’s no stranger to the heckling from fans.

Not only that, he’s now set to play in the NBA Finals over the past five seasons, so he’s aware of the “hostile treatment” from home fans during Warriors road games.

Raptors fans, however, have not been all that hostile toward Thompson, compared to what he’s used to hearing. He opened up about the “polite hackling” from the Canadian basketball aficionados, in an interview with Rachel Nichols on “The Jump.”

Not only that, he’s also avoiding Drake’s music during the NBA Finals.

Klay never ceases to deliver on the comic relief, that’s for sure.