Three Free-Agency Targets for the Pacers 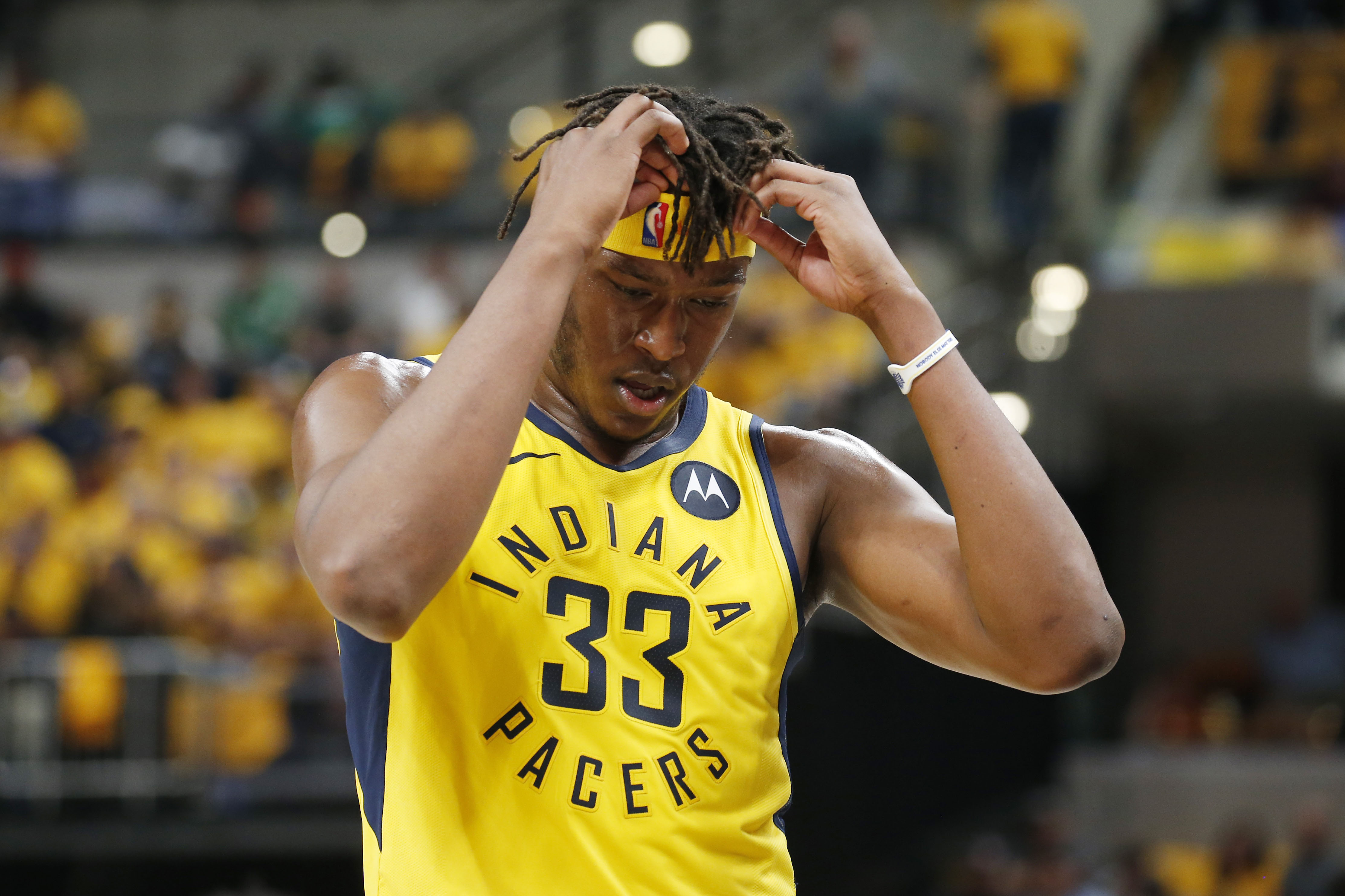 Three Free-Agency Targets for the Pacers

Okay, so maybe the Pacers aren’t going to get Kevin Durant or Kyrie Irving. Indiana isn’t considered by NBA players as a large media market. However, just because the Pacers are a small market, doesn’t mean they don’t have appeal. The Pacers have a hardworking and team culture, and any star coming there would have an amazing partner in crime. Oladipo has been a revelation for the Pacers, and despite his injury woes this season he is expected to make a full recovery. There are reasons to be there, and any star with an offensive skill set should expect more touches. These are 3 players who could potentially sign with the Pacers.

Derrick Rose has had a resurgent comeback with the Minnesota Timberwolves, averaging 18.0 PPG, with 4.3 assists and 2.7 rebounds. While obviously this isn’t the same Derrick Rose of old, he is still a savvy veteran. Rose notably shot 37% from three this season, a marked improvement even from his MVP years. The Pacers could use him as creation off the bench (The Tyreke Evans Role). Rose has proven as a solid creator for himself and others, and there is no doubt that there are games where he can turn back the clock.

There are concerns however: Rose is a ball dominant guard who can at times prioritize his own scoring above setting up his teammates. However Derrick Rose has shown his consistency during this season, before his injury. The concern with Rose has always been his health, but if he is playing around 25 minutes a game, then that should alleviate some of those concerns. If the Pacers can get him for cheaper than what the market dictates with the promise of a bigger role, then they should absolutely do so. Another benefit is that Rose has playoffs experience, going against the likes of LeBron James in his youth. That experience can only help the Pacers as they try to go further in the post season.

After the Bucks’ unceremonious exit from the Eastern Conference Finals after some putrid performances from Khris Middleton. Khris Middleton is a good shot creator in the midrange, exploiting mismatches and shooting over guards. On paper, that sounds like someone who can help the Pacers have a 2nd player who could be a starter and create their own shot. However there is the question of Middleton’s playoff play in the playoffs after a mediocre showing against the Toronto Raptors.

Middleton would be a good partner to Oladipo. He can create his own shot and would help the Pacers have a 2nd scoring option who is an All-Star. Note: this deal could only happen if the Bucks don’t offer Middleton the max. There is close to no chance that Middleton would leave a contender in the Bucks if they offer him the max. However, if they don’t give him the money that he wants, there is probably a chance that he may leave. In that case, he would become a solid 2nd option for the Pacers if he were to sign there.

Kemba Walker signing in Indiana would probably be a dream for most Pacers fans. Kemba Walker is a machine on the offensive end: he averaged 25.6 PPG with 5.9 assists and 4.4 rebounds. Unlike other players that the Pacers could sign, Kemba Walker is an  All-NBA level point guard who can be more of a co-star to Oladipo, as compared to a 2nd option. Kemba Walker would go to Indiana for two reasons: to go into an organization that makes the playoffs consistently, and to have consistent help in the mercurial Victor Oladipo.

While Walker remains set on seeing Charlotte compete, the lack of offseason moves could spell doom for his time in Charlotte. A player of Kemba Walker’s caliber should be on a playoff team and competing, not stuck in salary cap hell on a mediocre team. However, Walker’s loyalty to Charlotte would also mean that he would sign a supermax contract. However, if he does prefer to compete, then the Pacers would be a great option in terms of fit and touches. In short, Kemba should be a priority if he doesn’t sign the supermax from Charlotte.