Welcome to the Blight in Eagles summer... 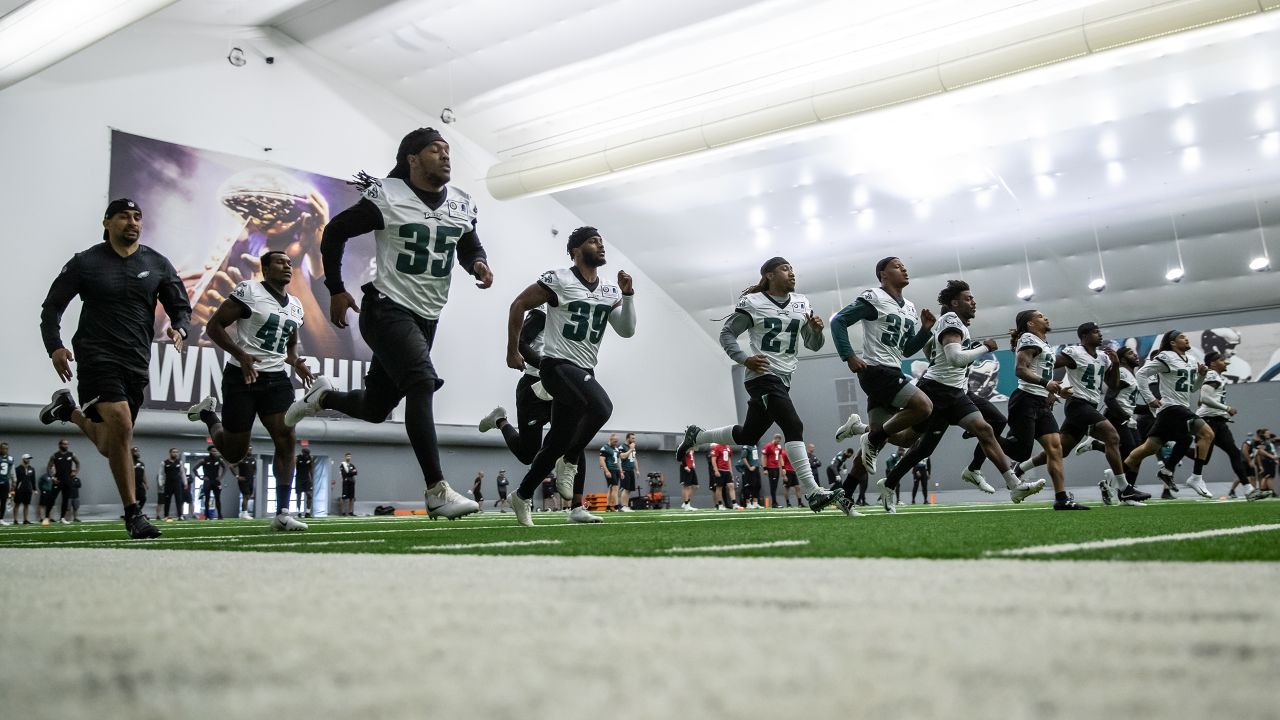 Welcome to the Blight in Eagles summer...

Credit to Beans our Aussie correspondent who coined the term “the Blight” to describe the fallow period between end of minicamp and the start of Training Camp, which by my count is about 42 days from now.

Actually a lot of football-biz tasks were accomplished over the past few days.

Andrew Berry, who was hired just prior to the 2019 NFL Draft as the vice president of football operations, will continue to play a major role: “We knew when we hired him that he would be a big part of what we’re doing moving forward and giving him this opportunity working across football operations and personnel, player development, he’s got experience in analytics. He’s a vital part of our collaborative approach to building our football team,” said Roseman.

Berry is the Harvard grad who was formerly V.P. of player personnel at Cleveland.

Brandon Brown moves from assistant director of pro scouting to director of pro scouting and Roseman spoke highly of Brown and his impact with the Eagles: “Brandon is ready for this opportunity as our pro personnel director and he is going to put his own spin on that department. He is a tremendous evaluator, he’s extremely organized, he’s a great communicator. He has a very bright future in this organization and in this league.”

Ian Cunningham has been promoted from director of college scouting to assistant director of player personnel. “He is a guy that we hired from the Ravens and I remember talking to Ozzie Newsome (former Ravens general manager) and he said that Ian was one of the guys who had the most potential of anyone he had been with in that organization for a long time,” Roseman said of Cunningham.

As for the mandatory minicamp experience, final practice on Thursday was called off after 24 minutes of walk-throughs and install stuff. Obviously HC Doug Pederson is sensitive to the collective heartbeat of his players, which on getaway day was pounding a rhythm saying “let us go home for the summer!”

A blight for fans, but a sacred relief for the players…

Pederson was counting his blessings in the health department, and rightly so.

“Number one,” Pederson said, “our injured guys are healthier and our healthy guys are not injured. Quite frankly, that’s the biggest takeaway. We wanted to get better as a football team and I think we’ve done that. We’ve incorporated the rookies and we’ve incorporated the free agents. My new coaches from last year are all settled in this spring and that’s another big step in this whole progression, so those are some of the highlights.”

Doug commented on the position-by-position competition he anticipates when camp opens:

“I think it’s going to be great. That’s exactly what we want to see, even with the guys who are not out there yet,” Pederson said. “When those injured guys come back, it’s going to create even more depth and competition. That’s what I’m always looking for each and every year going into Training Camp. It just makes us better as a football team. You know, iron sharpens iron and it gives you a chance to really hone in on your schemes a little bit more.”

“Some of the young players who had a chance to play last year (Pederson named tight end Dallas Goedert and cornerback Avonte Maddox in his press conference) took another step in their progression, and that’s exciting for us.”

“I’m excited about what we did and what we have here and I expect the players to treat these next six weeks professionally. It’s important that they get away,” Pederson said. “They know they need to come back here ready to go. Take this break, make the most of it and understand that when you come back, the regular season is right around the corner. That’s kind of the message you leave them with.”

But no message for fans on how best to survive the Blight. For me, the solution in the past was to find a good long book related to Eagles history. But I’ve exhausted that library.

The Canadian Football League starts up this weekend. The Arena Football league is already underway. But somehow it’s just not the same.

Bah…we will make it through the Blight. We always do.