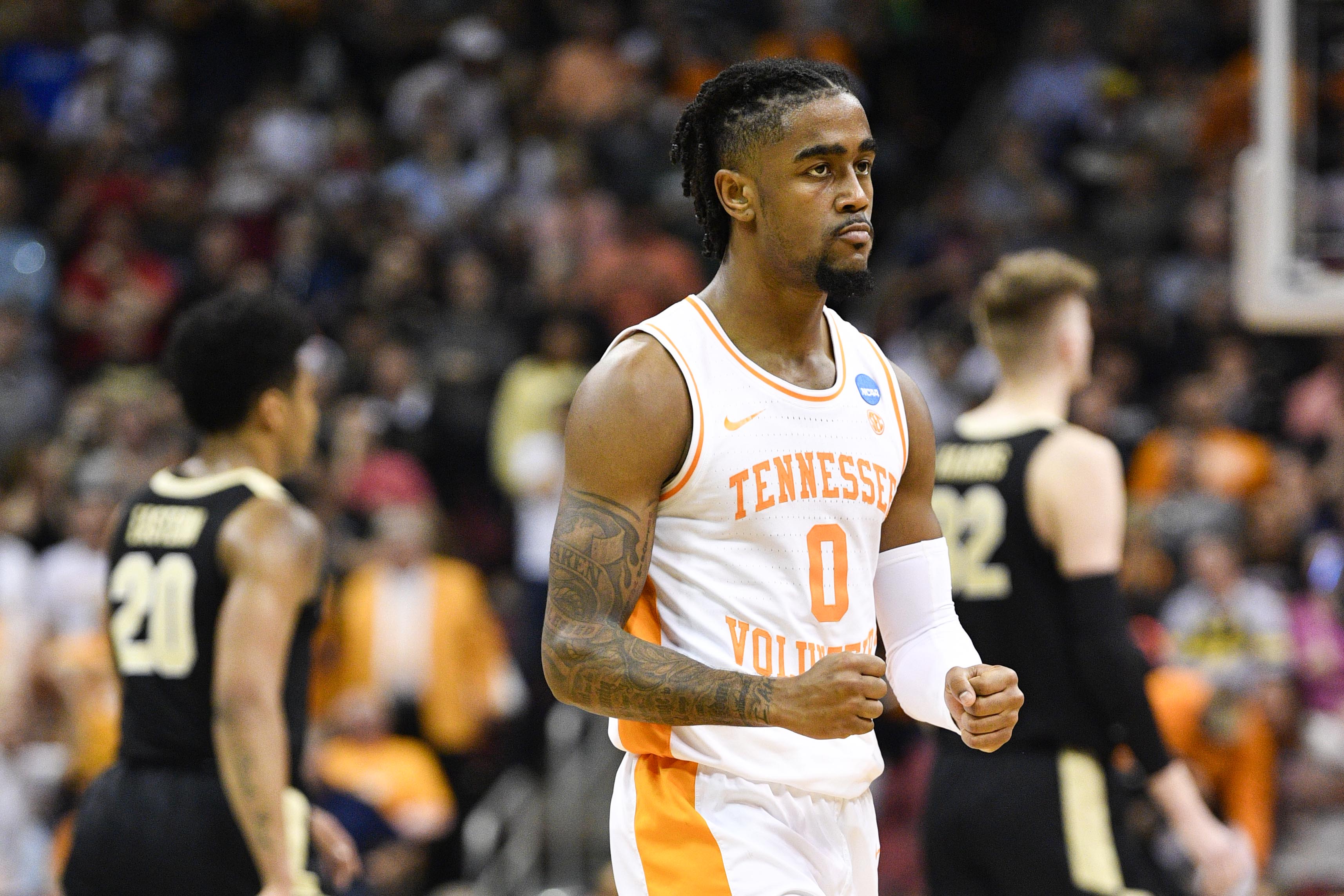 In the Washington Wizards ninth pre-draft workout on Saturday, they hosted Tennessee point guard Jordan Bone in an individual showcase instead of a typical six-man or even two-man workout. Bone spent three years in Knoxville and averaged 13.5 points and 5.8 assists per game in his most recent season for the Volunteers. The 21-year old is expected to be drafted in the second round on Thursday.

Of course, Washington does not have a second-round draft pick until 2023 so the only way they land Bone is if they buy into the second round costing them somewhere in the $3 million range or trading down in the first round to pick up an additional second round pick. Neither of those things are immediately likely given the Wizards are already asset strapped.

That is certainly not a knock against Bone who could turn into a Monte Morris type find as a second-round point guard. He is a top-10 point guard in this draft and wowed scouts at the NBA combine with his athleticism. He has good height as a point guard at a true 6-3 and is quick as a bullet.

“Show that I can shoot the ball well because at Tennessee I wasn’t the primary option so I had to get my teammates involved,” Bone said about what he wants to show teams in these pre-draft workouts. “Show my handle, show that I can come off of a ball screen, and make the right read at the right time. Just small things like that and showing them that my games is going to translate much better at the next level.”

Despite the concern of not having a long-term front office head, Tommy Sheppard continues to run things on an interim basis and fairly smoothly. Along with the likes of VP of Player Personnel Frank Ross, VP of Player Programs Ed Tapscott, and VP of Basketball Analytics/Salary Cap Management Brett Greenberg, all of whom were in attendance for Saturday’s workout at the team’s practice facility, Sheppard has the Wizards in a good position to make the best possible move with the No. 9 pick.

Things were uneasy under Ernie Grunfeld, to say the least, but with Sheppard’s energy and ability to have some laughs, he is hoping to turnaround a culture that has known to be in the toilet for years. He joked with assistant coach Kristi Toliver that she cannot be a role model for players if she is getting ejected in the first quarter as was the case on Friday when the Mystics played the Seattle Storm. With every passing day, the likelihood of Washington retaining Sheppard at some level approaches certainty as he will likely be the top decision maker during Thursday’s NBA draft as well as the start of free agency.

MLB Crackstreams Dodgers vs Reds Live Stream Reddit online: The Reds and Dodgers are two of the most fun teams to watch in Major (…)