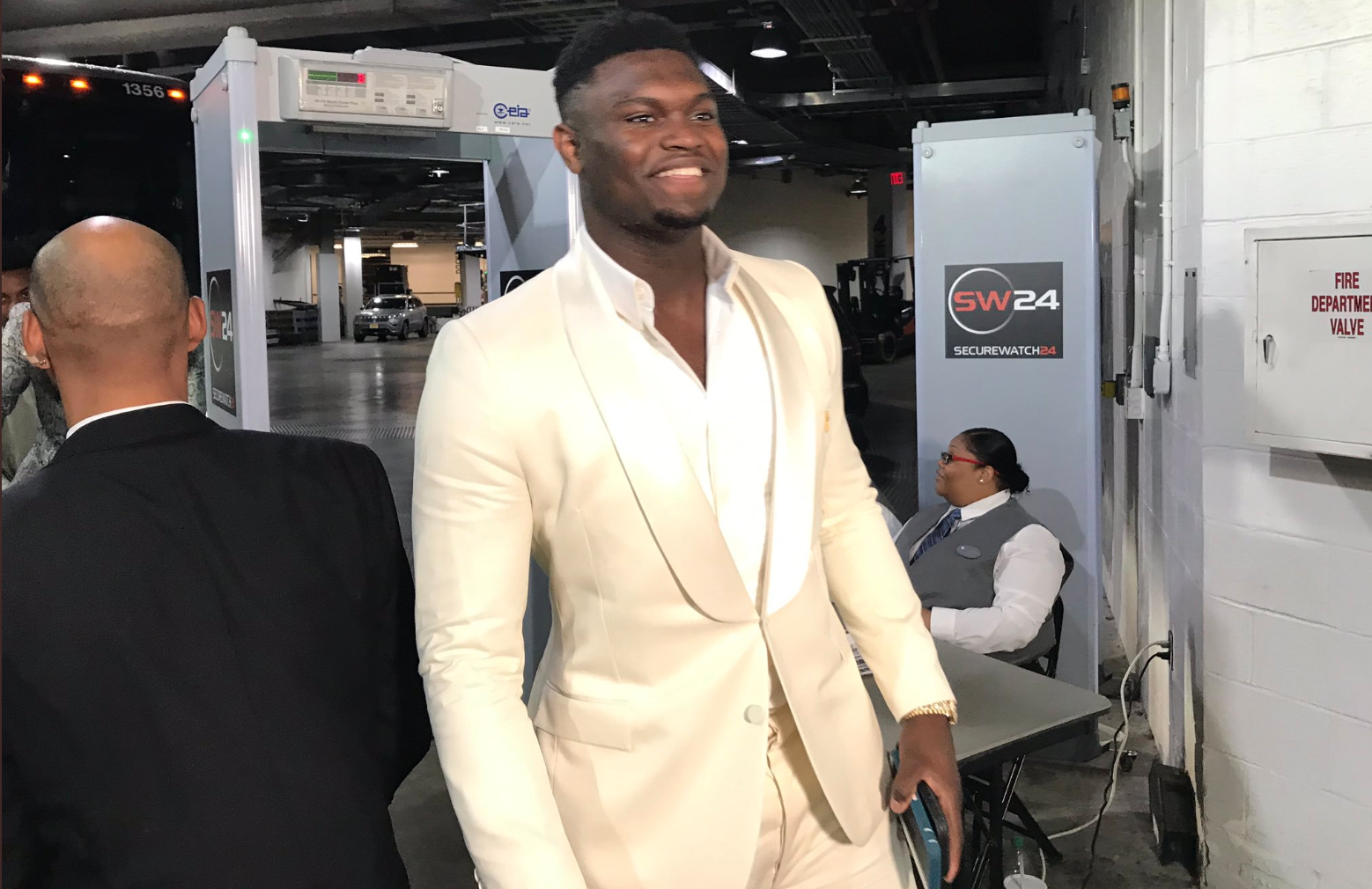 Duke product Zion Williamson is on track to be the first player selected in the 2019 NBA Draft, and he dressed the part for Thursday’s big event in New York City.

Williamson rolled up to draft night wearing a slick white suit, appearing to pay homage to LeBron James, who also wore a similar outfit back in 2003 when he was drafted. Check out the side-by-side comparison photos and see for yourself.

Zion trying to bring out the pearl white suit like LeBron 👀 pic.twitter.com/IUQYMq1chY

I can’t wait for everyone and their mom to post about Zion wearing a White suit just like Bron on draft night pic.twitter.com/dGe2xLRGOV

Zion Williamson on his white suit: "My game pops, but it's also smooth at the same time. My agent told me the cream white would look good against my skin, and I'll still be able to pop. So I trusted him, and right now I feel good." pic.twitter.com/CrhqX3brpq

Zion dressed like a pastor who used the tithe money to buy him a new suit pic.twitter.com/AMLBmZ5pka

That’s about as fresh as it comes, so props to whoever picked out Zion’s suit. He’s the most hyped player to enter the NBA since LeBron, so it appears he’s paying homage to LBJ.