Should the United States play in the Copa America tournament? 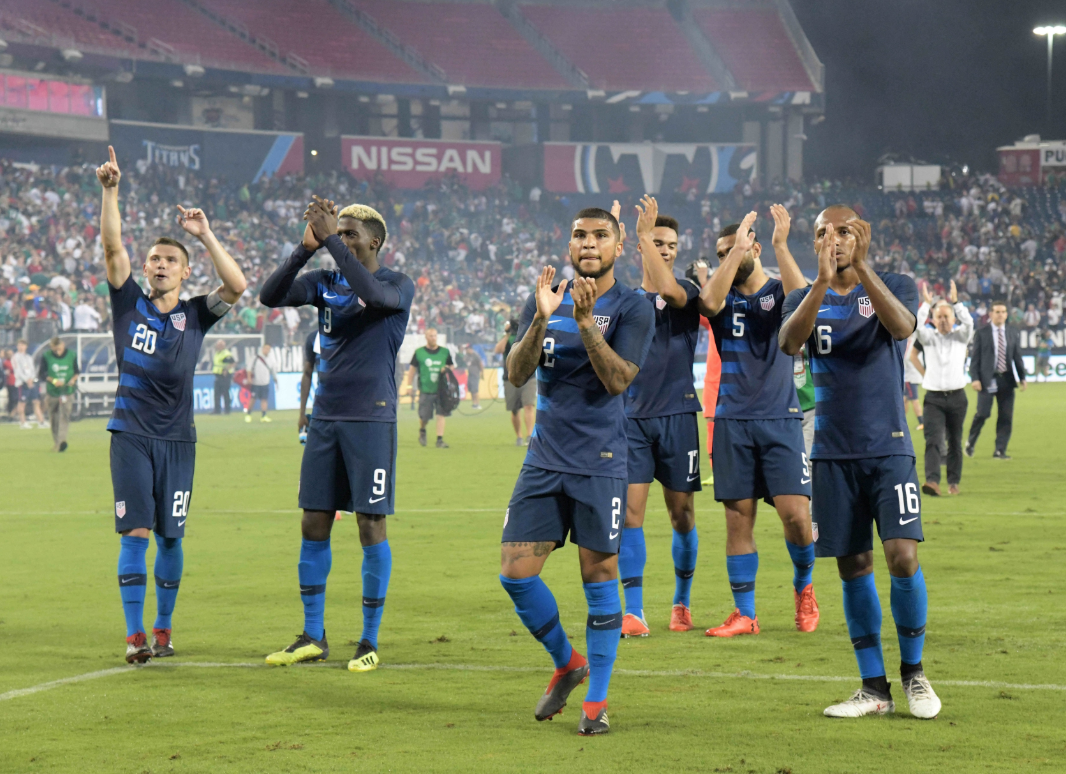 Should the United States play in the Copa America tournament?

With the Copa America and Gold Cup tournaments well underway, a total of 26 teams are competing for two trophies in two continents.  The 10 South American CONMEBOL teams (along with AFC squads Qatar and Japan) are FIFA-ranked no lower than 62nd.  The Gold Cup features 16 teams from the CONCACAF region, with only three of those teams ranked in the top 50.  With the United States currently undergoing a change in management and their overall roster, does it make sense for the United States to be playing against mostly lowly-ranked teams? What will this do to improve their quality of play against the more difficult competition they are sure to face in the future?

Recapping the U.S. Competition in the Gold Cup: After a thrashing of 177th-ranked Guyana, the Stars and Stripes will face 92nd-ranked Trinidad and Tobago and 75th-ranked Panama.  Upon completing group play, they will advance to the Round of 16 and play either El Salvador or Jamaica, neither a world soccer power. While Costa Rica might be considered a dark horse down the road, most believe that the entire Gold Cup tournament will come down to a final match between the United States and Mexico, widely regarded as the top two CONCACAF teams.

What’s the Problem: With the United States failing to qualify for the World Cup in 2018, changes were made to the management and player roster of the Stars and Stripes.  From a new USSF President to the appointment of coach Gregg Berhalter, the U.S. has begun to build a team that will qualify for the 2022 World Cup in Qatar and beyond.  Playing against CONCACAF minnows might boost your image at home, but it does little to test your players against stronger competition.

What’s the Solution: In the Copa America competition going on in Brazil, some of the best players in the world are competing to try to wrest the Cup away from Chile.  With ten teams already part of CONMEBOL, the two finalists from the 2019 Asian Cup (Japan and Qatar) were invited to round up the total number of teams to 12. While up until now neither team has underperformed in the tournament, imagine those two AFC teams being replaced by the top two CONCACAF teams, Mexico and the United States.  The Copa competition is far better than that of the Gold Cup. The new coach and players would be playing against tougher competition, generally in more “unfriendly” terrain. The chances of either team lifting the trophy in Brazil is far less than in the Gold Cup, but by playing against much tougher teams, the Stars and Stripes would immerge a stronger team overall moving forward to the start of the World Cup qualifiers.

What’s the Downside: As previously mentioned, the U.S. would have far less of a chance to win silverware in South America, and the games are played in a different continent.  Also, most of the teams in CONCACAF would be unlikely to compete in the Copa America. FIFA tends to favor the underdog teams and tries to improve the quality of those less competitive teams.  But realistically, how much will the status and quality of play for a team like Guyana be lifted by appearing in the group stage of the Gold Cup this year?

Is There a Precedent For This: With next year’s Copa America being played in both Argentina and Colombia (the first time it is hosted by more than one country since 1983), CONMEBOL has invited back Qatar as well as inviting Australia, both a part of the Asian Confederation of FIFA.  The Socceroos had for years been a part of the Oceania region, but after failing to improve as a team in a confederation of minnows such as Samoa and Tonga, they joined the AFC in order to play against tougher competition and improve the quality of their game.  While few of us are recommending that the United States move to a different FIFA confederation, improving the quality of the competition will ultimately improve the quality of our game and enhance our status (and level of play) on the world stage.