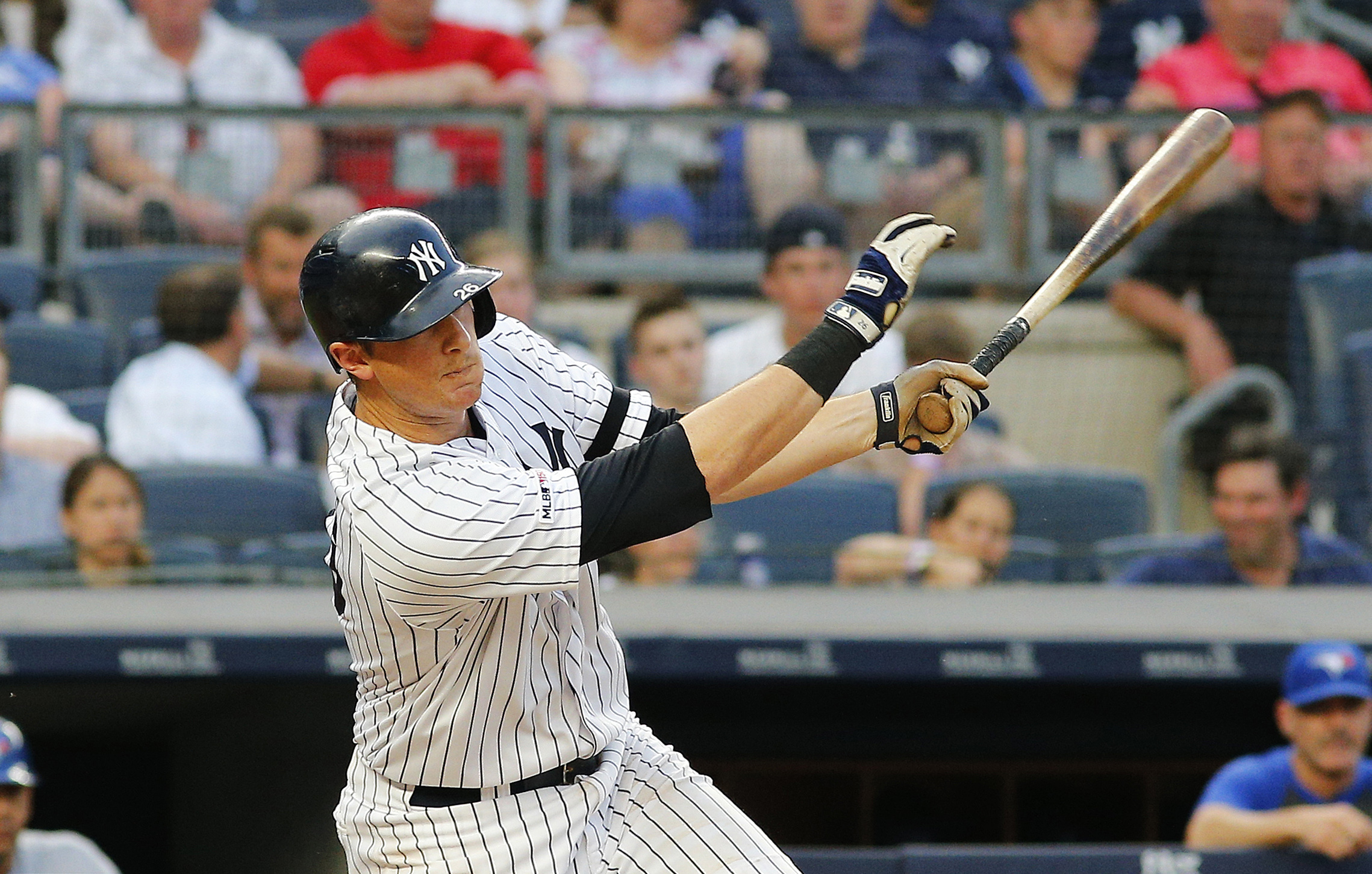 The New York Yankees have set the Major League Baseball record by hitting a home run in 28 consecutive games. The Yankees set the record when leadoff second baseman DJ LeMahieu hit a first inning home run off of Toronto Blue Jays starting pitcher Clayton Richard in a 4-3 Yankees win at Yankees Stadium on Tuesday. It was one of four solo home runs hit by the Yankees Tuesday as Edwin Encarnacion, Aaron Judge and Gleyber Torres also hit home runs.

The Yankees set the record previously set by the Texas Rangers, which had a 27 game streak with hitting a home run in 2002. The 2019 Yankees streak saw 14 Bronx Bombers hit a remarkable 51 home runs.

The last game the Yankees did not hit a home run was on May 25 in a 6-5 win over the Kansas City Royals. In this 28 game stretch with a home run, the Yankees have a record of 17 wins and 11 losses. They are five and a half games ahead of the Tampa Bay Rays and in first place in the American League East.

However even though the Yankees have had this amazing power surge, they still do not lead Major League Baseball in runs scored. With 439 runs, they trail the Minnesota Twins and Texas Rangers who each have 440 runs.

On the season, Gary Sanchez leads the Yankees with 23 home runs. Five other Yankees are in double digits in home runs as Torres has 20 home runs, Luke Voit has 17 home runs, LeMahieu has 12 home runs, and Brett Gardner and Clint Frazier each have 11 home runs.

The fact that the Yankees have had no problem hitting home runs could be surprising to some when they have had an immense amount of injuries in 2019. Among the Yankees who have been hurt include Giancarlo Stanton, Aaron Judge, Miguel Andujar, Greg Bird, Jacoby Ellsbury, Didi Gregorius and Troy Tulowitzki. Yankees general manager Brian Cashman deserves a lot of credit for bringing in a lot of depth to the Yankees this season.