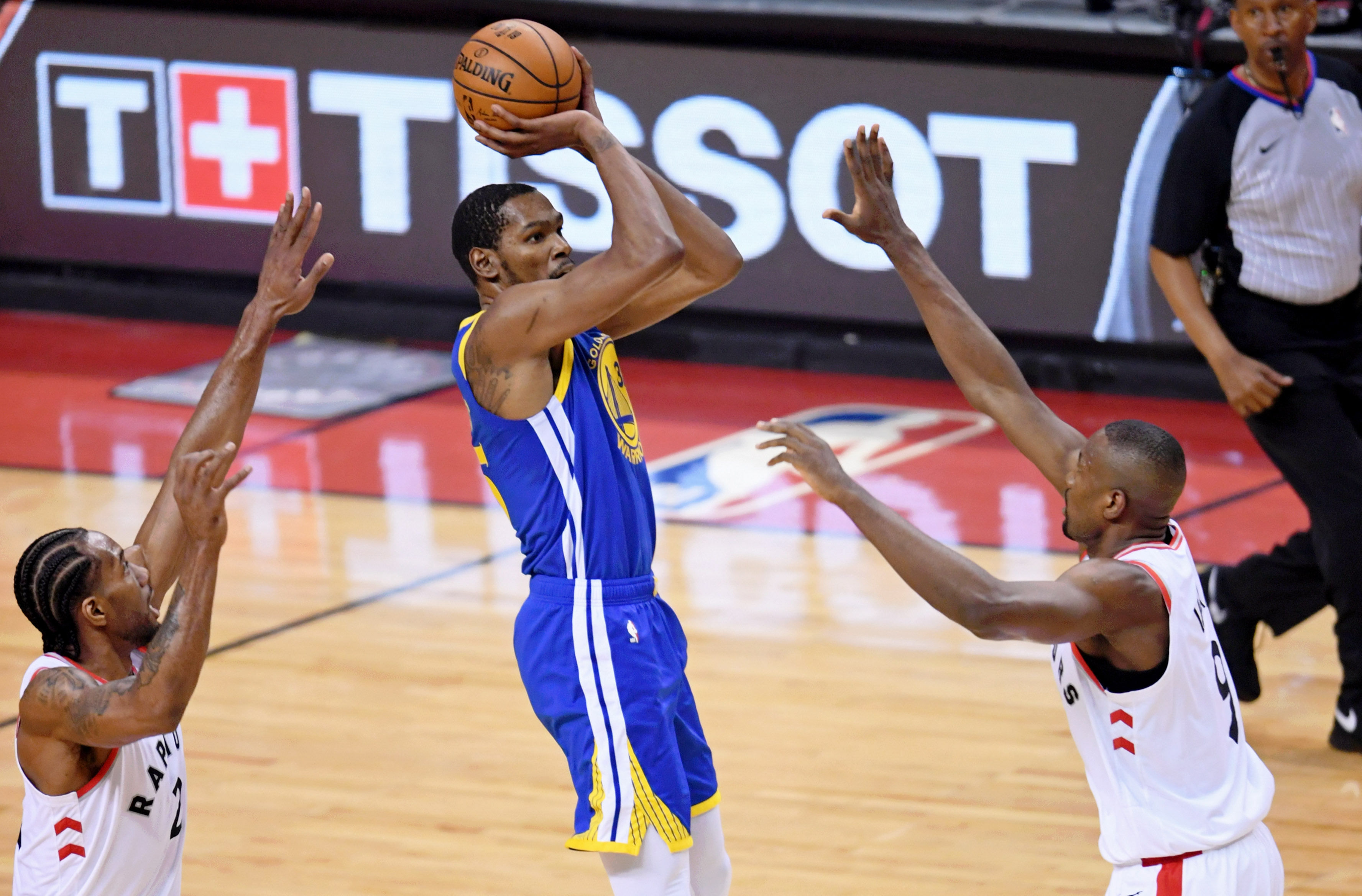 Kevin Durant and Kawhi Leonard recently squared off in the NBA Finals — on opposite teams — but don’t be surprised if they’re suiting up on the same side next season.

The latest rumors indicate that the two could team up and turn one of the franchises with cap space for two max deals — Clippers or Knicks — into a potential superteam. A report from Shams Charania of The Athletic provides the details. It reads:

Rival executives told The Athletic they believe Durant has considered a possible partnership with Leonard throughout the pre-free agency process so far. For the Clippers a potential duo of Leonard and Durant is the pitch they believe will trump any others — including Brooklyn’s [with Durant and Kyrie Irving].

All of a sudden, after it looked as if they’d swing and miss, the Knicks appear back in play for one or even two superstars.

This is interesting, because LeBron James has been openly recruiting Kawhi Leonard to the Lakers. LBJ has already spoken with Leonard, and a recent report even stated he’d be willing to take on more of a “complementary” role, letting Leonard lead the team.