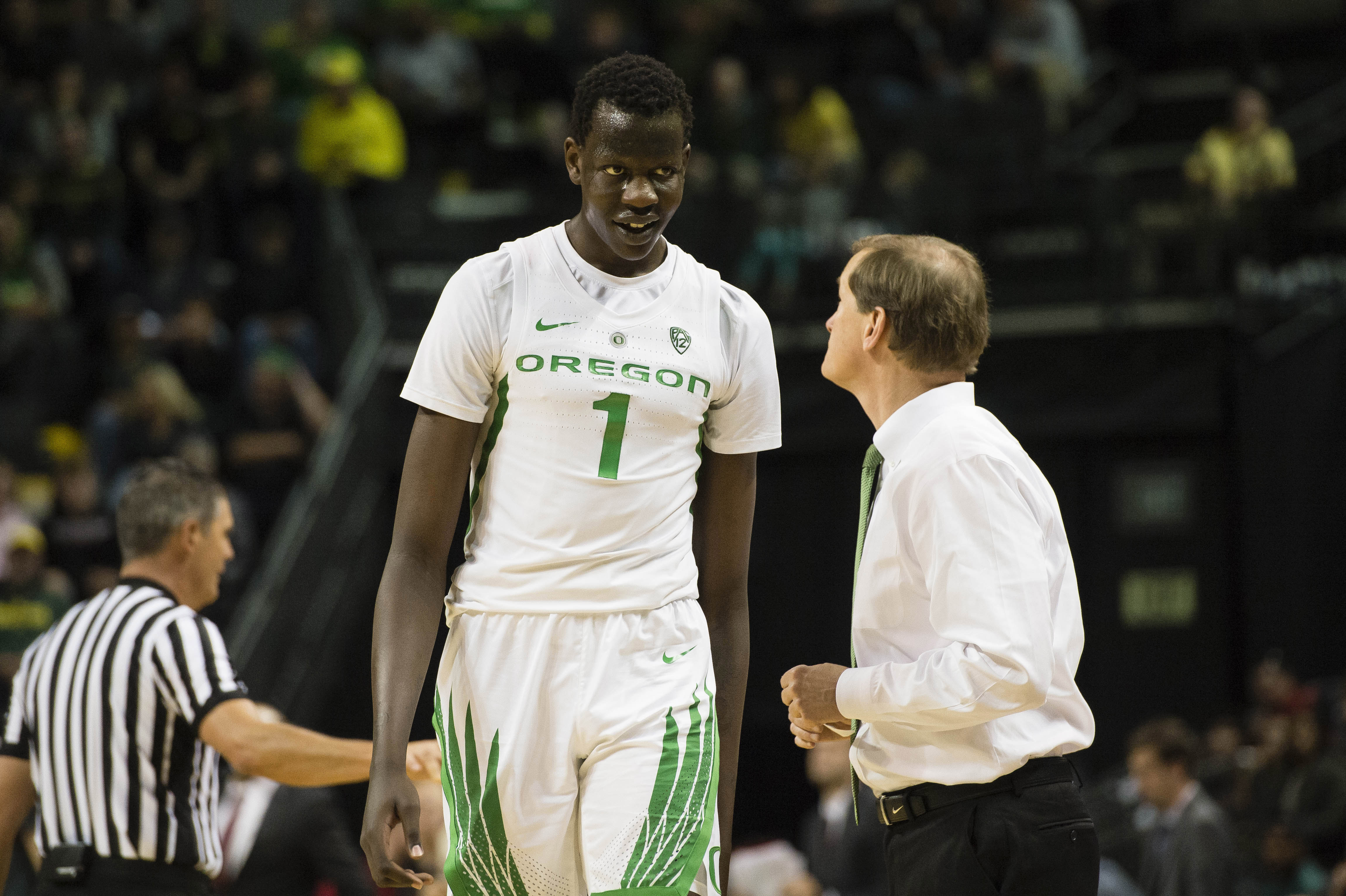 I have to start out by saying that I’m mad. I’m mad because what happened to Bol Bol in the 2019 NBA Draft makes no sense. We live in an era of the NBA where we have 7-foot tall men shooting 22 feet from the basket because it’s more efficient to do so. Yet, we live in the stone age when we think about the draft and medical history. I don’t know the extent of Bol Bol’s medicals, but let’s just be honest. NBA GMs are scared. Scared of taking any risk that might make them “look bad.” They’re scared to not gain any return on their “valued” draft picks they spend accumulating or shipping off all season. If they are so valuable, then why did the Warriors draft Jordan Poole 28th overall? He wasn’t even supposed to be drafted in some mocks!

With all this being said, Bol Bol is another “risky” prospect who’s full of talent that GMs will learn to regret. Here’s why:

1. Bol Bol’s skills are perfect for the modern NBA.

Centers in today’s NBA need to be able to have the following list of skills.

Now anybody with all of these skills would be the perfect center and Bol Bol legitimately has 3 of the 5 skills. He’s an excellent shooter from 3-point range (52% in college), and has natural shot blocking skills as well (2.7 BPG). He even adds excellent ball handling skills and showed off tough shot making while at Oregon. His talent is far beyond those of most players his size. Without his injury, he would have easily been a top-10 pick in this year’s draft.

2. Second round picks are overvalued already

From 2003 to 2013 a total of 330 players were taken the the 2nd round of the draft. Of that number, those players fall into the following categories, according to the Cauldron:

For reference, the average career for an NBA player is 4.5 years, regardless of draft status.

Every GM assumes that every single pick needs to last 10 years as a pro, when in reality, being short sighted is not a disadvantage. You have to pick talent when it is there. Let’s say, theoretically, Bol Bol’s foot injury means he could only play 6-7 years in the NBA. Brandon Roy had a similar length career and impacted his teams greatly. Are you telling me that you wouldn’t take 6-7 years of a player who averaged 18.8 PPG over his career? NBA players rarely last long in the league as it is and getting production from any 2nd round pick is a luxury. If you hit on Bol Bol, you are getting a starting level player with a ton of upside.

3. Denver Knows what they are doing

Bol Bol is slight, at 208 pounds, but he has time to put on weight. Have we not seen the photos of Giannis Antetokounmpo when he was drafted? Giannis wasn’t the perfect size when he entered the league and now, he’s a dominant physical force. Good NBA franchises know how to transform NBA bodies and Denver just so happens to have some recent training with Nikola Jokic.

Denver has a deep roster already, and can let Bol Bol train, get stronger and then let him hit the floor running. Bol Bol also has no pressure to produce right away.

The NBA is about stars, and you either have them or you don’t. Why do you think Minnesota is frantically working to find another star to play with Karl Anthony-Towns? Because one star doesn’t do it anymore in today’s NBA. In a league where stars are needed more than ever, you need to take risks. Talent like Bol Bol doesn’t always come around, so passing on him is not only stupid, but irresponsible for building your team’s future. Your team has to be focused on the process over the results. You have to see the larger picture as an NBA franchise. Denver knows they are not a high priority destination for free agents, so developing home-grown talent is the only way to get stars. Bol Bol has the chance to be a star and Denver got him with the 44th pick.  Injury histories have pushed players like OG Anunoby and Malcolm Brogdon down draft boards, and the Raptors and Bucks are better for it.

Bol Bol is a very unique talent, but he won’t be the last player of his kind to be knocked by the process due to injury history. The NBA is about accumulating talent, and an injury history shouldn’t scare teams like it used to. Kevin Durant is coming off of an Achilles tear and teams are lining up to pay him $200 million or more. So why should it be different in the draft? You should always bet on talent, and Bol Bol is going to show why.