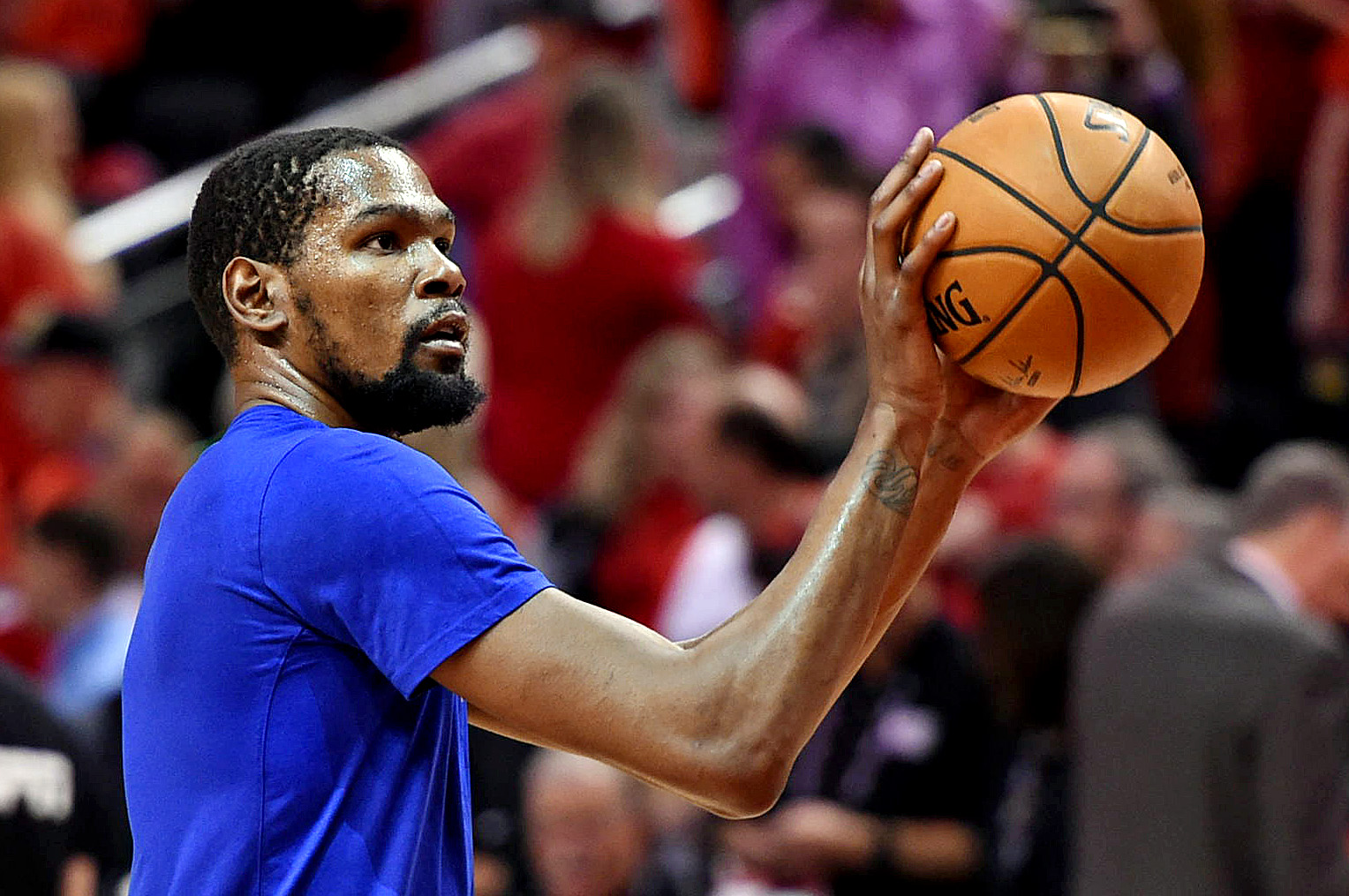 ESPN “First Take” co-host Stephen A. Smith dropped a bombshell on his show on Wednesday, but the played it involved is claiming it’s false.

Smith went on his show and spoke about Kevin Durant’s departure from Oklahoma City, specifically why it caused friction between him and former teammate Russell Westbrook. He stated that KD initially informed Westbrook that he was staying in OKC the night before meeting with the Warriors in the Hamptons, but later went back on his word.

“One of the things that has never been talked about was what transpired, and why the friction between him and Russ existed,” Smith said, as transcribed by For The Win. “It wasn’t because Kevin Durant left, it was how he handled it.

According to what I have been told, the night before Kevin Durant flew to the Hamptons and the other four dudes – Iguodala, Draymond, Steph and Klay – met with him, Kevin Durant had dinner with Russell Westbrook, Nick Collison, I think Royal Ivey, but I’m not sure. And literally looked Russell Westbrook in the face and told him ‘I’m not leaving, I’m staying.’ And then went to the Hamptons and announced that he was going to Golden State. And when that happened, he didn’t pick up the phone thereafter and call Russell Westbrook. He texted. Never even called.”

Not only that, Smith, later in the show, said KD reached out to him and claimed that the information in his report was false.

“Kevin Durant reached out. Said it’s BS what I’m saying. I should check my sources, you understand? And that’s all he said. He did not elaborate, but I want to make sure I’m fair.”

…. I will say this. Someone’s lying on you. I will take that back. Multiple people are lying on you, KD, if that’s BS.”