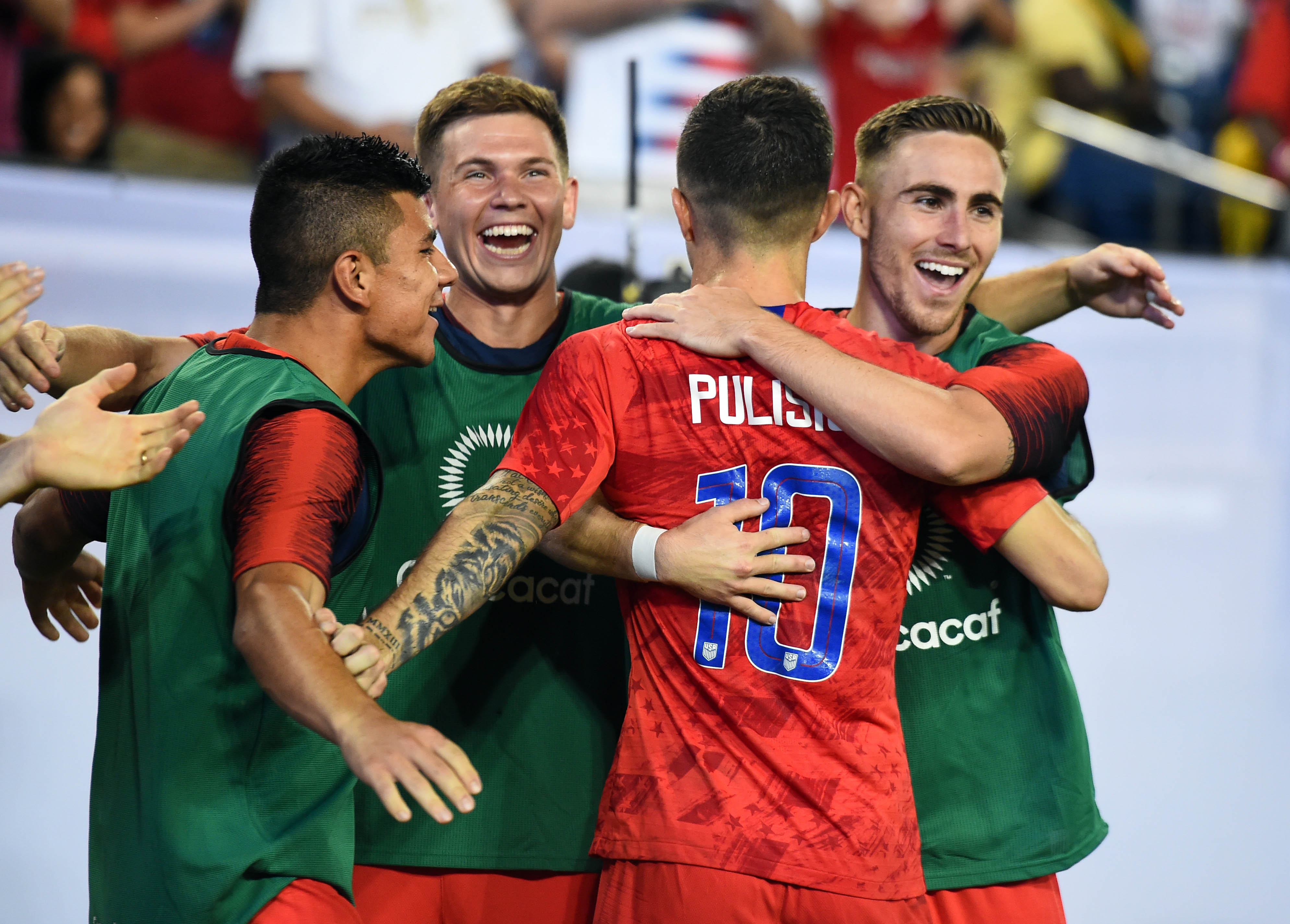 Sunday will be a stellar day for soccer fans, as three major summer tournaments will play their final match to determine each tournament’s respective winner.  With the world’s top players competing for their nations’ glory, we take a closer look at which country will be lifting the winners’ trophy on Sunday.

Women’s World Cup-United States vs. Netherlands: The women have the first match of the day, with kickoff scheduled for 11am ET.  Both teams have featured in close matches to arrive at the finals. For the Stars and Stripes, they endured a physical match against Spain, then beat host country France and a highly rated British team.  The Netherlands are somewhat of a surprise to be playing in the finals, having defeated lesser opponents Japan and Italy before upsetting Sweden in their semi-final match.

Keys to the Match:  In a word, depth.  Dutch midfielder Danielle van de Donk has already promised to hold striker Alex Morgan scoreless on Sunday. But even if that happens, Rapinoe, Press, Heath and others are all potential goal-scoring threats.  Look for this match to be far more attack-minded than the Sweden game, with the USA running up and down the flanks against the Dutch. While the Netherlands cannot be overlooked as a formidable opponent, the American women will back up their swagger with quality play and will win the match 3-1.

Copa America-Brazil vs. Peru: With kickoff scheduled for 4pm ET, this CONMEBOL match represents the culmination of some of the most entertaining soccer the world has to offer.  While almost everyone assumed that host country Brazil would be competing in the final match at the Maracana stadium in Rio de Janeiro, few expected their opponent to be Peru.  After the Group Stage of the Copa, Peru managed to hold a strong Uruguay squad scoreless in regulation time while advancing on penalty kicks. They then beat Chile, who had won the last two Copa Americas, by a convincing score of 3-0.

Keys to the Match:  Defense.  While in the past Brazil has always been known for their goal-scoring flair, coach Tite has made the defense of the Samba Boys a priority.  As a result, Brazil has yet to cede a goal in the five matches they’ve played thus far. First time goalkeeper Alisson has kept clean sheets with the assistance of 36-year-old defender and team captain Dani Alves, who took over as captain when Neymar was injured just before the start of competition.  Brazil will be missing Willian due to injury but have more than enough weapons in their arsenal. Peru, to their credit, has shown an energy level on the pitch that many of their opponents have seemed to lack, which is a large part of the reason they are Brazil’s opponent on Sunday. But Peru has lost previously in this Copa to the Selecao 5-0, and it’s hard to see how they can win on Sunday. Expect host country Brazil to be hoisting the Copa trophy by beating the Incas 4-1.

Gold Cup-United States vs. Mexico: As the third Cup competition scheduled for a 9:15pm ET start, the two teams in the final match surprise no one.  What is a surprise is how close some of their matches have been along the way, with neither team convincingly defeating underwhelming opponents.  El Tri got to the finals by beating Costa Rica in penalty kicks and then squeezing by Haiti 1-0 in extra time. The Stars and Stripes managed to beat Curacao 1-0 before defeating Jamaica 3-1 after a massive storm delay.  To be fair, both teams are largely playing their “B” squads, with Tata Martino’s Mexico team suffering additional injuries along the way.

Keys to the Match:  While both teams have fielded players to successfully get them into the Gold Cup final, the United States has a slight edge at the midfielder position.  Christian Pulisic and Weston McKennie have both played well in the middle, which is often where the game is won or lost. Mexico’s midfield has not played nearly as well, which has kept striker Raul Jimenez’s offensive output to a minimum.  Expect this to be a hard-fought, low scoring affair, with the host country United States lifting the Gold Cup trophy via a 2-1 win over El Tri.