Tough break for Suds and Eagles in PS1 loss to Titans 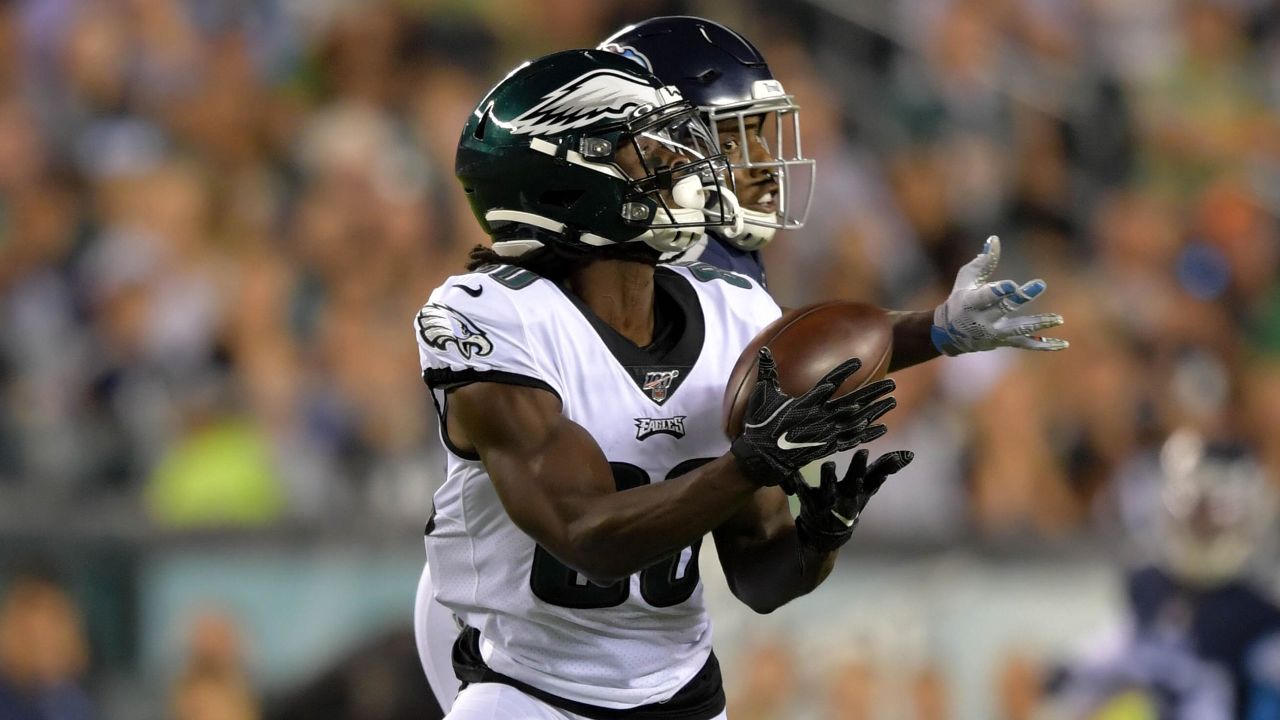 Tough break for Suds and Eagles in PS1 loss to Titans

There was plenty of good news to absorb at the Linc Thursday night, especially the advanced progress of TE Dallas Goedert, the route-running of rookie Arciega-Whiteside and the line play of Dillard and Malaita at the tackles, as none of the first-team starters played for the Eagles offense. Tennessee on the other hand started their first-team defense.

Nate Sudfeld looked sharp at QB, but he suffered a broken left wrist in the 2nd quarter when he landed awkwardly on his back after a busted play which actually drew a roughing-the-passer penalty. Expect Suds to be out of action for at least 8 weeks, maybe more. That opens up the backup QB picture in a big way.

The final score was Titans 27, Philly 10. But Sudfeld had a nice first half before the injury. Sudfeld threw a 75-yard touchdown pass to Marken Michel and finished 10 of 18 for 177 yards.

Cody Kessler relieved Sudfeld but was somewhat ineffective, especially after he too got his right hand banged up on a late hit.

That left Clayton Thorson to finish up for the Birds. He does not look like “the Answer” at backup QB at this time.

So looks like GM Howie Roseman will be shopping for another QB to back up Carson Wentz. Suddenly, Colin Kaepernick is relevant again?

Mariota played one series, completing 4 of 8 for 24 yards. Tannehill was 12 of 16 for 130 yards. The Titans clearly took advantage of some confusion among the Eagles’ backup linebackers.

(Tannehill is adjusting to a backup role for the first time in his eight-year career. He started every game he was healthy to play — a total of 88 — with the Dolphins and didn’t miss a game from 2012-15.) Tannehill had a 1-yard TD pass to MyCole Pruitt and a 23-yarder to Anthony Firkser. Woodside hit Cody Hollister on a 25-yard score and Tanner McEvoy on a 17-yard scoring strike.

Hollister looked great—either that, or our DBs were giving him way too much room to operate.

We’ll have a better feel for the Birds’ overall picture when the starters play for them next week against Jacksonville.