[VIDEO] D’Angelo Russell and Kevon Looney’s visit to Chase Center was symbolic and, oh, a leak of sorts 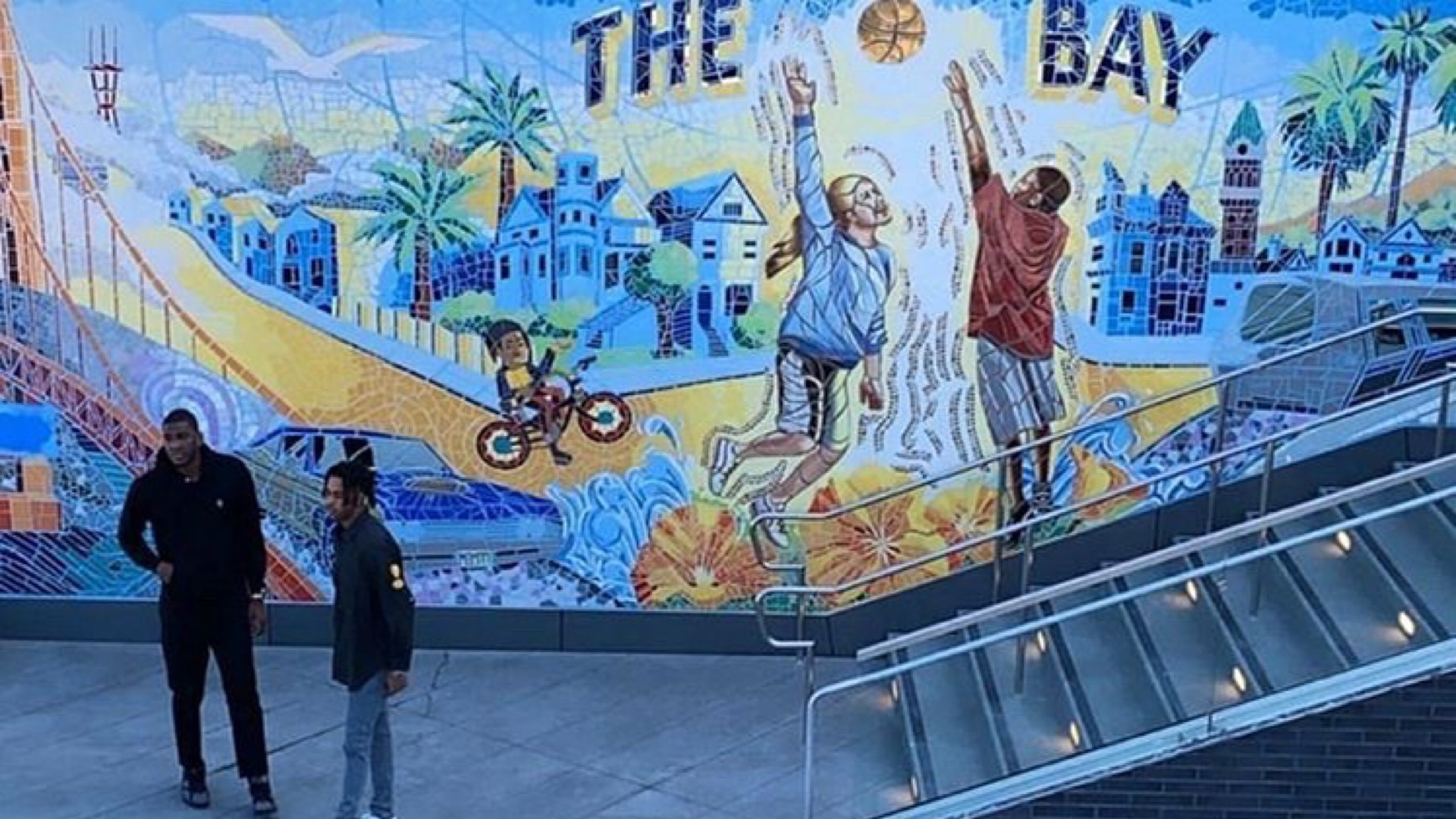 [VIDEO] D’Angelo Russell and Kevon Looney’s visit to Chase Center was symbolic and, oh, a leak of sorts

SAN FRANCISCO, CA — D’Angelo Russell’s posting on IG story of him and Kevon Looney near a modern-looking, near-empty building with a mural of the Golden Gate Bridge and a boy and a girl playing basketball with the words, “THE BAY” proudly self-labeling that work of art, was at none other than Chase Center, the Golden State Warriors’ new arena set to open in September 2019.

How do we know it was Chase Center? Well, that very mosaic mural is talked about in a video on Chase Center’s Facebook page. We found it after exhaustive Google searches on images of basketball or “Bay”-related images that proved fruitless.

The irony? The mural is supposed to be unveiled to the general public on August 28, although our sources tell us that season ticket holders will get a first look this weekend on Sunday, August 25. Media will get a tour on Monday, August 26th.

So Russell leaked the mural, sort of. After all, most of the mural was self-leaked in Chase Center’s clip. Meanwhile the talk of #WarriorsTwitter was the fact that this was probably the first time Russell and Looney has hung out, a good sign of chemistry and bonding that will start when NBA training camps open in late September.

However, with Chase Center still in progress and very likely with tight security measures in place, one can reasonably assume that the pairing could have been drum up by Warriors PR, perhaps for a Warriors TV segment in which Russell and Looney symbolize the dawning of a new era in light of the closure of Oracle Arena.

Speaking of which, we felt it was a good opportunity to finally post the pictures of Oracle Arena’s signage coming down, along with Stephen Curry’s IG story saying he’ll miss the place, all the while playing E40’s Warriors anthem in his vehicle: