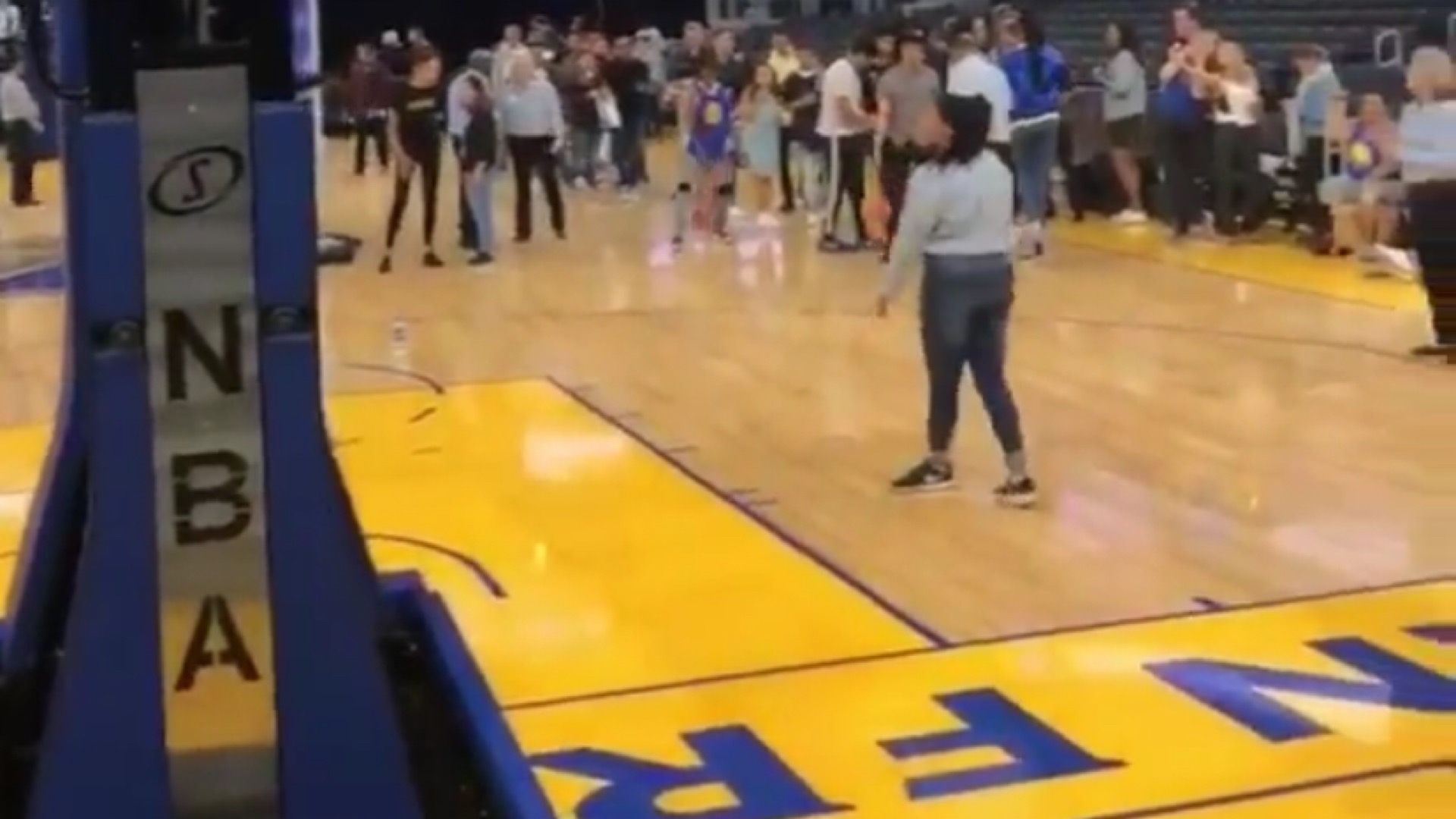 SAN FRANCISCO, CA — On Thursday, August 21, 2019 Chase Center opened its doors to a large gathering of people for the first time as the Golden a State Warriors invited employees, family and other associates VIPs to an Open House at their new arena in San Francisco.

After watching the 14-minute video, scroll down for a Top Ten list!

How many times did you say, “Wow!”? Here are my Top Ten observations from all of the clips that were compiled. Keep in mind that we’ll get a Media Tour on Monday and season ticket holders get theirs Sunday (tomorrow).

10) The live band so close to the floor. When the Warriors had them at Oracle, they were a bit higher in the stands. The silver lining is that most people can’t afford the seats where the new band will play, anyways. So it actually leaves more affordable seats available. Maybe the GSW brass also thought of that.

9) The suites are immaculate. But how many of us will ever actually watch a game from one of them? Low key, though, I personally think those a better-suited for concerts. Who would want to lie down on one of those couches in between blaring sets? Take a break during a slow song. Perfect. Meh, I’ll never afford to be at a Chase concert in a suite anyways. 🤷🏻‍♂️

8) All the art tributes in the hallways separating the suites, but especially the nod to E-40.

7) The glass partitions where people can move across horizontally. Honestly, I hate arenas that don’t have pathways across rather than just up and down. Seems like there’s more accessibility left and right at Chase.

6) The free headphones for the babies. Ingenious. Sooo many Warriors babies will now appear on Instagram because those headphones look cute.

5) The lounge — at least I’m assuming it’s the one that has the blue hue and leads to the upper deck in the video — seems like it has the same vibe of Oracle’s BMW lounge. That was such a nice postgame meeting place for not only fans but also players. Let’s hope the players can still access this one rather easily.

4) The food is a significant step up from Oracle. That wasn’t a high hurdle to get over, mind you. Lol.

3) The NBA’s now-biggest jumbotron. So, so needed for the folks relegated to the “nosebleeds”.

2) The nosebleeds actually don’t seem as high up as they were in Oracle. I’ll have to verify this with Warriors PR and with my own eyes at the Media Tour. Also seems like the championship banners are bigger and almost feels like you could reach out and grab them. It was not as intimate at Oracle. Guess the thought of banners never crossed the mind of Chris Cohan back when Oracle was renovated. Haha.

1) The “SAN FRANCISCO” on one of the baselines. Uhh, are you sure you want to even further alienate your East Bay fans, Warriors? Granted, we’ve learned that there is one of four court designs that repaints that to “THE TOWN”, but the decision for SF makes you wonder if there was a vote inside closed doors of the offices of Rick Welts and Joe Lacob and company. Was keeping “Golden State Warriors” in favor of “San Francisco Warriors” a close call and is this baseline a nod to those who may have voted for “SFW” instead of “GSW”? Do they not read Marcus Thompson? The arena is already in San Francisco. Labeling it as such is a slap in the face to Oakland, IMHO. And I’m a guy who has been a native San Franciscan for the past 20 years and actually applauded the move. I just don’t like to see my brethren on the East Bay anymore saddened than they already are. /end rant

See you Monday! Btw I plan to livestream from Chase Center, assuming either the cellphone reception or media WiFi is strong enough.