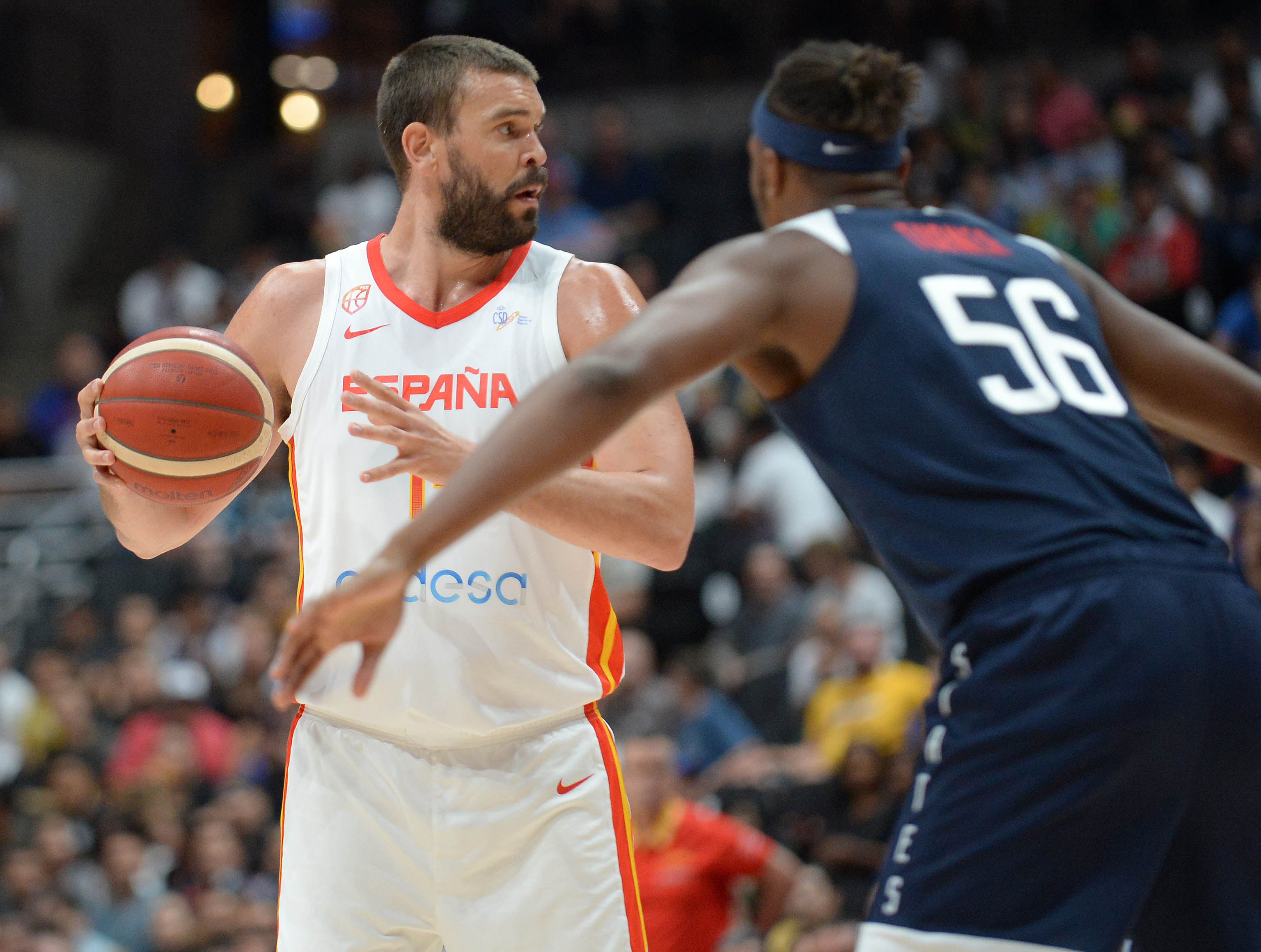 The final is set for the 2019 FIBA Basketball World Cup.Two Spanish speaking nations will play in the gold medal game as Spain will play Argentina on Sunday from the Wukesong Arena in Beijing.

In the semifinals on Friday, Argentina trounced France 80-66 and Spain defeated Australia 95-88. The fact that France lost to Argentina by 14 points may have come as a bit of a surprise because they had just beaten the United States 89-79 in the quarterfinals on Wednesday.

In Argentina’s victory over France in Beijing, China, Shanghai Sharks power forward Luis Scola led Argentina with 28 points. Other Argentina players who reached double digits in scoring were Gabriel Deck (13 points), Facundo Campazzo (12 points) and Luca Vildoza (10 points). Deck, Campazzo and Vildoza all play professionally in Spain as Deck and Campazzo are with Real Madrid, while Vildoza is with Baskonia.

Scola led Argentina with 13 rebounds, as he recorded the double double, and Campazzo led Argentina with six assists. Even though Scola is currently playing professionally in China, he has 10 years of experience in the NBA with the Houston Rockets, Phoenix Suns, Indiana Pacers, Toronto Raptors and Brooklyn Nets. Scola’s best season came with the Rockets in 2010-11, when he averaged 18.3 points per game.

In Spain’s 12 point win over Australia, Spain actually needed double overtime to be victorious. The game was tied at 71 after regulation and then at 80 after the first overtime. Spain was led in scoring by Toronto Raptors center Marc Gasol, who had 33 points. Other Spanish players who reached double digits in scoring were Ricky Rubio of the Utah Jazz (19 points) and Sergio Llull of Real Madrid (17 points). Rubio meanwhile led Spain with 12 assists and seven rebounds.

The 2019 basketball season has the potential of being a magical one for Gasol. In June he played an instrumental role for the Raptors in guiding them to their first NBA Finals victory in franchise history.