Domo likes the Eagles in must-win-trap vs. Lions 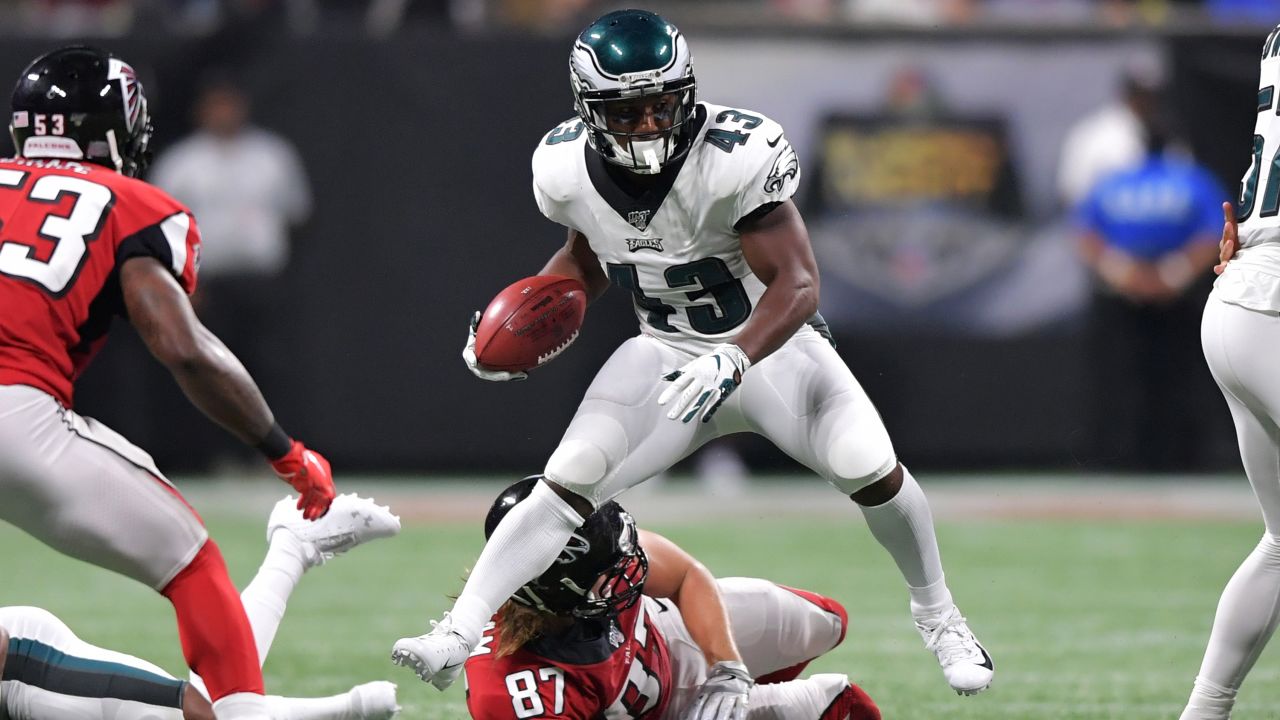 Domo likes the Eagles in must-win-trap vs. Lions

So as of this writing, I am knocked out of the KOH (King of the Hill, WIP Survivor Pool, etc.) because I foolishly chose the Tennessee Titans to prevail over the struggling Jacksonville Jaguars. My thinking (and it doesn’t matter what I think now) was that QB Marcus Mariota (Titans) was due for a good game, and rookie QB Minshew (JAX) would wilt under the prime-time lights. I was also guilty of wanting to add some gmish to a game that looked like it could be a stale stew on the Thursday night schedule.

At least I was right about the stale part. A driving rain in Jacksonville didn’t help, but the game itself was awful through three quarters by the time I sat down to type this. Mostly it was Tennessee who was awful. I will never again complain about a slow start on offense by the Eagles. The Titans had no start!

Holding penalties galore on the Titans, too. As the great Tom Brady tweeted, it was unwatchable. Looking back, it’s hard to believe the Eagles lost to the Titans not that long ago.

This is what happens when you think you can outsmart the KOH/Survivor gods. I got caught looking ahead to the next opponent Miami plays instead of picking Dallas this weekend.

I also thought the Jaguars might hold CB Jalen Ramsey out of the game if they were truly going to trade him this week. They did not. I don’t want him on the Eagles, but that’s another story for another day.

As the 1-1 Eagles prepare to host the 1-0-1 Detroit Lions this Sunday, they are looking at what many of you have called a “Must Win” combined with a “Trap Game”, that rare double dutch bus.

We haven’t given Paul Domowitch of the Inquirer any press yet this year, so it’s high time we get the “DOMO” scouting report on this upcoming game.

“The Lions haven’t been very good against the run in their first two games. They’ve allowed 124.5 yards per game and 5.2 yards per carry. They’re giving up 5.4 yards per carry on first down.”

So, according to Domo, somethin’s gotta give… Through two games, an Eagles offense that upgraded the running-back position in the offseason and supposedly has one of the league’s top offensive lines is 23rd in rushing (86 yards per game) and 28th in rush average (3.3).

Passing the ball against the Lions appears to be a challenge, especially since the Eagles will be without their two top receivers (Jeffery and Jackson). The Lions had five sacks vs. Arizona in Week 1, but just one last week vs. Philip Rivers and the Chargers. Still, they have the league’s eighth-best opponent passer rating (74.4), have given up just two passing touchdowns, and are fourth in opponent completion percentage (55.6).

According to Domo, the Eagles’ passing game must be established in order to set up the run. In traditional thinking, it’s usually the other way around.

But this is an unusual game.

The Lions are going to try to win with the more traditional formula:

“Under new offensive coordinator Darrell Bevell, the Lions are running the ball more frequently, but not necessarily any better. They’ve averaged 30 rushing attempts in their first two games, but are only 26th in rush average (3.5).

“Kerryon Johnson is their primary back, but they sprinkled in sixth-round rookie Ty Johnson last week. Ty Johnson had 36 yards on six carries last week against the Chargers. Five of those six carries came on first down. Kerryon Johnson, a 2018 second-round pick, is a three-down back who averaged 5.4 yards per carry last year on 118 rushing attempts. He’s a strong runner with decent speed and explosion.”

And of the Lions’ passing game, Domo says:

“Matthew Stafford is off to a good start. He has thrown five touchdown passes, is averaging 8.4 yards per attempt and has a 102.6 passer rating in the Lions’ first two games. He has a fairly experienced offensive line in front of him that has allowed just two sacks in two games.

“WR Kenny Golladay and Marvin Jones are difficult coverage matchups. Golladay, who is 6-foot-4, had 70 catches and averaged 15.2 yards per reception last year. The 6-2 Jones is a vertical threat who has 14 TD catches the last two seasons. Slot receiver Danny Amendola is almost 34, but still knows how to get open.”

The Lions also have a true tight end. First-round rookie TE T.J. Hockenson is out of the Gronk/George Kittle mold. He’s an excellent inline blocker. He’s not a dynamic receiver, but is very effective in the short and intermediate areas.

Meanwhile, it’s early, but the Eagles are 31st in passing yards allowed (340 per game) and are tied for 31st in touchdown passes allowed (6). They have just two sacks in two games. Their interior pass rush has been hurt by injuries to DTs Malik Jackson and Tim Jernigan. Fletcher Cox is playing with a bad toe.

Domo gives the edge to the Lions in several categories, but still predicts a 31-21 win for the Eagles. That’s because he likes the intangibles in the Eagles’ favor playing at home, plus this key matchup:

Eagles DE Brandon Graham vs. Lions RT Rick Wagner: High-motor Graham doesn’t have a sack, but has 11 of Eagles’ 18 QB pressures. Wagner has given up a team-high nine pressures. Last year, he allowed a team-high eight sacks. ADVANTAGE: Eagles

Plus the Eagles’ coverage teams have been outstanding in the first two games. They’ve held opponents to 5.8 yards per return on punts and 15.3 on kickoffs.

Somehow Domo glosses over the elephant in the room: Eagles CBs Ronald Darby and Sidney Jones/Rasul Douglas vs. Lions WRs Kenny Golladay and Marvin Jones. Darby and Douglas each have given up two TDs already. Golladay and Jones are big targets with good speed. The Lions have 11 pass plays of 20-plus yards in their first two games, third most in the NFL. The Eagles have given up eight, which is eighth most. ADVANTAGE: Lions

Me? This game is a “pick ’em”… Vegas has Philly favored by 7 which to me is excessive. To me this game feels like it will go down to the wire. Stafford could get hot and he has a way of taking advantage of a short field, which I worry we will be giving him too often if we play confused on offense, something that plagued us against Atlanta.

It would behoove the Eagles to get a big play out of Darren Sproles on a punt return or Miles Sanders on a kickoff return. To me that could make the winning difference, especially if Carson Wentz and Stafford kinda cancel each other out.

But what do I know? I picked the Titans in the KOH.