Eagles have time to exhale and fix a hole... 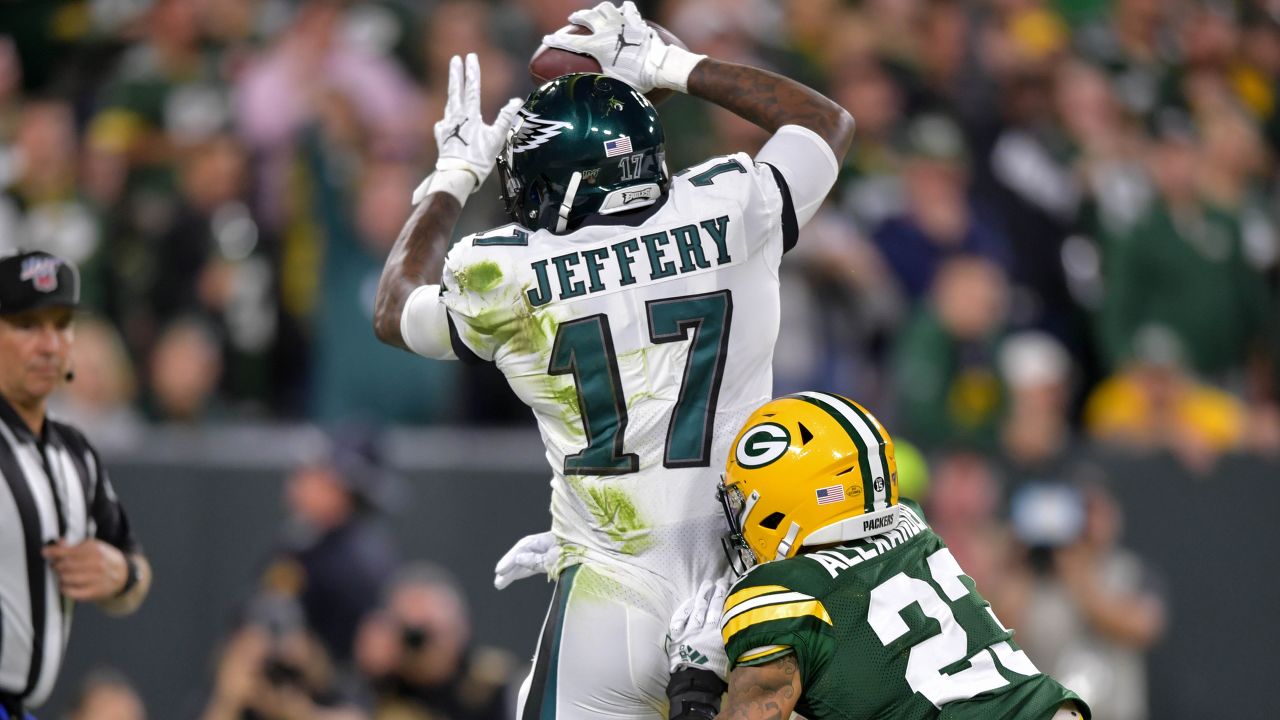 Eagles have time to exhale and fix a hole...

Okay, an extra few days to recover from Thursday night’s donnybrook…the hole to be fixed in question is in the roof over our cornerbacks. Too much rain getting in, regardless of personnel…Our corners aren’t getting enough help from the safeties in that stubborn single-high coverage scheme of Jim Schwartz. He’s got to be thinking it’s time to go more with a Cover 2 or Tampa 2 coverage alignment.

At this very moment, the only true cornerbacks the Eagles have who are healthy are Rasul Douglas, Craig James and Orlando Scandrick, who agreed to contract terms on Friday. Malcolm Jenkins played nickel cornerback against the Packers. This is a distressed area the Eagles will work on throughout the week as they set their roster for the New York Jets next Sunday.

Another hole which became visible in the last game was the one which the NFL Rules Committee has dug for the entire league.

That would be the “challenge rule” on all pass-interference calls or non-calls. It’s turned into an unenforceable boondoggle.

Will Brinson at CBS Sports explains:

“What are we doing? Every time I see the NFL review a pass interference replay and come back with a bizarre conclusion, I can’t help but summon my inner Taylor Twellman. The latest came on Thursday night in the Green Bay Packers‘ home game against the Philadelphia Eagles, which turned in Philly’s favor in large part because the Packers decided scoring points in the red zone wasn’t necessary, but also because the officials in New York declined to make some pretty obvious reversals on pass interference challenges.

“Let me make something clear: the Eagles probably got hosed too. There was a challenge by Doug Pederson that should have been overturned involving Alshon Jeffery being mugged. It was a bad challenge; not because he shouldn’t have won the challenge, but because Pederson should have known, based on the previous play in question, it wouldn’t be overturned.”

There’s the rub. As the song goes, you can be right but still be all wrong.

More from Brinson: “People always use the phrase “can of worms” right? Well the NFL changed replay this offseason and opened a can of worms and now the worms are all over the floor and no one is bothering to clean them up.

“Here’s the play in question at full speed, courtesy of the NFL Officiating Twitter account, which also includes an explanation from NFL vice president of officiating Al Riveron, who said after reviewing the play “there was no clear and obvious evidence that Philadelphia #29 significantly hindered the opponent.”

When the NFL made pass interference calls subject to review, many bemoaned the change, anticipating increased controversy with a rule intended to reduce it.

This is the reason why. Green Bay Packers head coach Matt LaFleur challenged a play that wasn’t flagged on the field in the third quarter of Thursday’s loss to the Philadelphia Eagles.

Aaron Rodgers had targeted Marquez Valdes-Scantling on a sideline route on third-and seven on Green Bay’s opening drive of the half.

Eagles cornerback Avonte Maddox was covering on the play. Before the ball arrived, he jumped into Valdes-Scantling’s body face first and shoved his left hand into his chin. He didn’t make a play on the ball.

“In #PHIvsGB, Green Bay challenged for pass interference. After review, there was no clear and obvious evidence that Philadelphia #29 significantly hindered the opponent.” – AL pic.twitter.com/Loc0LJp90q

There was no flag on the play. Fourth down.

Matt LaFleur hesitated for a moment before throwing his red challenge flag to review the play for pass interference.

Officials looked at film of the play above and upheld the ruling on the field that there was, indeed, no pass interference.

The official explanation from NFL officials stated “there was no clear and obvious evidence” of interference.

If this non-call didn’t warrant being overturned, then what exactly does?

“It has to be clear and obvious,” Pereira said on the broadcast. “To me, I think it was. You have a defender not playing the ball and in slow motion I think he significantly hinders his ability to make the catch. To me that qualifies in the defensive pass interference under this replay rule, and I would have liked to see that overturned.”

It was a pivotal play in the game. Instead of gaining a first down past midfield, the Packers punted. The Eagles scored a touchdown eight plays later and extended their lead to 27-20.

@NFLonFOX how is this NOT pass interference?? #eaglesvspackers 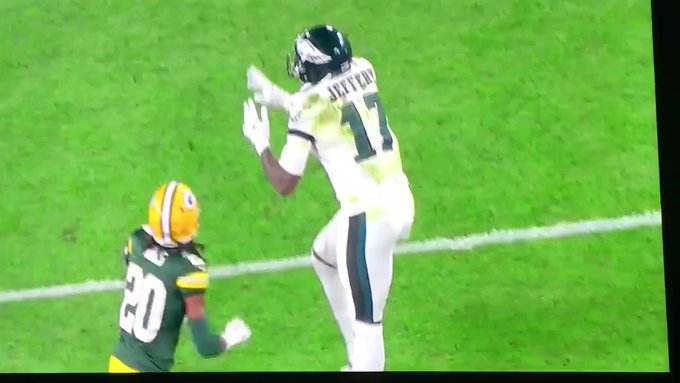 As long as this rule exists, so too will controversies like Thursday’s. Sooner or later, an Eagles win will be denied because of the insanely inconsistent interpretation of a challenge call on DPI or OPI. What good is a challenge that’s overturned even when you’re right? Just costs you a timeout and increased bitterness.

Fortunately this new challenge rule is on a 1-year tryout basis. So far, it stinks.