Mystics' season turned upside down in an instant due to injury 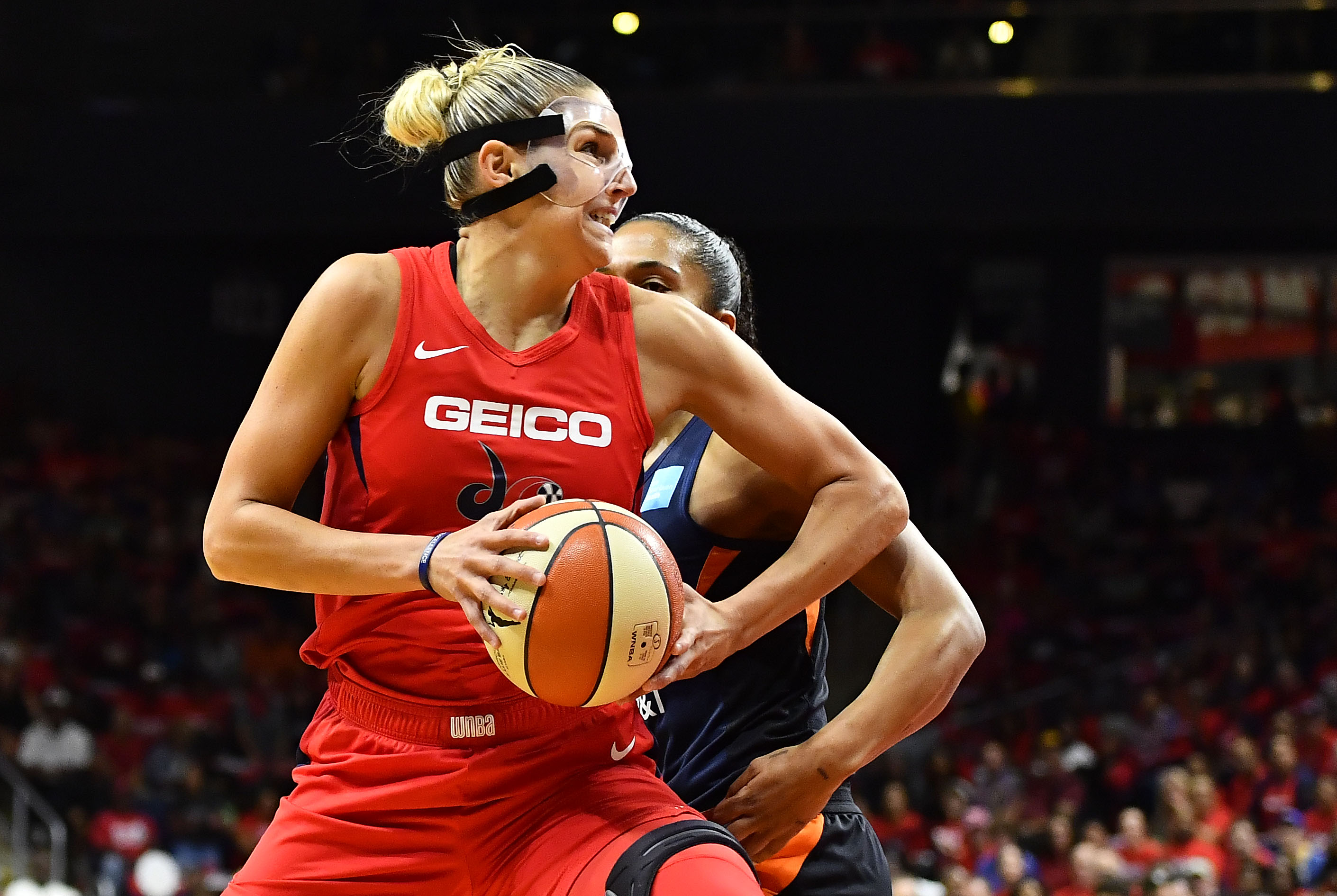 Mystics' season turned upside down in an instant due to injury

All season the Washington Mystics have absolutely destroyed and demolished the rest of the WNBA with convincing victories. At times they were without two of their best players in Emma Meesseman (overseas in Belgium) and Kristi Toliver (knee). Through most of it all, MVP Elena Delle Donne was the constant source of success.

When Delle Donne has been healthy throughout the entire game, Washington was a ridiculous 26-4 in the regular season and 4-1 in the playoffs this year. When the 6-foot-5 baller is unavailable at any point during the game due to injury, the Mystics are 0-5 including a loss in Game 2 of the WNBA Finals, 99-87, against the Connecticut Sun. The series is now tied at 1-1 and Washington has lost home-court advantage for now as things shift north for Game 3 on Sunday at 3:30 pm on ABC.

According to head coach Mike Thibault, Delle Donne has been dealing with some back ailments through the end of the regular season. Back then, it was managed with treatment such that she could still play. On the first Connecticut shot of the game, the Sun’s Jonquel Jones missed an 11-foot driving bank hook and Delle Donne went up to corral the rebound. When she came down and went past for the bench she asked for a sub. The two-time MVP went to the locker room after just 3:28 of play and would not return for the rest of the game.

“She’s going to get an MRI tomorrow on her back,” Thibault began his update after the game. “It didn’t look good, so we’ll see. We’ll see what the MRI says and treatment tomorrow. The only good thing, I didn’t look forward to having four days between games, but right now that looks like a benefit that we didn’t have at the start of the series. We’ll see. But I have no idea right now, and we won’t have anything probably for a couple days until we see what the tests show and what treatment looks like. But it wasn’t good. On the very first lay-up that she went up for, it grabbed on her, and she came down and just immediately said, ‘Give me a sub.'”

All of this still comes with a wound that was just starting to close – last year’s WNBA Finals sweep at the hands of the Seattle Storm. Delle Donne was working her way back from a knee injury and at just 70 percent, Breanna Stewart and company were simply too much. Although Washington believes they have moved on from what happened last year, the sting is still there and now hovers over them again as their best player will not be fully healthy if she is able to suit up at all. Thibault did not sound optimistic during his post-game press conference and even described the bad omen that has now started to materialize.

“Not so much yesterday,” Thibault said about when Delle Donne’s ailment began. “She’s just had kind of ongoing, late in the season, just tightness, and we’ve been able to treat it, and it’s responded pretty well, and she’s been okay. But it’s the one nightmare I’ve had for the last month is seeing her lying on her back. I watched that in 2014 when she was in Chicago, and it wasn’t a good sight for them, and it wasn’t a good sight for me now. I don’t know. I mean, I don’t even know what to tell you about it right now other than it is an injury and we’re going to figure it out.”

With 8:14 left in the game, Washington had come back from 14 down to tie things up and were still within just three points with three minutes to play. Things slipped away after a couple of three-pointers from Courtney Williams and Jonquel Jones. The only other vote-getter in MVP polling this season besides Delle Donne, Jones had a ridiculous 32 points and 18 rebounds in 33 minutes of play. Everyone will look to Delle Donne’s absence and say the Mystics will miss her on offense. I’ll argue they will miss her much more on defense as she was a big factor in limiting Jones in Game 1. It is no surprise that the Sun center was able to pop off against LaToya Sanders and Emma Meesseman without Delle Donne’s services.

Offensively, Washington was not bad. They had 87 points in a game where Toliver and Meesseman combine for 2-for-11 shooting from beyond the arc. If the Mystics want any chance without Delle Donne, their defense will have to improve. Until Sunday, Washington will await the results of Delle Donne’s MRI and treatment to see if she can return to the 2019 WNBA Finals that they were so close to wrapping up before injury derailed such plans.