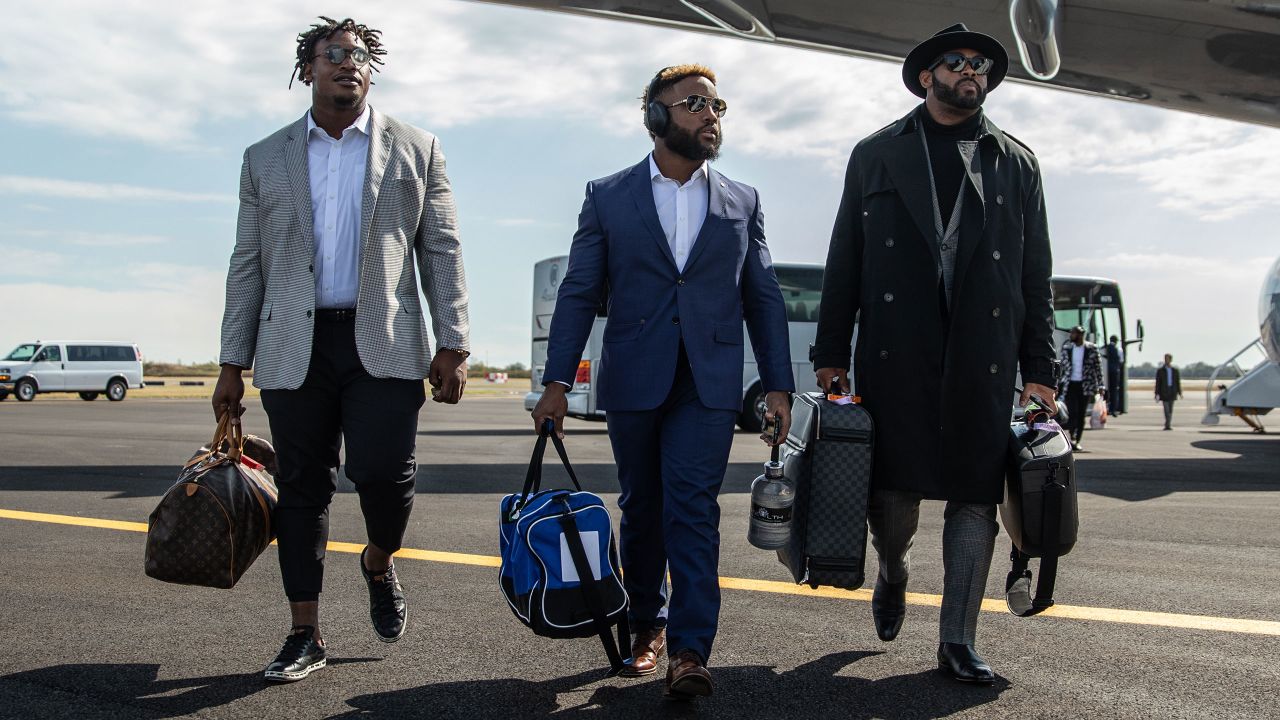 Someone’s walking out of this one feeling good at 4-2….EYE am betting it’s the Eagles with a 24-21 heart-stopping win that comes down to the last play.

Everyone I’ve followed as “experts” seems to feel the Birds and Vikes are incredibly evenly matched. It would seem the home field advantage would be the difference. But the Eagles have shown so far it doesn’t matter where they play, what matters is staying close enough with a balanced effort from all three phases—and being in position to have something good happen.

“It’s a great opponent. It’s going to be hostile. The crowd is in their favor. We have to handle the crowd noise much like we did in the Atlanta game this season,” said coach Doug Pederson.

Something good starts with:

Containing Dalvin Cook. A no-brainer, really, since Cook is the NFL’s second-leading ground gainer behind Carolina’s Christian McCafferty. Cook will try to become the first opposing back to break 100 yards against the Eagles in the past eight games. “We have to get him on the ground,” said Eagles cornerback Rasul Douglas, “because he makes a guy miss and he’ll be off to the races.”

Pressure Kirk Cousins.  Kirk becomes ordinary when he runs for his life. Who doesn’t? But he will also try to slice and dice us with that screen game if we over-pursue without restraint. This requires a very smart kind of pressure concept from the Birds.

Offensive line must hold up. This Vikings defensive front is big and athletic and Mike Zimmer’s defense can be terribly complex with an assortment of blitzes. Center Jason Kelce will be challenged all day by nose tackle Linval Joseph, who had a 64-yard scoop-and-score fumble recovery in last year’s game. Tackles Jason Peters and Lane Johnson will face an equally challenging day matching up against Everson Griffen and Danielle Hunter.

Stay ahead of the chains. The Eagles have faced too many first- and second-and-long situations by committing penalties on those early downs or not executing plays successfully.

Alshon Jeffery and Zach Ertz vs. Xavier Rhodes and Harrison Smith. With the Eagles offense struggling to throw the ball deep without DeSean Jackson, Jeffery and Ertz must find a way to get open underneath if the Eagles want to sustain long scoring drives. Rhodes is one of the league’s top cornerbacks and Smith one of its better safeties.

Fletcher Cox and Hassan Ridgeway vs. Interior of Vikings O line. If there is one matchup the Eagles can exploit it is the Vikings offensive line, which will be without starting guard Josh Kline (foot). Cox joked this week that he’d like to be able to pay money for a sack since he doesn’t have one yet this year. He may not have to break out his wallet to get one against this line. As for Ridgeway, Viking coach Mike Zimmer singled him out for playing well against the run.

“We’re in mid-season, this is when teams start to separate themselves and this is when good stuff starts to happen. Even though we’ve been playing good for five weeks, they’re tough. We’re 3-2, we’ve had some nail-biters, some crazy finishes, but for us, I love the fight that we have and I love the preparation that we have going into these games. I’m just excited to see how do on Sunday, especially against a (top-ranked) running team. We know it’s going to be a physical game. We have to make sure we come out on the right side of it.” – Eagles defensive end Brandon Graham

Let the beatings commence! For the love of Boston Scott who’s in at RB#3, may the Force be with us.
Great Scott!