Moe Wagner represents one of the Wizards many fliers 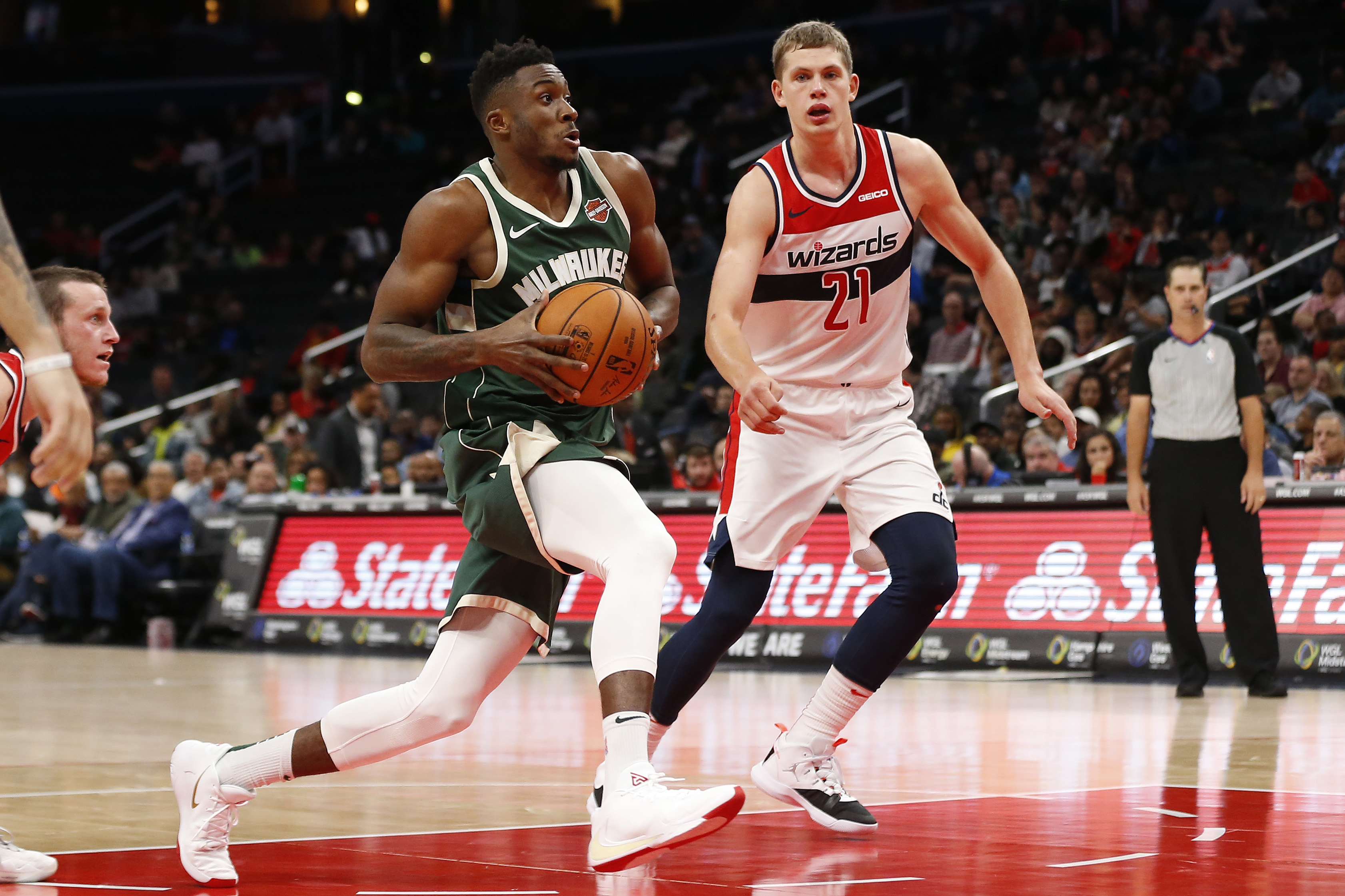 Moe Wagner represents one of the Wizards many fliers

When the Washington Wizards got in on the Anthony Davis to Los Angeles Lakers trade, Tommy Sheppard made an under the radar genius move. Throughout the offseason, he discussed how Washington can provide opportunity, which is what helped them land the likes of Isaiah Thomas but it also gives them an opportunity to take a fliers on young talent. One of those players is Moritz “Moe” Wagner.

Wagner is from Germany and had a nice college career in Michigan that made him a first-round pick in the 2018 NBA draft. The Wizards liked the modern talent of a big man that could shoot the ball, which intrigued them enough to bring him in for a private workout after an initial pre-draft workout. A year after passing on him for Troy Brown Jr., Washington ends up getting the best of both worlds – they can see what Wagner really has in his toolbox over the next two seasons before investing serious money in him. That is the beauty of rookie-scale contracts, which Sheppard covets, when veterans are making a ridiculous amount against the salary cap.

In four preseason games, Wagner has totaled some decent numbers. 65 points, 16 rebounds, 7 assists, 6 steals, and a net +30 in 93 minutes. That comes out to nearly 16 points, 4 rebounds, 2 assists per game average although he will probably not see as much action in the regular season. He has shot 53.8 percent from the field, 35.3 percent from beyond the arc, and 89.5 percent from the free-throw line.

Washington is hoping to establish a ‘play hard’ culture and environment that carries over to the court this season. Their No. 1 model for such a campaign is Thomas Bryant who also came to the Wizards after his rookie season with the Lakers. Wagner, who will likely be Bryant’s backup for much of the season, seems to be similar in that he doesn’t care what is asked of him. He’ll just go out and do it.

“I don’t care. I do the same thing, I’m the same player. So, whatever number you want to put on it. I’m the same Moe, I really don’t care,” Wagner said when asked if he is more comfortable as a power forward or center. “In this league, you are who you can guard, so I think that’s the challenge. Either way, I’m excited to do that.”

“It’s good, It’s real good. You know, he’s a guy that’s going to try and he’s going to work, and try to pick up as many things as possible,” Bryant said about Wagner.

Summer League was a hectic time for Wagner along with Isaac Bonga and Jemerrio Jones as the trio had just been officially traded to Washington after several days of reports that they would be moved for salary cap purposes. The German big man is now becoming more acclimated with his new team, which is translating to his overall development.

“I think just in general, developing my game in terms of to make the right decision. I can do both,” Wagner answered on if he is getting more comfortable attacking the rim. “Yeah, shooting decision whether you shoot, or you have the lane open or find the pass. I think that’s something that comes with experience. I’m trying to explore that and keep getting better at it.”

Between Wagner, Bonga, Jones, Rui Hachimura, Admiral Schofield, Justin Robinson, Garrison Mathews, Chris Chiozza, and Justin Anderson, the Wizards have a lot of young players on their 20-man training camp roster that they would love to see a handful pan out on. Jones, Chiozza, and Anderson will not make the opening night 15-man roster at the moment, in my opinion, so Washington will have to get creative to try and keep them within the organization whether with the second two-way slot they have open and/or a G League contract with the Capital City Go-Go.

Out of those eight players (excluding Hachimura), if you have four turn into solid rotation players to back up John Wall, Bradley Beal, Troy Brown Jr., Rui Hachimura, and Thomas Bryant in 2020-21, then you might have something in the Eastern Conference. Only time will tell whether Wagner is one of those players that has a legitimate future in the NBA, but his acquisition highlights a new and much-needed philosophy in D.C.; develop young talent instead of relying on veterans on one-year contracts.