Case Keenum tried to audible out of a run, Adrian Peterson wasn't having it (Video) 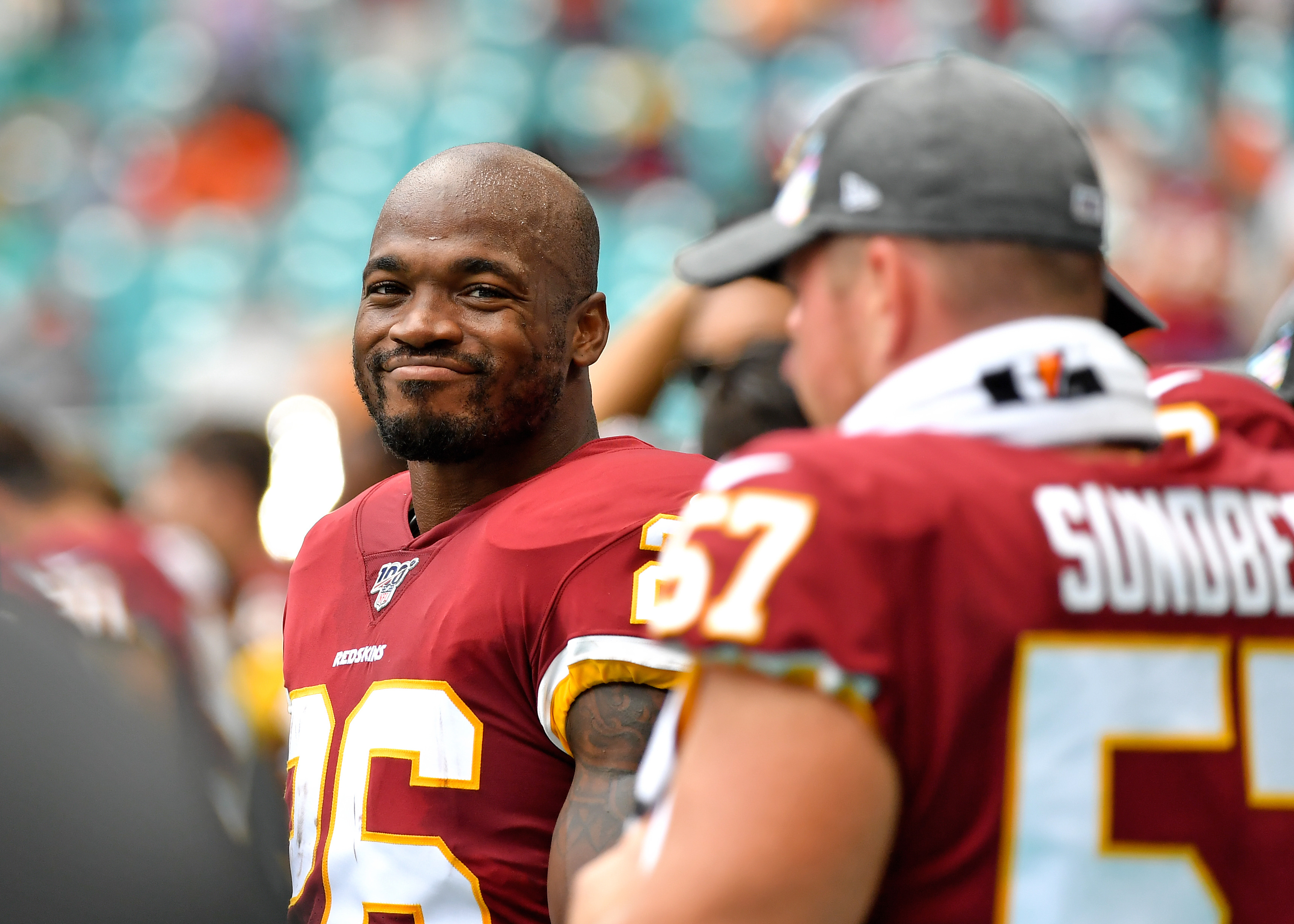 Case Keenum tried to audible out of a run, Adrian Peterson wasn't having it (Video)

With Jay Gruden out of the picture in Washington, the Redskins have opted to go with an old school approach on offense.

That means more running, less passing. As interim coach Bill Callahan told reporters after Sunday’s win over Miami, “We came into the game thinking rush attempts. We wanted to have more attempts. We weren’t really concerned about the yardage but the attempts was really, really important.”

For Adrian Peterson, more attempts was music to his ears. The Redskins running back finished with a season-high 23 carries on Sunday, and he almost had one taken away by quarterback Case Keenum. In a video posted by The Athletic’s Mark Bullock, it appears Keenum tried to audible out of a run play at one point during the game, but Peterson immediately shook him off.

Great shot by Fox here. Keenum didn't like the look so called "kill, kill". Behind him, Adrian Peterson told him to keep the run called, so Keenum then calls "reload, reload" and Peterson gets the ball handed off #Redskins pic.twitter.com/S7gBjvOqku

The result of the play was a first down by Peterson, so it ended up working out in Washington’s favor, but that’s not something you see every day.