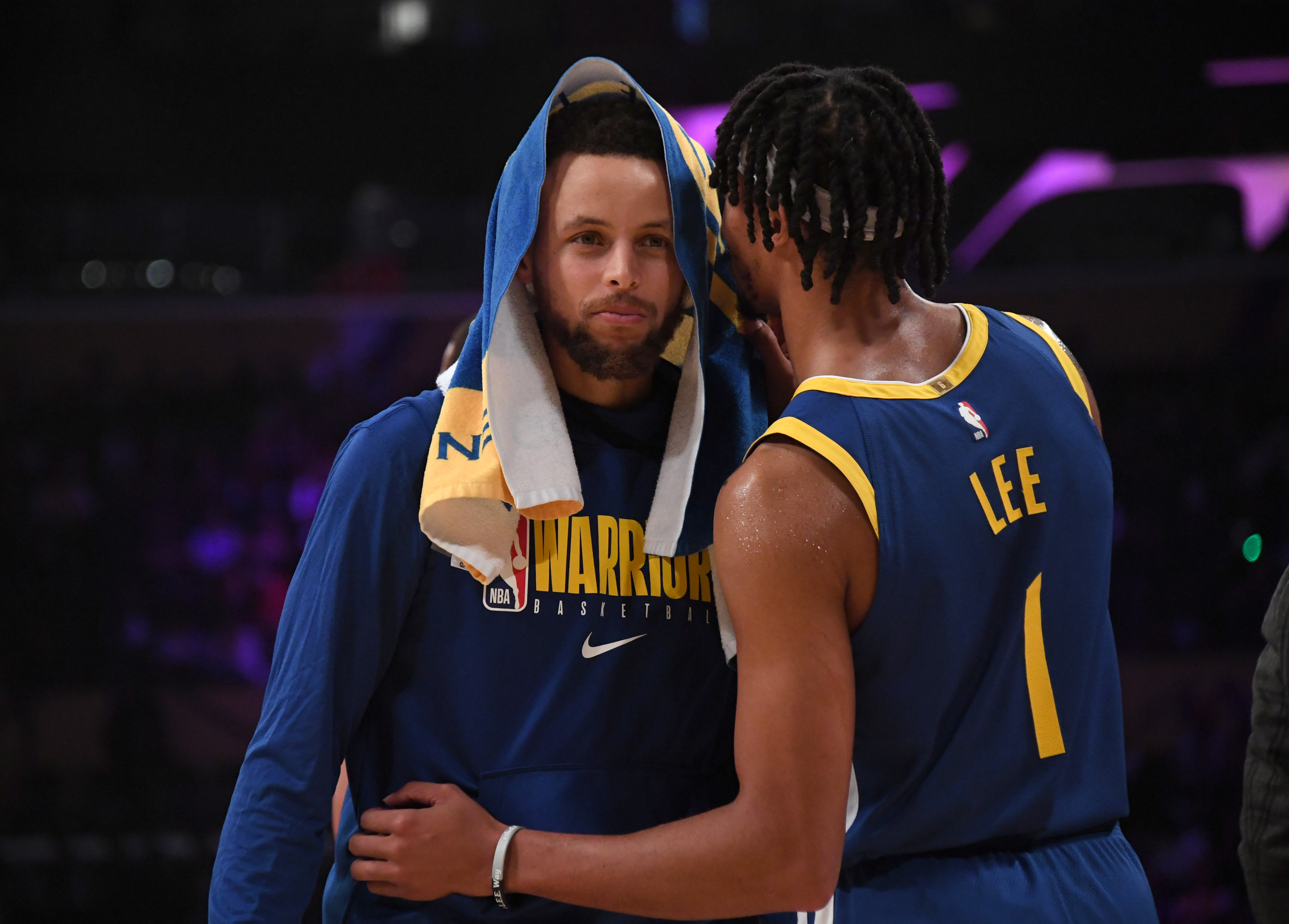 Two-time MVP Stephen Curry may not be suiting up alongside fellow Splash Bro Klay Thompson, at least not in the first half of the team’s 2019-20 campaign, but the team did acquire a big-name player to pair him with over the summer.

Golden State worked out a trade to acquire D’Angelo Russell back in July, as Thompson is currently recovering from a torn ACL he suffered in the NBA Finals.

And Curry has already been complimentary of Russell’s game, even in the limited time the two have had working out together.

“He plays at his own pace and is willing to learn,” Curry said of Russell, via USA Today Sports. “He’s hungry to make that next step in his career.”

Russell said he’s learning the new offense by watching, essentially.
“I’m doing a lot of spectating,” Russell said. “I’m just seeing what I can learn from him from a distance. Then, I can come up with the correct questions and the correct demeanor on what I’m trying to learn versus nagging him about stuff.”
It’ll be fun to see what type of chemistry Steph and D-Lo have to begin the season.