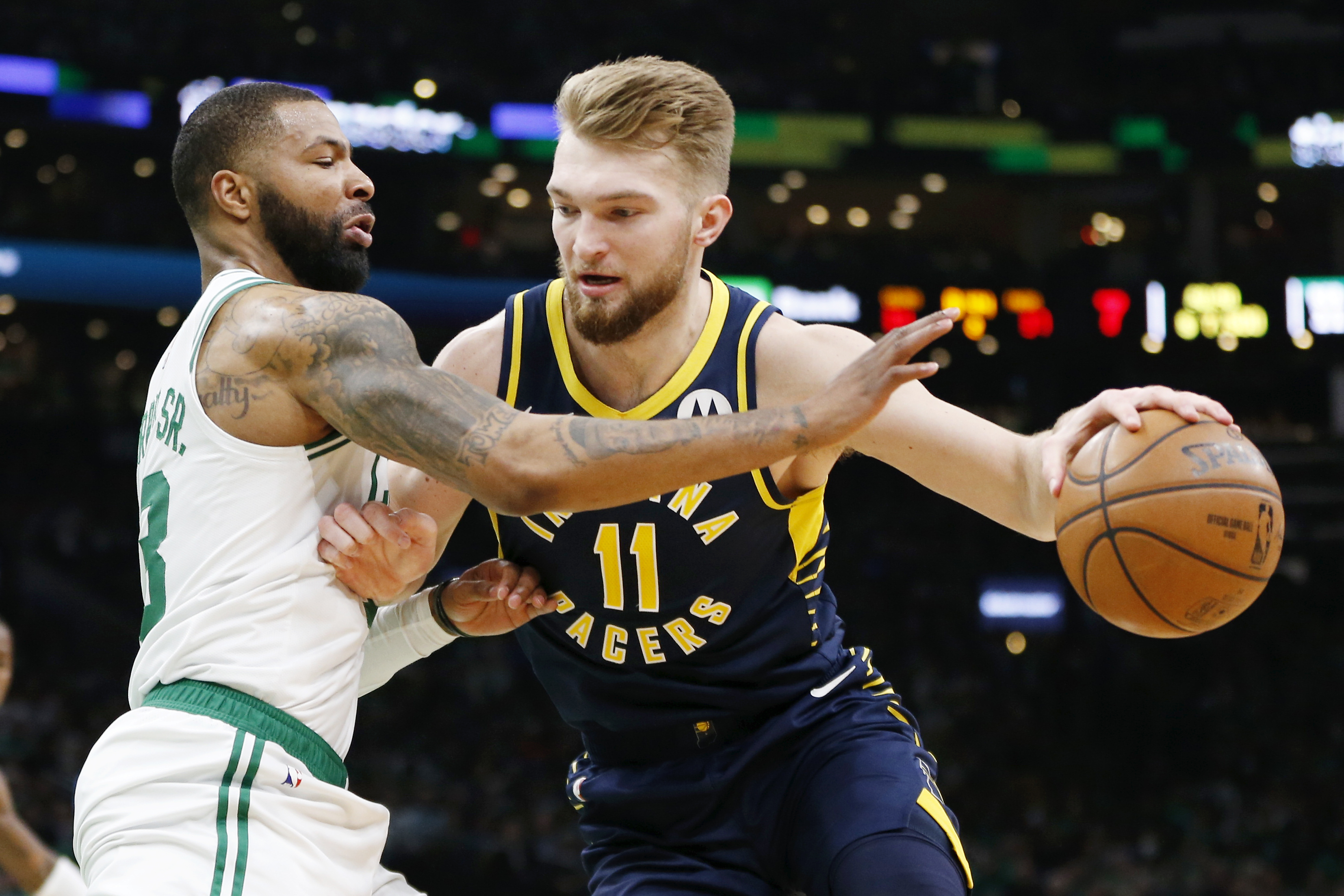 One of the NBA’s up-and-coming big men could be on the move soon.

According to The Athletic’s Sam Amick, the Pacers and Domantas Sabonis have been “far apart” in discussions about a possible contract extension, which has led Indiana to engage in “active trade talks” about the 23-year-old.

Amick added that there is “no lack of interest in Sabonis,” but the Pacers’ asking price has been “too high.”

Playing almost exclusively off the bench, Sabonis averaged 14.1 points, 9.3 rebounds and 2.9 assists per game last season, and was named a finalist for the league’s Sixth Man Award.

Having already paid Myles Turner last October with a four-year extension, it would seem the Pacers really have no choice but to shop Sabonis, who is a restricted free agent after this season. We’ll see if a deal gets done, but there should be plenty of teams interested in a near seven-footer who can get buckets a variety of ways.