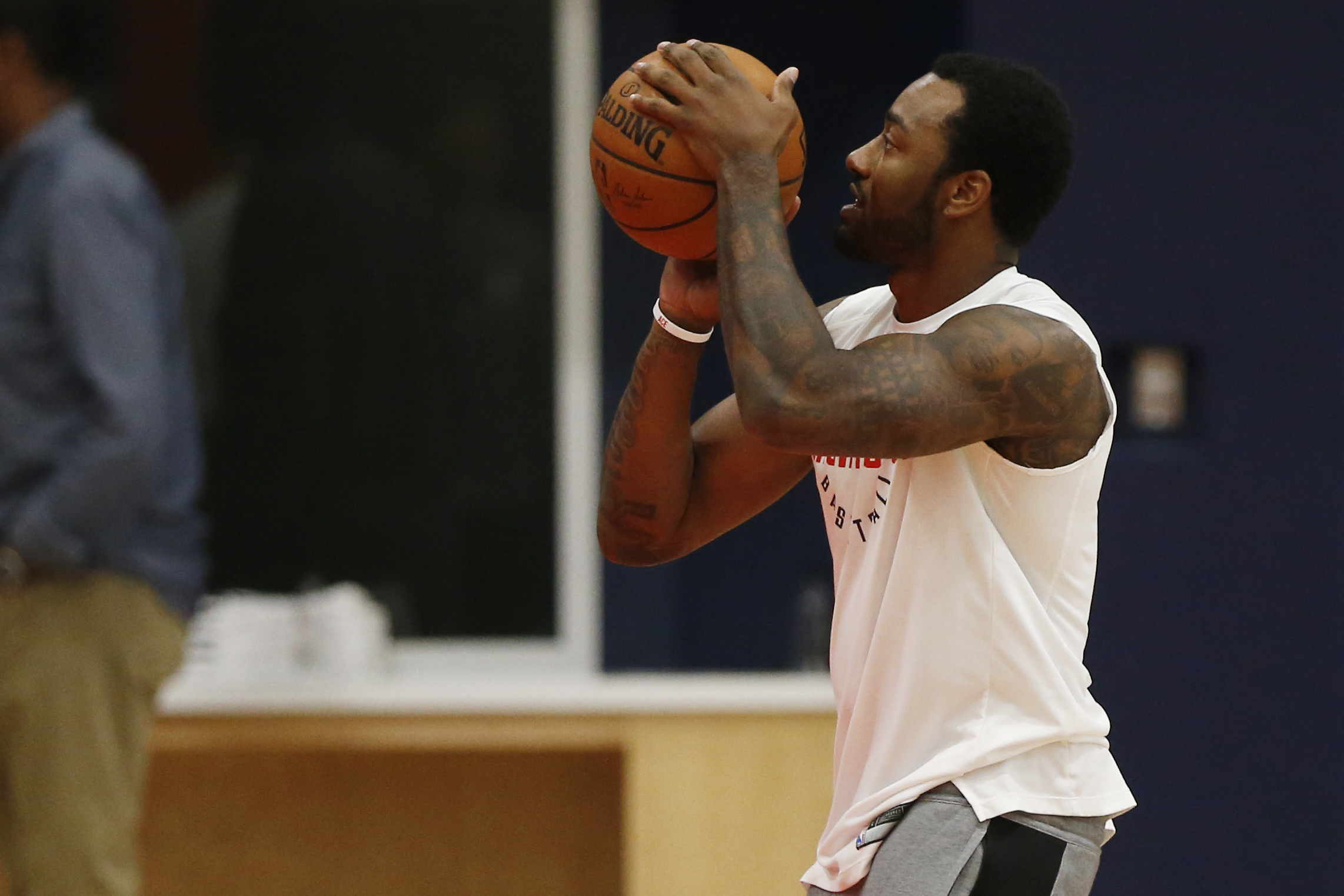 The Washington Wizards will be without their franchise point guard for a good chunk of the season for the third season in a row. That is the unfortunate reality of injuries. John Wall still remains poised to work his way back to five-time All-Star status and prove the haters long. Less than nine months removed from surgery to repair a nearly fully ruptured left Achilles, Wall looks shockingly good on the practice court.

The Wizards were denied their application for a designated player exception because an independent doctor said Wall would be healthy by June, which makes sense based on these videos. When the surgery was initially performed in February, team orthopedist Dr. Wiemi Douoguih estimated Wall would be able to return to full basketball activity in 11 to 15 months (January 2020 to May 2020). Whatever you want to say about Wall, he is diligent in his rehab effort. He always has been whether it was from his broken wrist in 2014 or double knee surgery in 2016.

It is looking more and more like Wall will be available to return before the end of the 2019-20 season. The question for Ted Leonsis, Tommy Sheppard, and company will be, do they let him? Washington will not be in championship contention this season and probably will not even make the playoffs. So you could argue that there is no reason to make draft lottery odds worse by having Wall play out the last few months of the season. On the other hand, it might be nice for Wall to knock off some rust over the final weeks and the organization to know what exactly they have in their 29-year old point guard. As in everything, there are pros and cons to each side. One thing that is a decent bet is that Wall will be eager to get back onto the court for a real game.

In the meantime, Wall essentially serves as an assistant coach to Scott Brooks and company. The Kentucky product is a basketball nerd. He watches it every chance he gets. NBA, WNBA, men’s and women’s college basketball, as well as high school and AAU. Brooks has already credited Wall for his input just three games into the season.

“He looks great,” Brooks said about Wall’s workouts. “Eventually he’s going to back on the court ready to play. Don’t know when that’s going to happen. I don’t anticipate it happenening anytime soon, but he’s putting great work in with our staff. He’s there every day working hard, he’s in the weight room, training room. He does it all and that’s what you want from guys that are hurt. He’s engaged, he’s given me and our coaches like two great suggestions the last couple of games. I hate to give him credit for it [jokingly], but he deserves it and he’s going to continue help our staff and help our players. We have a lot of players that need his knowledge.”

Only time will tell what the future holds for John Wall this season, but it is undeniable that he does not look like a guy nine months removed from one of the worst injuries to an athlete.