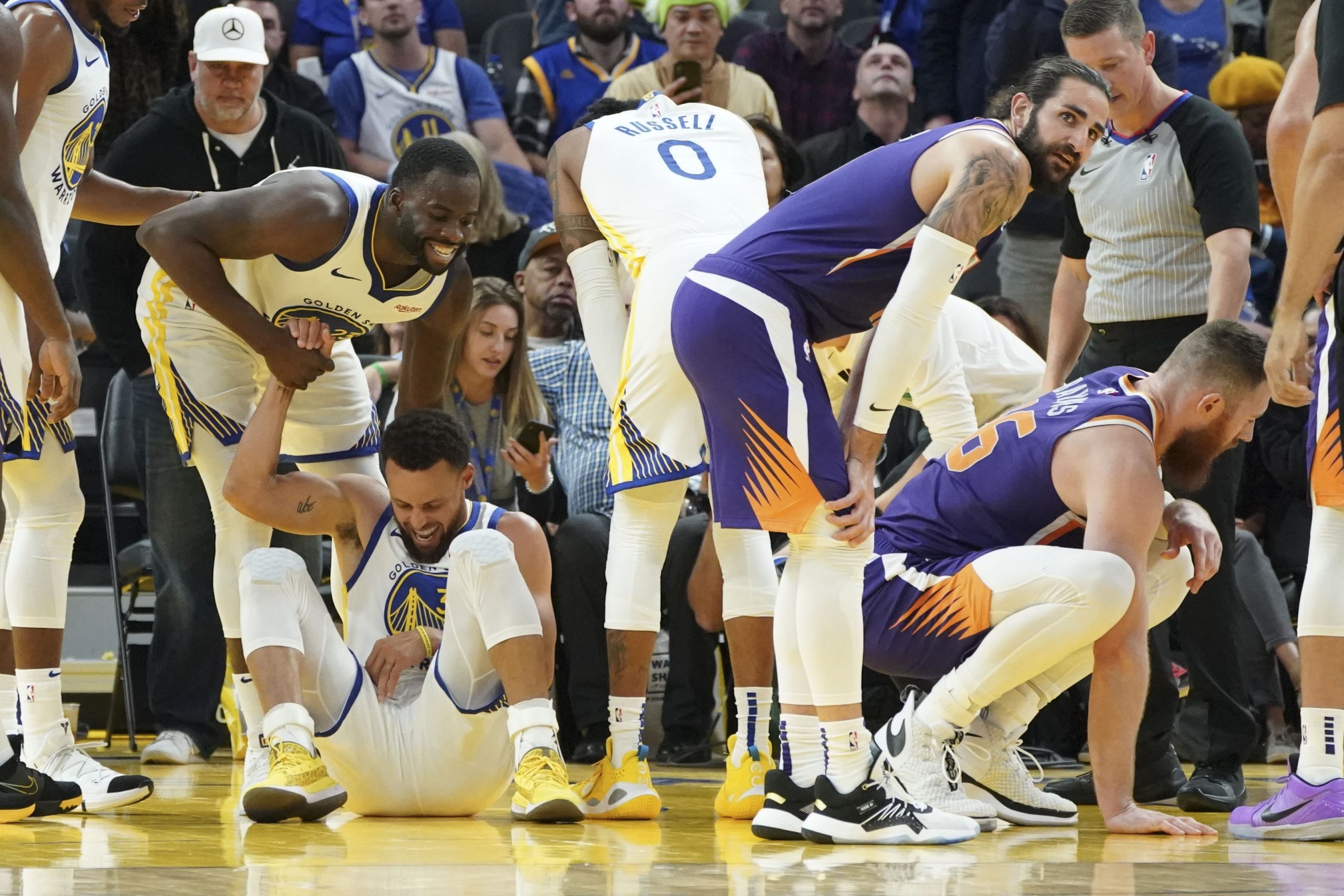 The Warriors saw their season go up in flames on Wednesday night, as two-time MVP Stephen Curry suffered a brutal injury to his left hand.

Golden State had won five consecutive Western Conference titles heading into this season, but it sure doesn’t look like the team will be in the mix to even compete for a playoff spot this year.

The timing is crazy, too, as the Warriors played in their second-ever game at Chase Center on Wednesday, and given that they were facing the Suns, hopes were high that they could get their first win in their new building.

Quite the opposite happened. The Warriors found themselves down 43-14 after one quarter of play, and everything took a turn for the worst in the third. Curry drove the lane, but hit the ground hard, with Aron Baynes landing on his wrist.

Steph Curry has headed back to the locker room with an apparent wrist injury. He's done for the night. pic.twitter.com/TDHRyolwfb

Curry left the game, and did not return. The latest report is that he suffered a broken left hand.

Stephen Curry is diagnosed with a broken left hand, thereby breaking a Warriors season that already was on the brink.

There’s currently no timetable for Curry’s return, but given that fellow Splash Bro Klay Thompson is also sidelined, the Warriors would be wise to let their superstar rest for an extended period of time. Not only that, tanking may be a viable option for them going forward, at least this season.