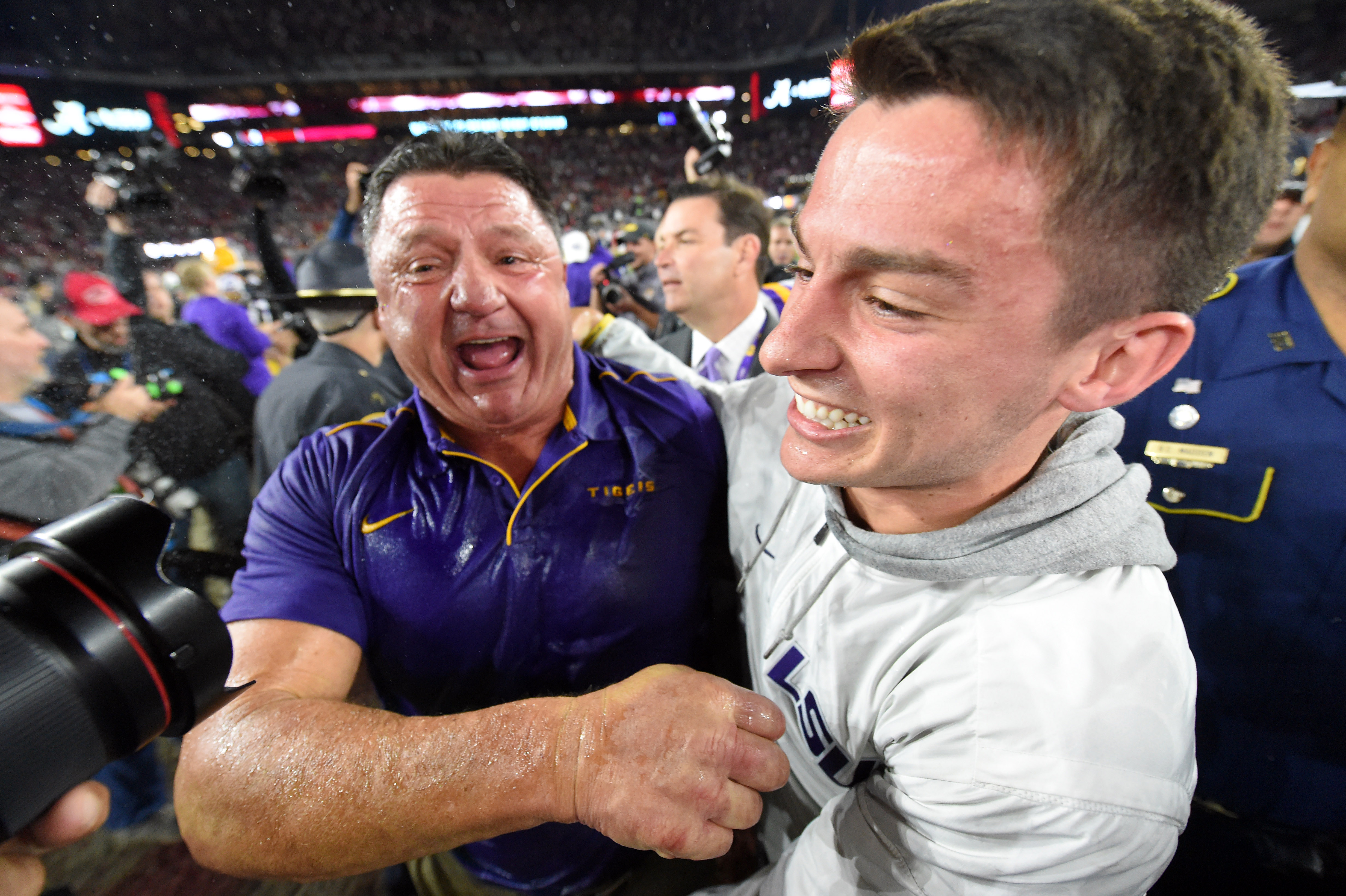 LSU head coach Ed Orgeron drew some criticism for the way he celebrated his team’s win over Alabama after the game on Saturday, but he surely didn’t mean for his words to go public.

A video of Coach O in the locker room was somehow leaked, and in it, it features him going off in a fiery rant.

“Roll tide, f— you!” he could be heard yelling, among other stuff, which you can see in the full video here.

He also declared that Alabama’s Bryant-Denny Stadium is “our house,” which didn’t go over well with Crimson Tide fans, or their players.

Coach O spoke to the media on Monday about it, and he shared his thoughts on how the video got leaked.

“Wish that wouldn’t happen. That shouldn’t happen,” Orgeron said, via Al.com. “I addressed the player that did it. He felt bad about it. They’re so used to having those phones on them all the time. We have pregame meal and I say, ‘Can you turn your phones off just a little bit so we can say the prayer?’ And we say the prayer and boom, they’re back on their phones.

“I think that’s just the product of today. Everybody carries their phone on them all the time. I don’t think it was done with malintent or nothing like that. I addressed it with the young man and I don’t think it’s gonna happen again.”

He’s right in that nothing is public in this day and age, but he probably should’ve scaled back his comments — just a bit.