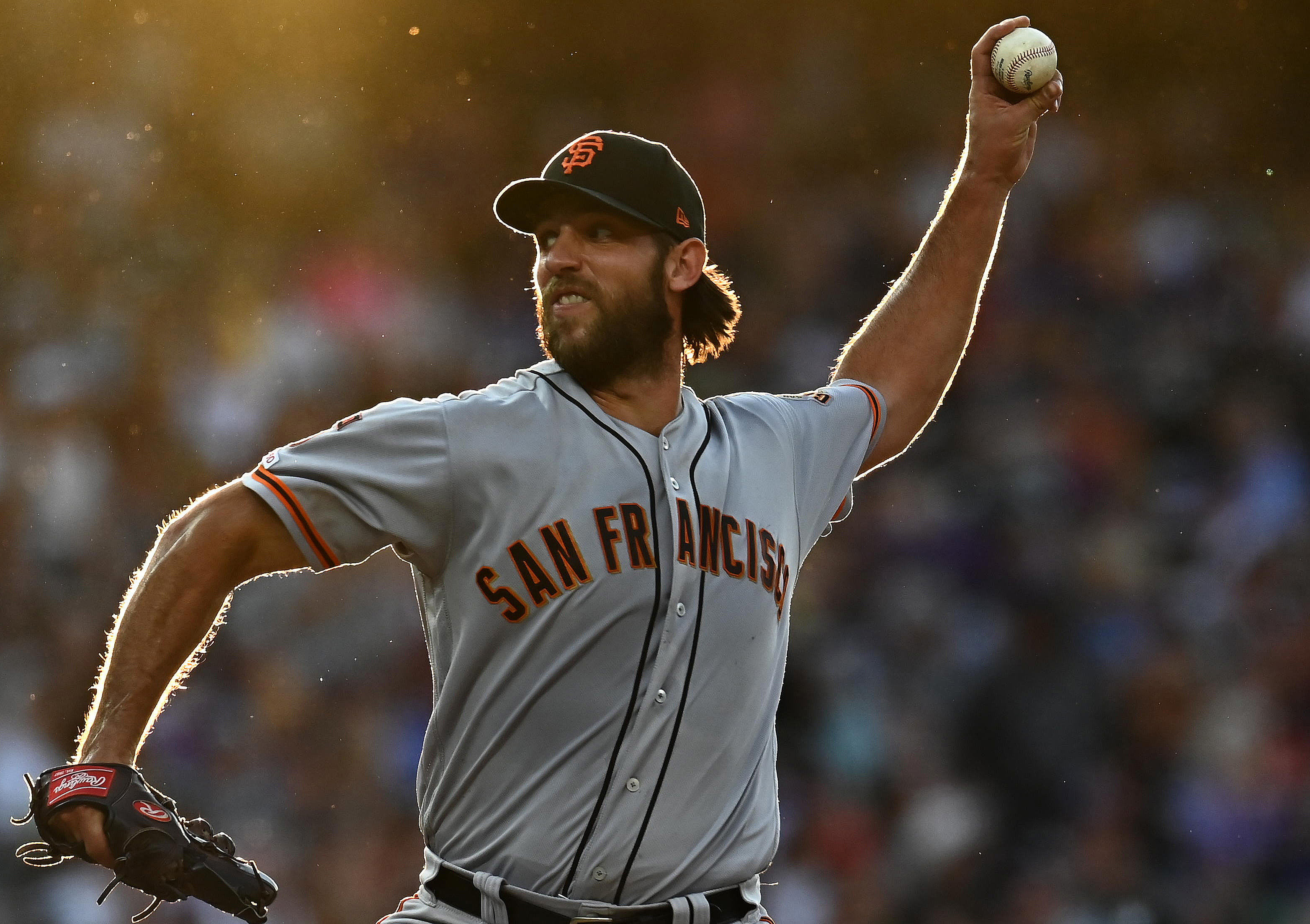 After failing to upgrade their starting rotation last offseason, the Philadelphia Phillies will be one of the more active teams seeking starting pitching in free agency this offseason.

Earlier this week, Matt Breen of the Philadelphia Inquirer reported that the Phillies have superstar pitcher Gerrit Cole atop of their wish list.

Over the last two seasons, the 28-year-old Cole has been one of the best pitchers in baseball and could reportedly receive the first-ever $300 million contract for a pitcher.

With that in mind, the Phillies will be competing with a lot of teams for his services. However, Phils general manager Matt Klentak is still putting out feelers to other free-agent pitchers.

According to Ken Rosenthal of The Athletic, the Phillies have “checked in” on Madison Bumgarner. In addition to the Phillies, the New York Yankees and Atlanta Braves have also expressed interest.

On Wednesday, ESPN’s Jeff Passan reported that Bumgarner declined the San Francisco Giants’ one-year, $17.8 million qualifying offer. This means any team who wants to sign him will have to give up a draft pick and international bonus pool money.

Earlier this month, Klentak expressed his concerned about giving up a draft pick for a free agent. But with the team’s starting rotation in dire straights, adding Bumgarner would be worth the risk.

Over his 11-year career, the four-time All-star pitcher has an ERA of 3.13 and an impressive 2.11 ERA in the postseason.

Nevertheless, this is not the first time we’ve heard the Phillies being connected to Bumgarner. Last offseason, Jon Morosi of MLB.com reported that the Phillies were one of the teams interested in trading for the veteran ace pitcher.

If the Phillies were to add a pitcher of Bumgarner’s caliber, it would help solidify the top of their starting rotation.

Between 2013-16, the former first-round pick was one of the most dominant pitchers in baseball, racking 64 wins with an ERA of 2.86 and averaging 226 strikeouts per season.

According to Spotrac.com, Bumgarner’s calculated market value is a five-year deal worth $105 million, with an average annual salary of $21.1 million.

Would the Phillies be willing to dish out that type of money, especially with the Jake Arrieta deal looking like a complete failure? It is tough to say.

However, what we do know is the Phillies must come away with at least two starting pitchers in free agency to make this offseason a success.