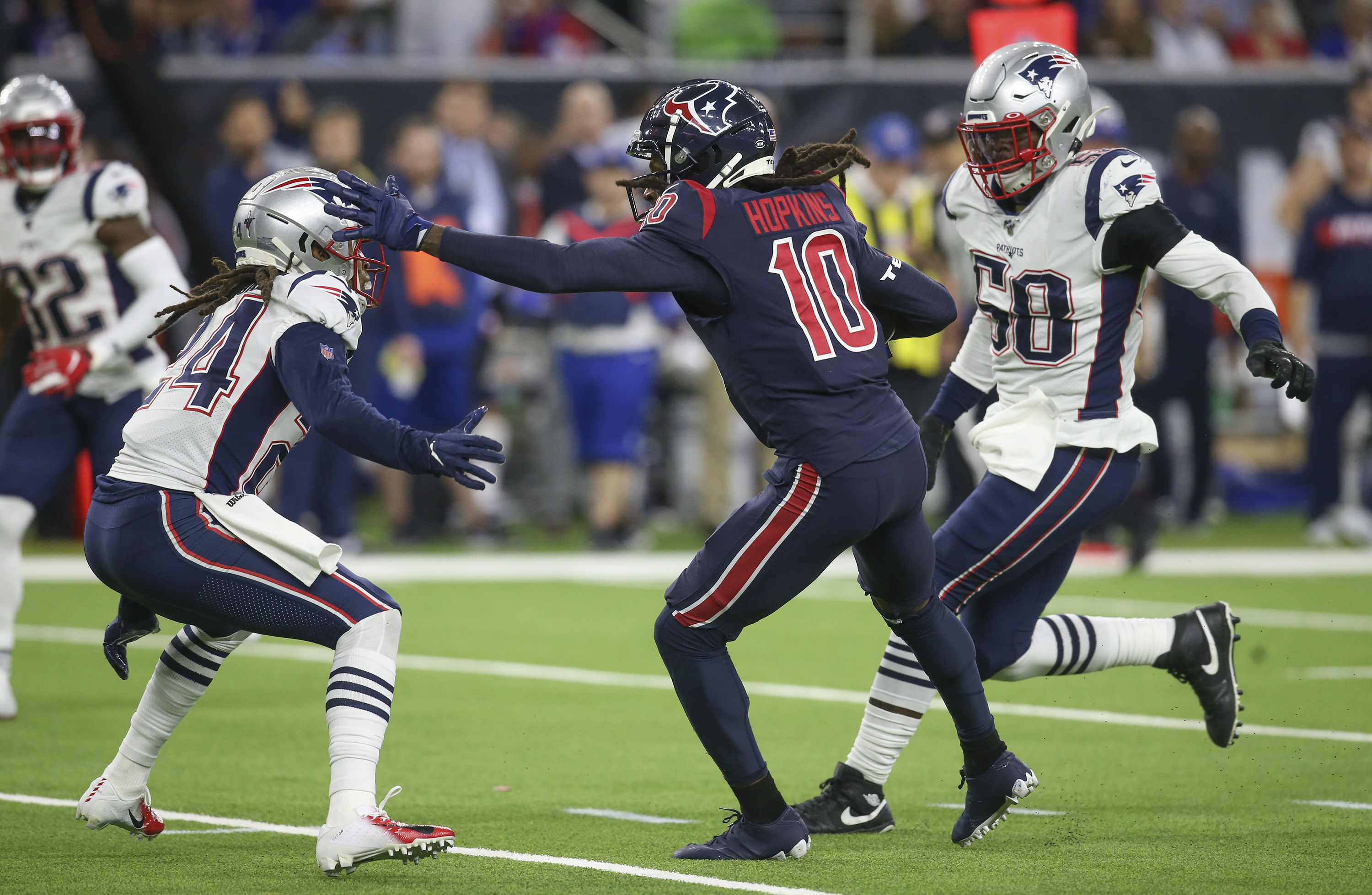 It’s been a few days since Houston’s upset win over New England last Sunday, but it seems DeAndre Hopkins and Stephon Gilmore are still going at it well after the whistle.

On Tuesday, the Texans wide receiver tweeted a photo of himself standing over Gilmore with the caption “when you see 10 double him,” implying that the Patriots needed to put two defenders on Hopkins to contain him.

It didn’t take long for the Patriots cornerback to respond with a shot of his own.

Hopkins, one of the best receivers in football, finished with a pretty modest stat line against the Patriots, and Gilmore was apparently correct in saying that New England only doubled Hopkins twice in the game.

Gilmore is correct here. Looking back through the film, the Patriots appeared to only double Hopkins on two plays. Unfortunately for them, both of those plays resulted in touchdown passes (one to Johnson, one to Stills). https://t.co/EFBNVWutXS

It was quite the matchup to see two of the best players at their position go at it for four quarters. Hopkins may not have gotten the better of Gilmore one-on-one, but his team did get the win. Here’s hoping the Patriots and Texans meet again in the playoffs so we can see a rematch between these two.