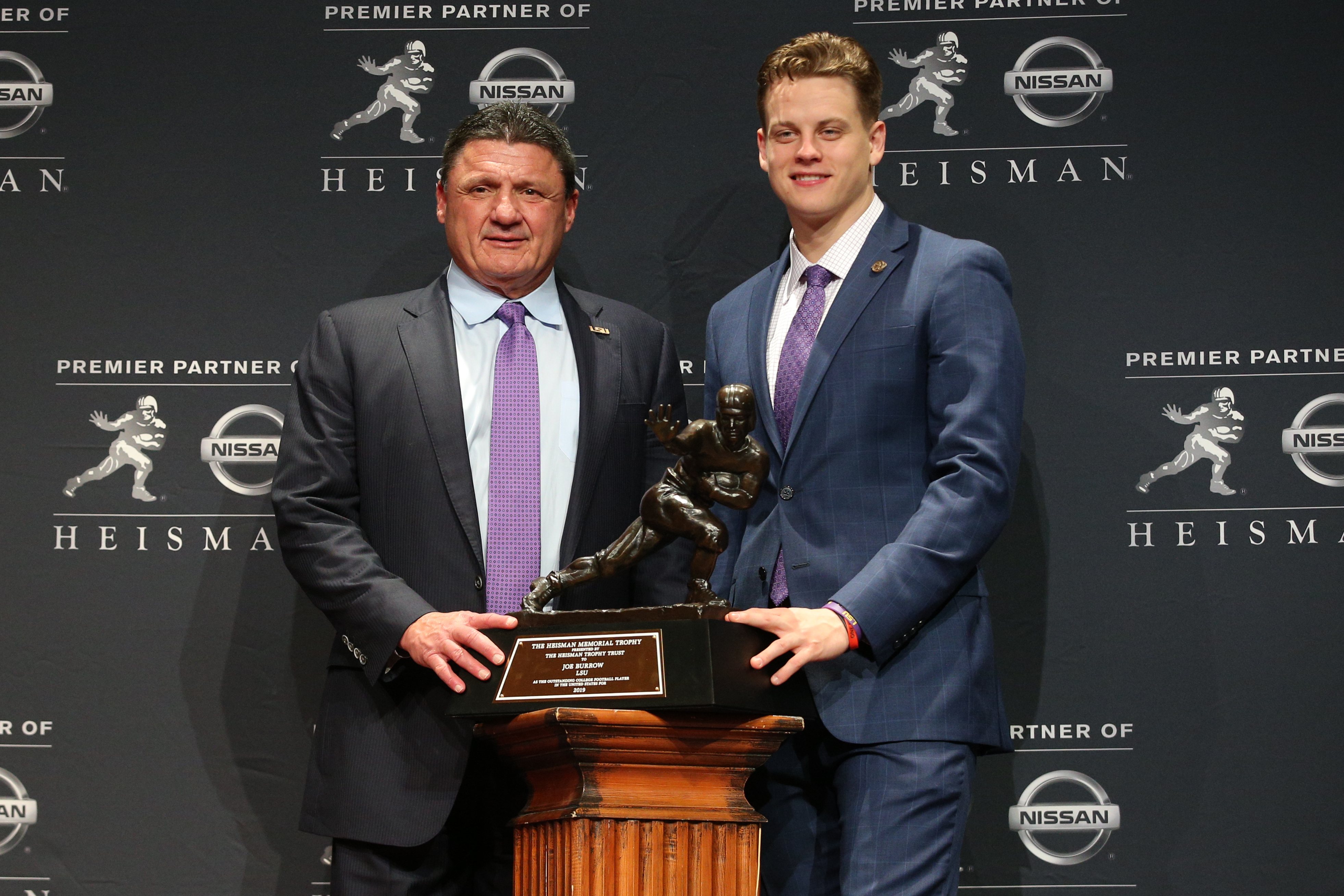 LSU quarterback Joe Burrow was the overwhelming favorite to win the Heisman Trophy, and it appeared that the odds were accurate, as he ran away with the award on Saturday night.

Burrow became the second-ever LSU player to win the Heisman, and he did it by getting 841 first-place votes, with 2,608 total points. At the end of the day, he got 90.7% of all available first-place votes, and the race really wasn’t even close.

Not only that, he delivered a heartwarming acceptance speech as well, thanks Tigers head coach Ed Orgeron.

“You have no idea what you mean to my family,” Burrow said. “You know, I didn’t play for three years, you took a chance on me not knowing if I could play or not. I’m forever grateful for you.”

“Can you imagine a guy like Coach O giving me the keys to his football program?” Burrow asked. “He just means so much to me and my family.”

Two talented people who found themselves facing an end of the road in life and through determination and hard work found out those two roads came to an end for a reason.

Keep pushing forward, you never know what tough break is a blessing in disguise pic.twitter.com/LKYc8gSblD

Coach O had this to say about Burrow.

Ed Orgeron said when Joe Burrow hit the 3rd-and-17 throw against Texas he knew he had the best player in the country and they'd go undefeated.

Ends his interview the way you knew he would. "Geaux Tigahs." #LSU pic.twitter.com/VH8XeBLzZT

What a night for Burrow and Orgeron.