Bradley Beal wants to lead the Wizards into the playoffs 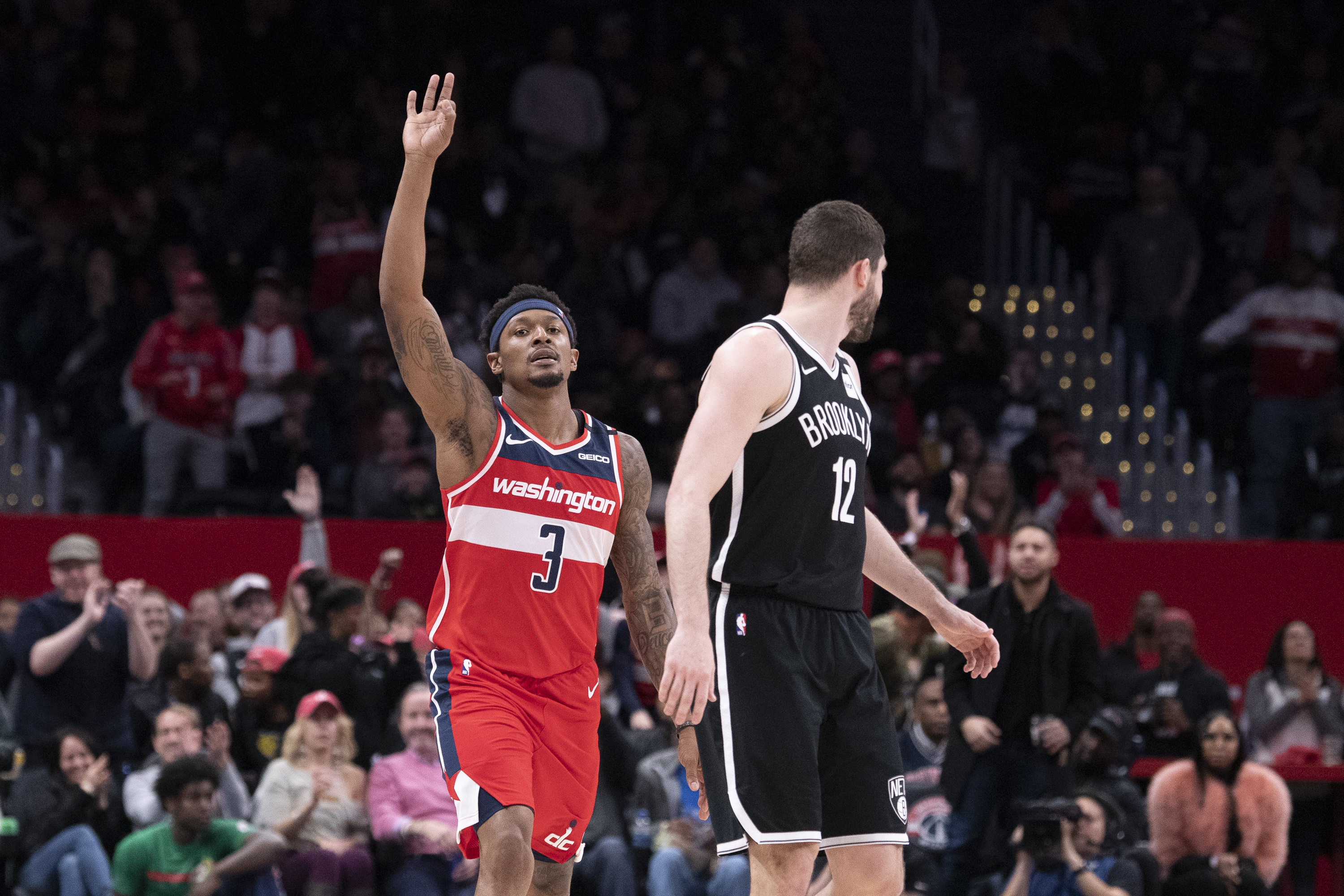 Bradley Beal wants to lead the Wizards into the playoffs

Two days ago you might think the Washington Wizards hit their low point in the season when Bradley Beal was not named an Eastern Conference All-Star reserve by the coaches. It was because the Wizards had a terrible 15-31 record and were one of the worst defensive teams in NBA history. Fast forward and Washington is feeling a little bit better about themselves. Beal, still stung over not currently being a three-time All-Star, poured it on in the fourth quarter with 15 points to help the home team defeat the Brooklyn Nets for Washington’s second straight victory.

All of a sudden, the 17-31 Wizards are the No. 10 seed in the Eastern Conference and just three games back in the loss column of the 21-28 Orlando Magic who currently holds the No. 8 seed. Admirably, Beal has continued to maintain that he wants to try and will the Wizards into the playoffs despite the lack of developed talent around him. Because he knows he cannot say anything else, he said he loves the team’s chances.

Bradley Beal on saying he wants to get the Wizards to the playoffs: "I sure have [watched standings]. I wouldn't have said it [otherwise]. … I love our chances."

On how much his last two games was because of being snubbed: "Zero. I will never let another man alter my play." pic.twitter.com/8vCTLtCk0M

Washington has five games left before the All-Star break vs. Warriors (11-39), vs. Mavericks (30-19) without Luka Doncic, vs. Grizzlies (24-25), vs. Bulls (19-32), and at Knicks (14-36). All of those contests are winnable games for the Wizards who will likely get Rui Hachimura and Moe Wagner back as reinforcements. With the current tear Beal is on, six straight 30-point games, and how bad the back end of the Eastern Conference is the playoffs are still a possibility.

“We are not looking at that. I mean we are not. But we want to keep playing good basketball,” Scott Brooks said. “We know we have a lot of areas to improve in. We have got a lot things that we have to get better and in order to compete with the high level teams, we have to do that consistently. I love the juice that we play with. I love the enthusiasm, I love the energy. I love our bench support. Whoever is in the game, our bench is cheering them. I mean we have 17 wins, you go around the league, you don’t see a lot of benches that shows enthusiasm when you have 17 wins. We are not happy with it, but we are happy with areas we have gotten better with and we know we have to keep getting better in certain areas.”

I would doubt Tommy Sheppard makes any win-now moves at the upcoming trade deadline and if the price is right maybe he even changes his position and moves Davis Bertans. Regardless, Beal and the rest of the team are going to fight for their season to continue past April 15. It is commendable, but at the end of the day, Washington would be better off with better lottery odds than a possible sweep against Giannis Antetokounmpo and the Milwaukee Bucks.