"Free Lunches" Douglas review casts doubt on just what Eagles pass defense scheme is all about... 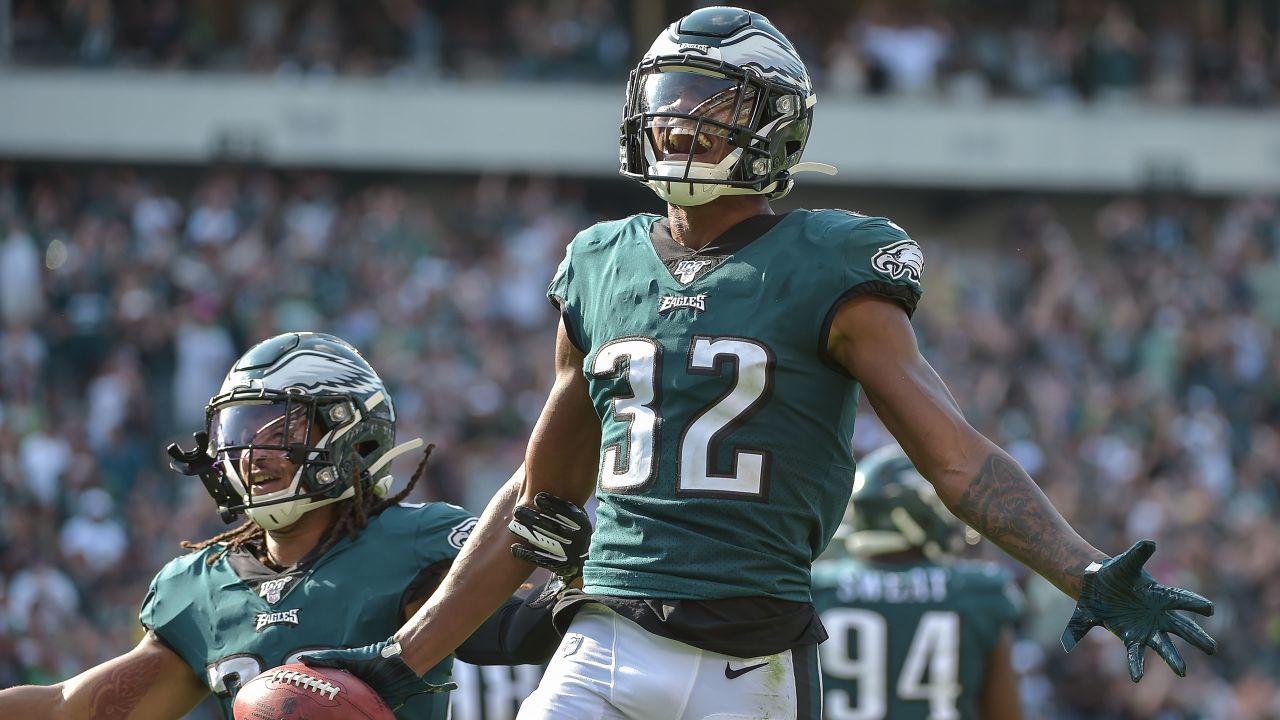 "Free Lunches" Douglas review casts doubt on just what Eagles pass defense scheme is all about...

Everybody talkin’ about personnel upgrades the Eagles must make in the defensive secondary. People not happy with whom we’ve got back there. Even the Great JB99 refers to cornerback Rasul Douglas as “Free Lunches” Douglas…a reference to Rasul’s tendency to give up easy catches when playing well off the LOS.

The bigger question to me is how you can blame personnel when your basic defensive alignment puts them off the ball, often in a “sticks” kind of prevent pass coverage scheme? This approach is based upon the concept of keeping every pass route in front of you at all times. It’s predicated on your belief that your pass rush guys will buy time from an opposing quarterback’s delay in getting rid of the football.

This is the Jim Schwartz system in a cynical nutshell.

My question is how any cornerback, let alone Rasul Douglas with his limited 4.59 speed, can excel in a system like that?

The bEAST from Eaglemaniacal.com shares my concern:

“THE Eagles aren’t getting as much out of CB Rasul Douglas as they should be. Part of the reason is that Defensive Coordinator Jim Schwartz has repeatedly tried to use Douglas as an every down, man-to-man Corner. That’s not who Douglas is, though. And if the team is going to get his best football, they have to put him in  a much better [strategic] position.”

The bEAST has an interesting take on Douglas’ role:

“Some sportswriters in Philly don’t think Douglas can play FS, but I think otherwise. When FS Rod McLeod needs a breather, I’d like to see Douglas get time back there. Actually, that’s where I’d want to see him for about 80% of the field. Once we hit the red zone, then I’d like to see him slide over to CB.”

When Douglas first got to Philly, sometimes he was used as a CB, and other times as a FS. Even early on, he showed good instincts and an understanding of what opposing offenses were trying to do. At 6’2” 209, he more than has the size to be dominant at either position, but he’ll always lack an important CB trait— high-end speed.

Tackling used to be an issue. When he first got here in 2017, his tackling was pretty awful.  That made him risky to play at FS. However, in 2018 DT Fletcher Cox called him out over it. Douglas took it to heart, and worked to vastly improve his technique. Today (for a CB) he is an excellent tackler. He also aggressively sniffs out screens, and routinely blows them up in the backfield.

The surface issue with him at CB is that he doesn’t have the wheels to cover top-end speed. Which is a shame because he has excellent ball skills. He can be a problem when he can turn a catch into a contested one. In fact, if he isn’t in “chase” position, throwing the ball into his area comes with a ton of risk. No matter who you think you are.

While an absolute burner may get a step on him on long routes, no one is going to run away from him inside the red zone. That becomes an area where he can be used on the edge. Long arms, height, and ball-skills give him the tools to generally make opponents pay, without exposing him to poor odds. You’d need an excellent throw to beat him.

Douglas starting at CB in Cover-2, Tampa-2, or Cover-4? You might squeeze a Pro Bowl or two out of him. Given deep help, he’d make life hell underneath. However, in a Cover-1, or Cover-3 system, he’s just not a down-in/down-out guy. I really like him. I’ve rooted for him from the jump, but he just isn’t a starting CB in Schwartz’ current system.

However, in even in our Cover -1/Cover-3, he’d make a receiver’s life difficult, as a red zone CB.

These kind of thoughts could revolutionize how you build a secondary in the NFL. Based on the Schwartz system, maybe you should draft guys or trade for guys who will rotate into specific roles based upon field position?

EYE don’t have the answers, just the questions. It happened in baseball— the emergence of late-inning relief specialists. Maybe you save a guy like Douglas for specific situations based upon field position on potential scoring drives?

This kind of thinking can make us think twice about the type of personnel upgrades which are necessary—or not.

As for Rasul Douglas, he is INNOCENT of deliberately handing out free lunches. Blame it on the Bossa Nova…I mean, the Boss of the Defense.

Rasul is a really nice guy.

Douglas grew up in East Orange, New Jersey, where he and his six other siblings were raised by his grandmother, and attended East Orange Campus High School.

Douglas started his college career at Nassau Community College. After redshirting in 2012, he recorded 83 tackles and five interceptions over the 2013 and 2014 seasons. In 2015, he transferred to West Virginia University. During his first season at West Virginia, he appeared in 11 games and recorded seven tackles and an interception. As a senior in 2016, Douglas was named first-team All-Big 12 after he tied for the nation lead with eight interceptions. He also had 70 tackles and a sack.

Coming out of West Virginia, Douglas was projected to be a third to fifth round pick from the majority of NFL draft experts and analysts. He received an invitation to the NFL combine and completed all of the required combine and positional drills. On March 31, 2017, Douglas participated at West Virginia’s pro day and opted to run the 40, 20, and 10-yard dash once again while also performing positional drills. Team representatives and scouts from all 32 NFL teams attended to scout Douglas, K. J. Dillon, Shelton Gibson, Tyler Orlosky, and 14 other prospects. He was ranked the 19th best cornerback prospect in the draft by NFLDraftScout.com.

The Philadelphia Eagles selected Douglas in the third round (99th overall) of the 2017 NFL Draft. He was the 17th cornerback selected in the draft and the second cornerback taken by the Eagles after they selected Sidney Jones in the second round (42nd overall).

Douglas was inactive for the Philadelphia Eagles’ season-opening 30-17 victory over the Washington Redskins. During the second quarter, starting cornerback Ronald Darby dislocated his ankle, sidelining him for 4–6 weeks. On September 17, 2017, Douglas made his professional regular season debut against the Kansas City Chiefs and finished with four solo tackles and a pass deflection in the 20-27 loss. The following week, he earned his first career start in place of Ronald Darby and recorded four combined tackles, defended a pass, and made his first career interception after picking off a pass from New York Giants’ quarterback Eli Manning during the 27-24 victory. Douglas finished his rookie season with 25 tackles, 2 interceptions, and 11 passes defended. The Eagles went on to win Super Bowl LII 41-33 against the New England Patriots. Pro Football Focus gave Douglas an overall grade of 61.2, which ranked 87th among all qualifying cornerbacks in 2017.

The point of all this is Douglas was never drafted to serve free lunches. He had to trust the overall defensive scheme into which he was drafted. Schwartz and the Eagles knew exactly what he does best, and what he doesn’t. Now it’s time to specialize the personnel talent of guys like Douglas according to game situations, and not get roped in by “starting” labels. As long as Schwartz is in charge, you should be looking to add or develop talent which can function as a committee with multiple “bullpen” roles based upon field position and game situations.

The day of the “shutdown corner” is a dream from the past.