While growing together in Atlanta, Kevin Huerter and Bruno Fernando are enjoying Maryland's potential 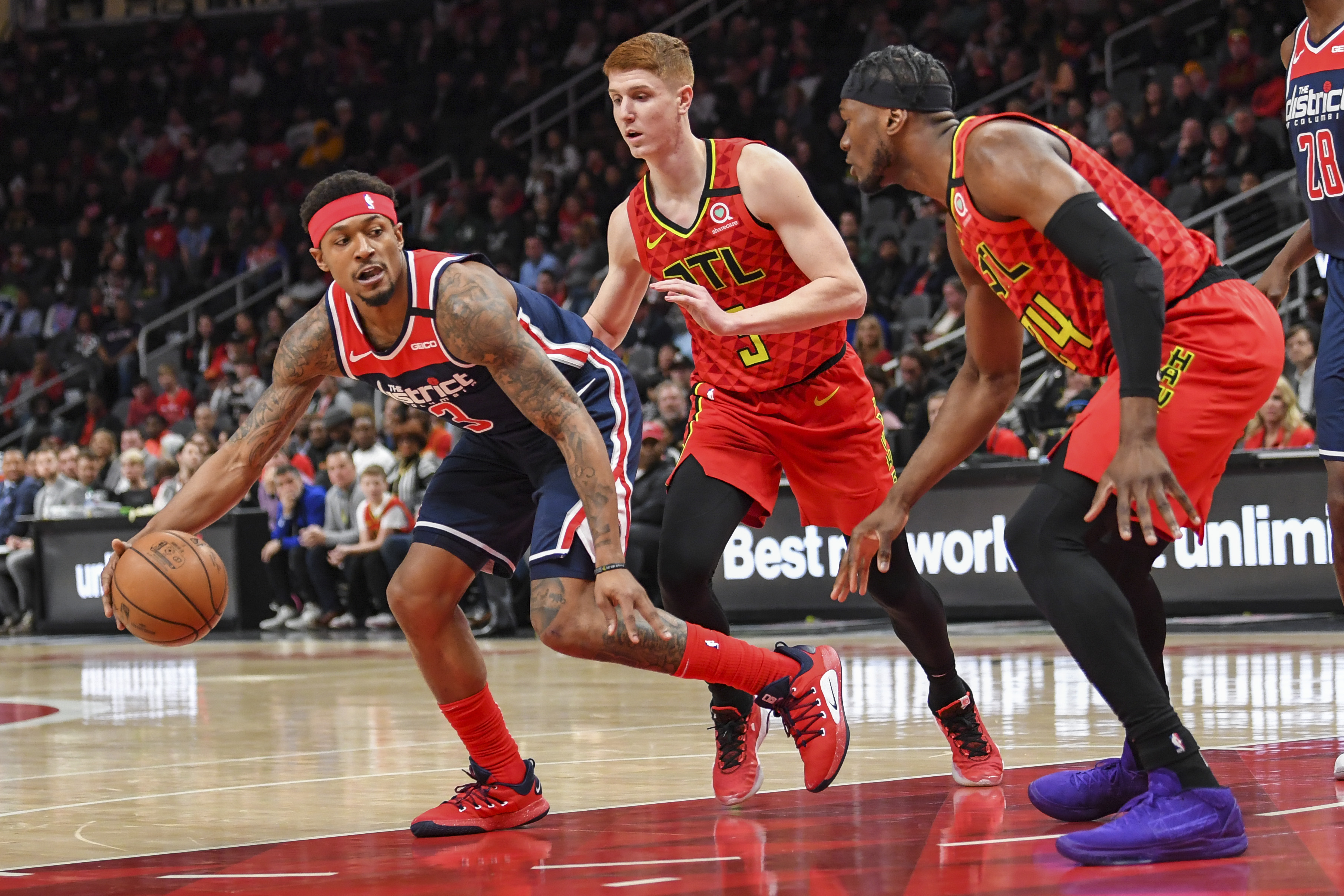 While growing together in Atlanta, Kevin Huerter and Bruno Fernando are enjoying Maryland's potential

The University of Maryland is a very prideful campus, especially when it comes to their basketball team. That means they still root and care for their favorite players once they depart College Park. The Atlanta Hawks began the season with 3 out of 4 Maryland products in the NBA on their roster. Alex Len has since left, but the inseparable duo of Kevin Huerter and Bruno Fernando remains. Their bond has continued to grow now reunited in the city that hosts the 2020 NCAA Final Four.

The Hawks lost to the Wizards on Friday, 118-112, dropping them to the second-worst record in the Eastern Conference at 19-45. Head coach Lloyd Pierce explained pregame how he is trying to teach his young team that there is beauty in the struggle. Not in a role to be a top-two option behind at least Trae Young and John Collins, Huerter is having a solid season with 12.3 points, 4.1 rebounds, and 3.5 assists per game. The rookie Fernando is trying to solidify his spot in the rotation as he slowly develops his raw abilities.

“It’s odd that college teammates get to start out on the same team, instantly you have an appreciation,” Pierce described his two Terps. “Especially for Bruno who was so excited for Kevin. I remember Bruno coming into his workout [in 2018] and just excited to know that’s where Kevin was. To come into it knowing that you have a guy there that you’ve played with before, that you’re comfortable with.”

Huerter and Fernando’s relationship is not one that you would necessarily expect. They were different recruiting classes, they do not play the same position, and they have different backgrounds. It started three years ago when Huerter was playing his freshman season and Fernando was still training at IMG Academy in Florida (they are part of the reason he is completely jacked). Fernando was so pumped about committing to Maryland to join Huerter and company the next season. The two started face timing frequently, they’ve never stopped since even when apart.

“We would FaceTime after he committed, FaceTime a lot. He was so excited to get to Maryland, he heard a lot of great things. Obviously, when he got there, we had a year together. There were a lot of ups and downs,” Huerter shared. “It was almost a similar type relationship when I left and came to Atlanta, he was at Maryland [for his sophomore season] and we would FaceTime all the time and catch up about each other and what we’re going through. He would always say how sick it would be if he came out and played for the Hawks. It was completely out of both of our control. And then we get here and he gets drafted, together again.”

Despite Fernando jokingly referring to Huerter as his son, it is the second-year ‘kid’ that is trying to help his rookie ‘dad’. Neither would agree on who the parent in their relationship is, but whatever it’s working for them.

“I’d like to think that he’d say I’ve helped him a lot in his journey,” Huerter believed. “It’s been great to have someone around that’s one of my really good friends. Have known him for a long time, a lot of similar things to talk about. It’s been great having him here.”

Fernando plays with a lot of emotion and is the same way off the court. When asking him about his partner in crime Red Velvet, Huerter’s nickname from the great Vince Carter and others, the center lit up like a Christmas tree. Of course, the two have neighboring lockers on the road, which gave Fernando the opportunity to grab hold of Huerter as he answered a question.

“It’s grown more and more, we’re just becoming closer and closer. Each day I get to spend a lot of time with my kid right here,” Fernando said as he put his arm around Huerter’s neck. “Not just on the court, off the court. In Atlanta, if I’m not doing anything I try to go over. He still hasn’t sent me his address, but I just guess and get it right. It’s been fun, we’ve grown, learning, leaning on each other. He’s been helping me a lot, we just got to continue to do that.”

The pair of 21-year olds are thriving together in Atlanta and they could not be happier about Maryland thriving this season despite both departing for the NBA. Huerter and Fernando played with a lot of the guys on Maryland’s current roster – Anthony Cowan Jr. and others were expected to be in attendance for the Hawks-Wizards game. Both Atlanta Terps have been keeping close eyes on their former squad, teammates and coaches alike, as Maryland makes their push for a top-two seed in the NCAA tournament.

Fernando shared that although he talks to everyone, he hits up Ricky Lindo Jr., Serrel Smith Jr., and Eric Ayala the most because he feels he can help them the most. The big man also felt that despite the tough stretch of losing three out of their last four games that they still have everything they want in front of them starting with a win against Michigan on Sunday to earn a share of the Big Ten regular championship. Huerter noted, “they obviously have a really big game Sunday and we’ll be watching.” Fernando likes Maryland chances behind two veteran guards and an All-American big man.

“A lot of things stood out to me, just how much the guys got better. [Aaron] Wiggins, [Eric] Ayala. Anthony [Cowan Jr.] we all expected the year he’s having. Darryl [Morsell] he’s just that glue guy for us, the guy that makes the winning plays. Jalen is going crazy, Jalen is going crazy. I expected him to do that because he calls me all the time telling me, ‘I’m going to beat your double-double, I’m going to beat this’ and I’m just like, ‘man at least you got something to chase and go do it.’ It’s been fun and amazing to watch him.”

Jalen Smith is a top 5 finalist for the Karl Malone Award given to the nation’s best power forward and a top 10 finalist for the Naismith Award given to the nation’s best player overall. There is no question that he is unbelievably talented. Now a little bit bigger and stronger, Smith is flexing his muscle to the tune of 15.4 points and 10.5 rebounds in 31 minutes per game. An underrated moment that has brought the Baltimore native to this dominance was last season’s NCAA tournament loss to LSU where a distraught Smith was consoled off the court by his big brother figure, Bruno Fernando.

“We looked at that picture and we said ‘this picture is going to end up being legendary for Maryland,’” Fernando described the heartfelt image from The Washington Post’s Jonathan Newton. “He thinks about that moment [losing to LSU in 2019] all the time and he wants to erase that with a better year. I know he’s going to do it.” 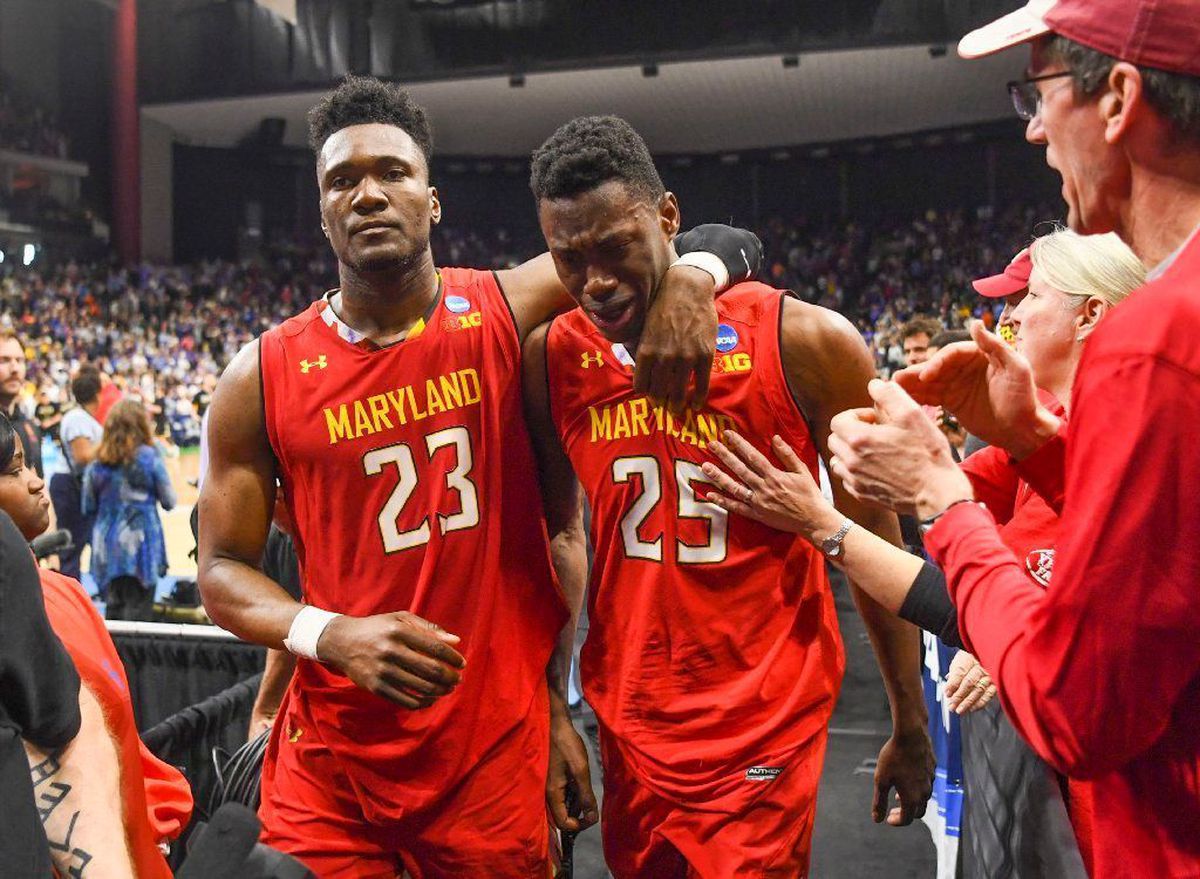