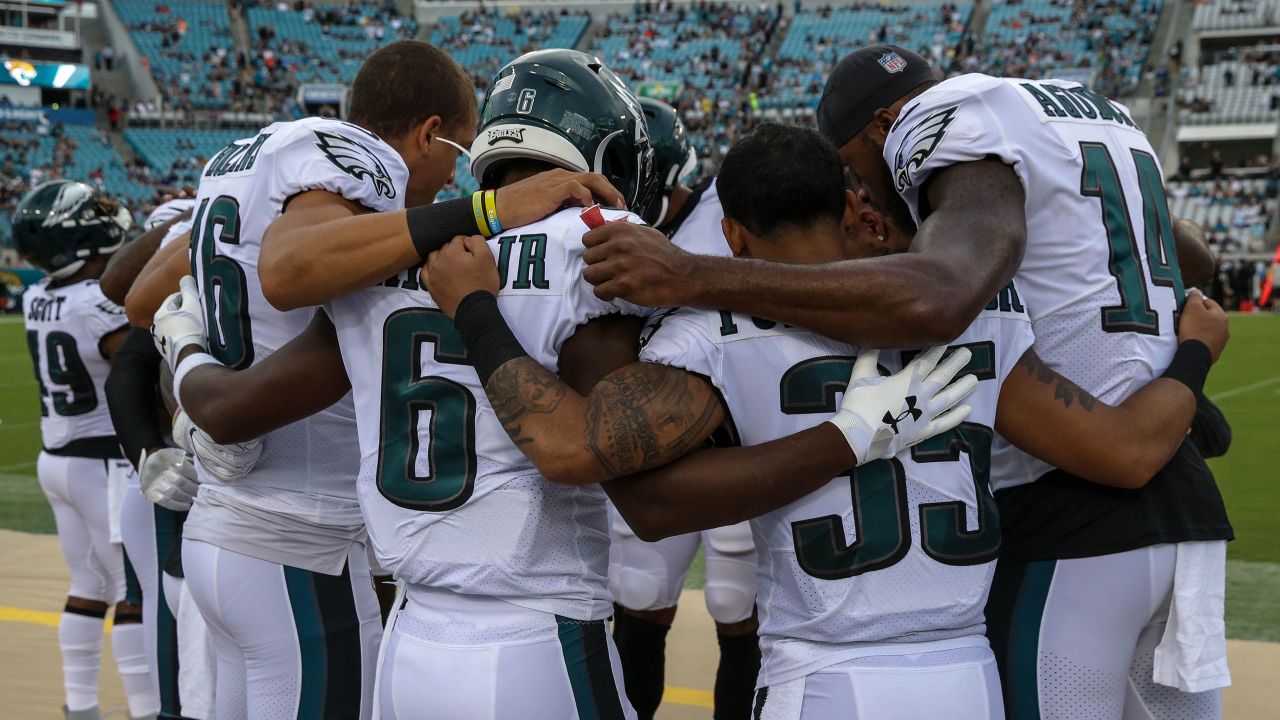 It finally starts to sink in that the Eagles are probably losing two key members of the offensive line—HOF LT Jason Peters and swing lineman Big V.  That’s the way it goes with free agency. And time marches on.

You build an offense around the trench guys. So in that sense this is already a re-tool year for the Birds.

Fine. After all the years we’ve been fans and also covered this team, we better be used to change by now. So no sloppy farewells from the EYE…

What happens at the safety position is another big guess. If the Eagles can’t meet Malcolm in the middle of an extended contract, we could be looking at a stupid vacuum of uncertainty surrounding an increasingly important defensive position.

Some local analysts have suggested drafting a safety pretty high up in the pecking order. That doesn’t always work out (see Matt Elam bust history), but Geoff Knox of InsideTheIggles.com likes this guy:

Once a darkhorse, Kyle Dugger represents an early-round safety option for the Philadelphia Eagles, and he’s as close to being a sure thing as any prospect can be.

Regardless of what side of that argument you’re on, here’s what we all can guess. If you’re setting up a draft board, place Dugger between Xavier McKinney and Grant Delpit and the next tier of safety prospects (Khaleke Hudson, J.R. Reed, and Jordan Fuller).

But that’s the point— any or none of this is possibly happening, there is no way to know where the Eagles are going to end up investing their priority picks.

What we know for sure is any idea of a predictable roster is out the window for 2020. The concept of change in personnel is about the only constant to be found in the Eagles right now.

Used to be your football cards as a kid were fairly served by at least a 5-year window of predictability of relevance to your team. Oh boy have those days sailed away forever.