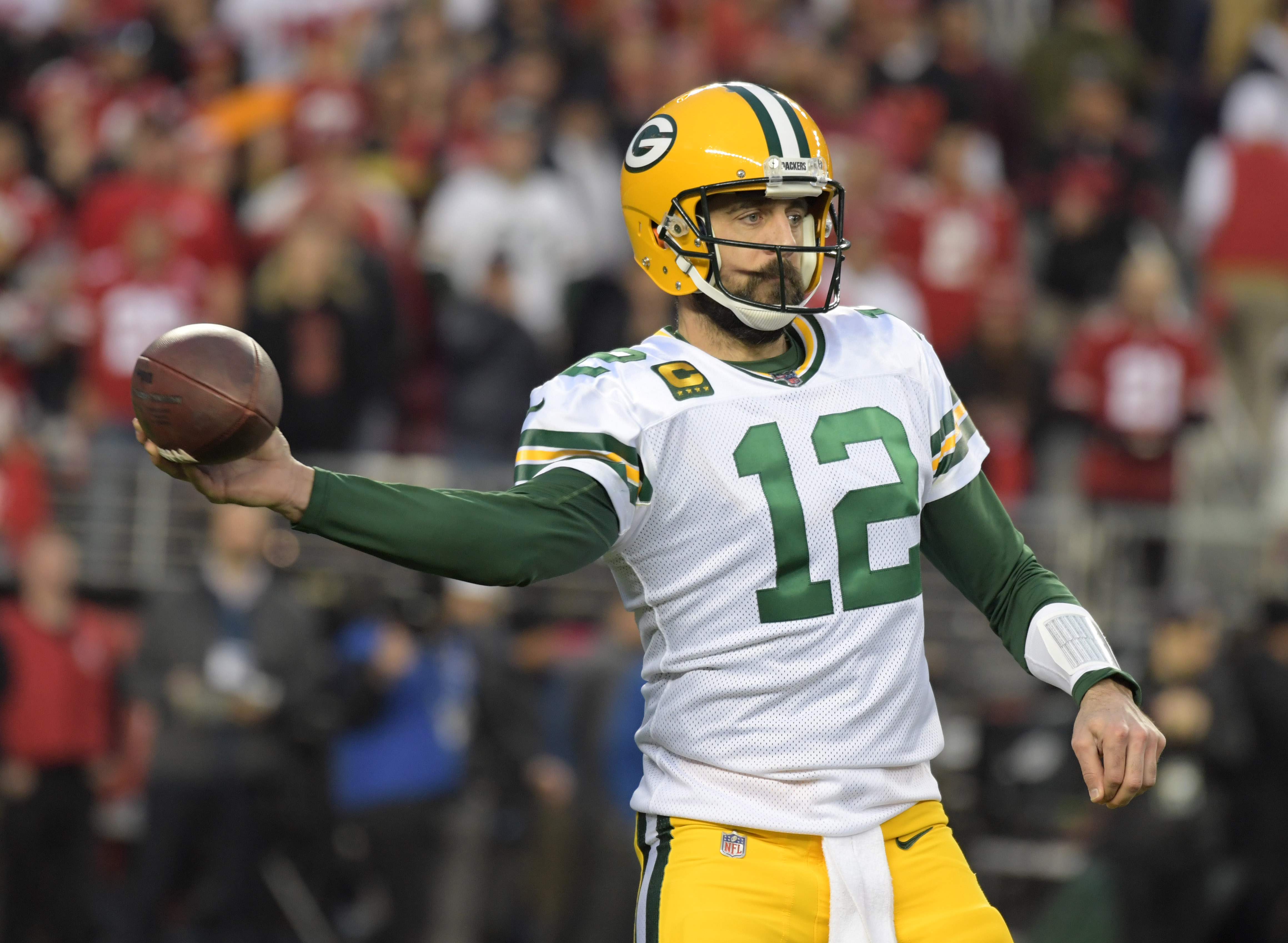 Packers quarterback Aaron Rodgers addressed the media in a conference call on Monday to discuss the upcoming season and where the team stands as the players report to this most unusual training camp.

Rodgers knows there will be a different set of challenges the team will face this year as they prepare for the season without OTAs, minicamps or exhibition games and a truncated practice schedule while the deadly Covid-19 pandemic continues to ravage the country.

One thing Rodgers admitted was the importance of having a responsibility to your teammates to stay as safe as possible.

“At this point I think all we can do is try to educate guys and try to be smart about what you’re doing outside the facility,” Rodgers said. “There are some things out of our control and some things that are in our control…It just comes down to personal responsibility. It’s about taking care of your teammates…It’s about accountability to the squad, thinking about who you’re surrounding yourself with, how you take care of your body, boosting your immune system and also reporting any symptoms you may be having, I think that’s important.”

“The verbiage is coming a little bit easier for me at this point than it was last year,” Rodgers explained. “It was a good offseason for us with the Zoom meetings just kind of going over the installs and talking about what we like and what we want to take out and how we want to adjust things. I appreciate that about Matt, the working relationship that we have. There’s a lot of great conversations. We went through the entire playbook this offseason and obviously we had a lot of time. I think a lot of those football conversations will pay dividends this season.”

Rodgers sees two major challenges regarding the reduced preparation time for this season. The first is building the camaraderie that good football teams usually have and that the Packers clearly demonstrated during last season’s 13-3-0 campaign that netted a division title, a payoff bye and a berth in the NFC Championship Game.

“Usually we’re in Green Bay. [But it’s different] not being able to be with the guys and trying to build that camaraderie during the offseason, during those workouts. That’s the time we’ve done a lot of fun dinners and trips to Milwaukee and Madison and Brewers games and Bucks games and bar-b-ques. Trying to find ways to look to build that chemistry is definitely one of those challenges without the gatherings we’ve had in years past.”

The second major challenge will be getting players physically and mentally prepared for the new season without the usual practice reps and preseason games.

“I think it’s going to put a stress on every team and the team that is able to deal with it the quickest will probably come out the hottest at the beginning. But as we learned last year, it’s about peaking at the right time and starting off fast and then maintain it throughout a long season.”

“It used to be a nine week offseason and then a training camp, four preseason games. Now we’ve got to do this in a short amount of time so the urgency is definitely there for us.”

Rodgers also knows that mentally the preparation will be different as well. “So much of this game is not just about what happens on the field, it’s the conversations, the communication off the field, in the meeting room and in the locker room, in the breakout groups and the walkthroughs. I think that’s going to be even more important than in year’s past. We’re not possibly going to be able to rep every play enough times in our practices to work out all the kinks of every play whether it’s a new play or a play that worked last year or a play that didn’t work last year that we’re trying to get to work this year, so it really comes down to those side conversations, the conversations at a walkthrough.”

Rodgers recalled 2011 when the offseason was reduced because of a labor dispute.  “One thing that was talked about a lot in 2011 I think was the role of the free agents and the undrafted players getting up to speed without having an offseason. I think that is going to be a difficulty for those guys. I remember it was in 2011 and I feel like we really had to rely on some of the older players who had been with us early on in the season as the younger guys who may have a role for us down the line or midseason kind of get up to speed of what it’s like to play in the league. Some guys may be able to just step in and play, Randall Cobb came in and returned a kickoff for a touchdown in his first game although he ran the wrong route for his second touchdown, but he made a great play and scored again. He didn’t really need it he was kind of a pro from day one but some guys need an acclimation period as we saw from some of our draft picks last year and those guys who need it are just going to have to learn as quickly as possible and in the meantime we have to rely on some of the older guys in the beginning of the season.”

As a veteran, Rodgers knows that this season will be different from any other. But because of his experience, A-Rod may be in a better situation to lead the Packers through this difficult challenge than many of his peers.