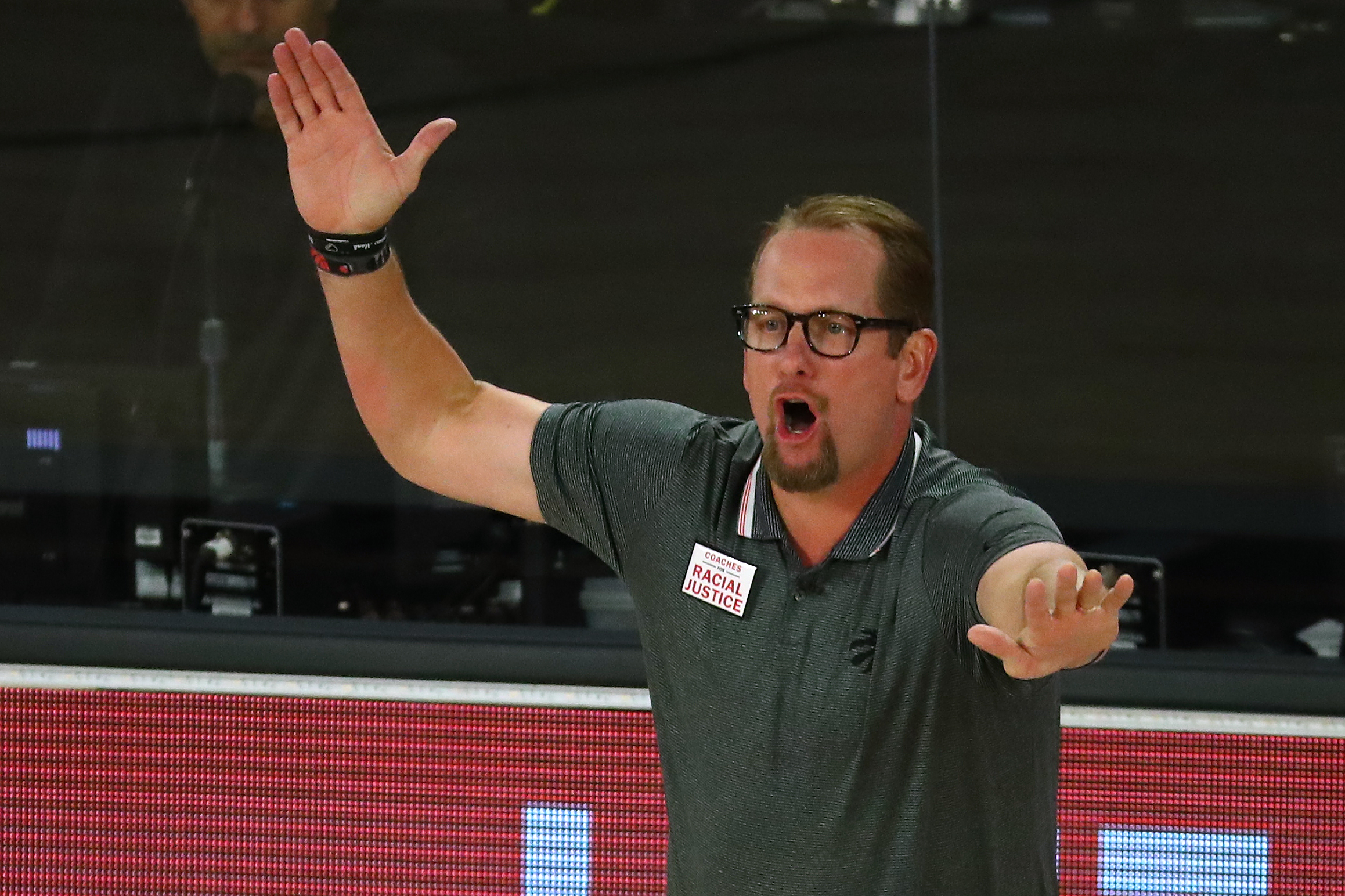 The defending champions haven’t gotten to the line much in their second-round playoff series, and the team’s head coach is not happy about it.

Toronto dropped its second consecutive game to Boston on Tuesday night, and now finds itself down 2-0 in the series. The Raptors simply could not hit a three-pointer in the first half of the game, and it hurt them immensely.

And while their shooting woes were surprising, the fact that they didn’t attempt a single free throw in the entire half was a complete shock, given how aggressive they usually are.

In fact, Jayson Tatum’s 14 free-throw attempts were nearly as many as the Raptors had all game (19), and Nick Nurse took issue with it in speaking to reporters afterward.

“The only frustrating part is that he shoots 14 free throws tonight, which is as much as our whole team shoots,” Nurse said, of Tatum. “…The [referees] took very good care of him tonight.”

Raptors coach Nick Nurse on Celtics’ Jayson Tatum after Game 2 loss: “The only frustrating part is that he shoots 14 free throws tonight, which is as much as our whole team shoots. … They took very good care of him tonight.” pic.twitter.com/q8wwbsOi7Z

Nurse is clearing trying to work the officials ahead of this must-win Game 3, but there’s no crying in the playoffs.