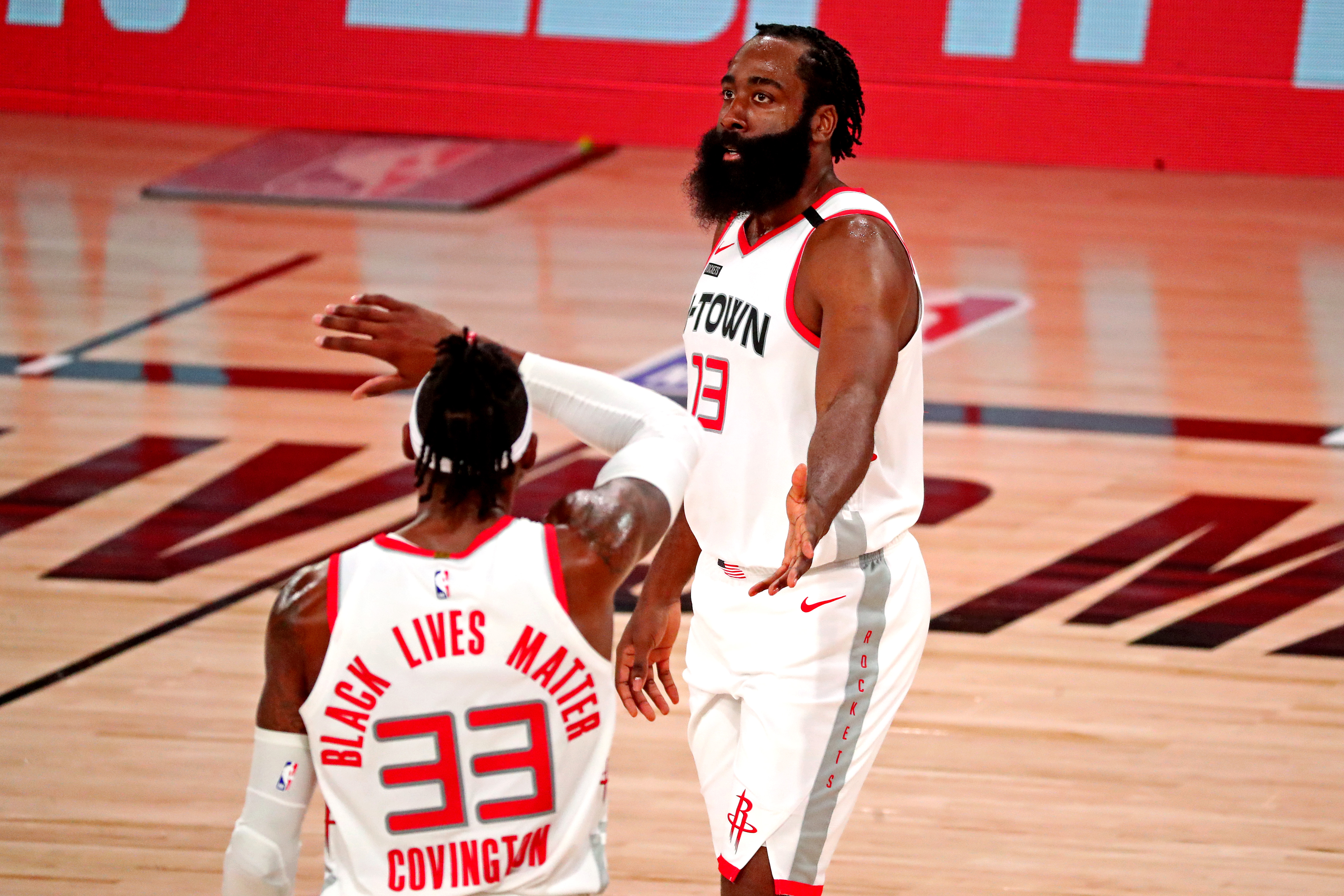 James Harden has won the scoring title three years in a row. This season The Beard joined the 20k club, a feat achieved by fewer than 50 players. The guy is probably the league’s best scorer since Air Jordan.

But when the Rockets’ season was on the line in Game 7 against his old team, the Oklahoma City Thunder, it was his defense that brought the victory home. Capping off a less-than-stellar scoring performance, Harden showed that he can also bring it at the other end of the floor by blocking Dort’s game-winning trifecta attempt with just five seconds left on the clock. 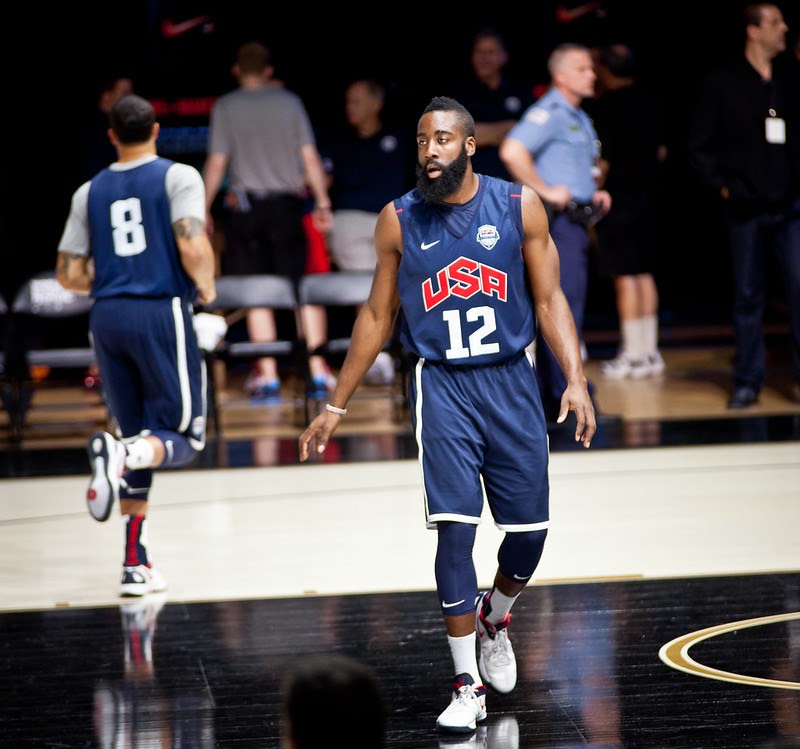 From Choke to Clutch

With that single play, Harden changed the narrative of the series. Had Dort pulled off the clutch three, the headlines would have been clear for everyone: Harden chokes again.

Harden had a very poor offensive game by his standards, scoring a subpar 17 points. And he knew it. After the game, he launched a few expletives to describe his scoring performance. Dort, the undrafted rookie, had a career-high of 30 points and nearly killed the Rockets with his last-gasp attempt.

If he’d succeeded, it would have added to Harden’s long list of Playoff disappointments. It’s a narrative that has plagued the Rockets in years gone by. In 1994, Houston newspapers derided the Rockets for giving up huge leads against the Suns in the Playoffs.

We know what came next. The Rockets catapulted themselves to NBA folklore by winning back-to-back titles and the famous Clutch City monniker. Hakeem Olajuwon is now known as the best Houston has ever produced.

Will this key play mark the turning point for James Harden’s playoff career with the Houston Rockets? Can he add a championship ring to his long list of accolades?

It would certainly fit this unpredictable NBA ‘Bubble’ Playoffs, where the lauded Bucks are on the brink of elimination. Placing a bet on a winner for this year’s NBA title is the furthest from a sure thing it’s been in a long time.

Is Harden Really a ‘Choker’? 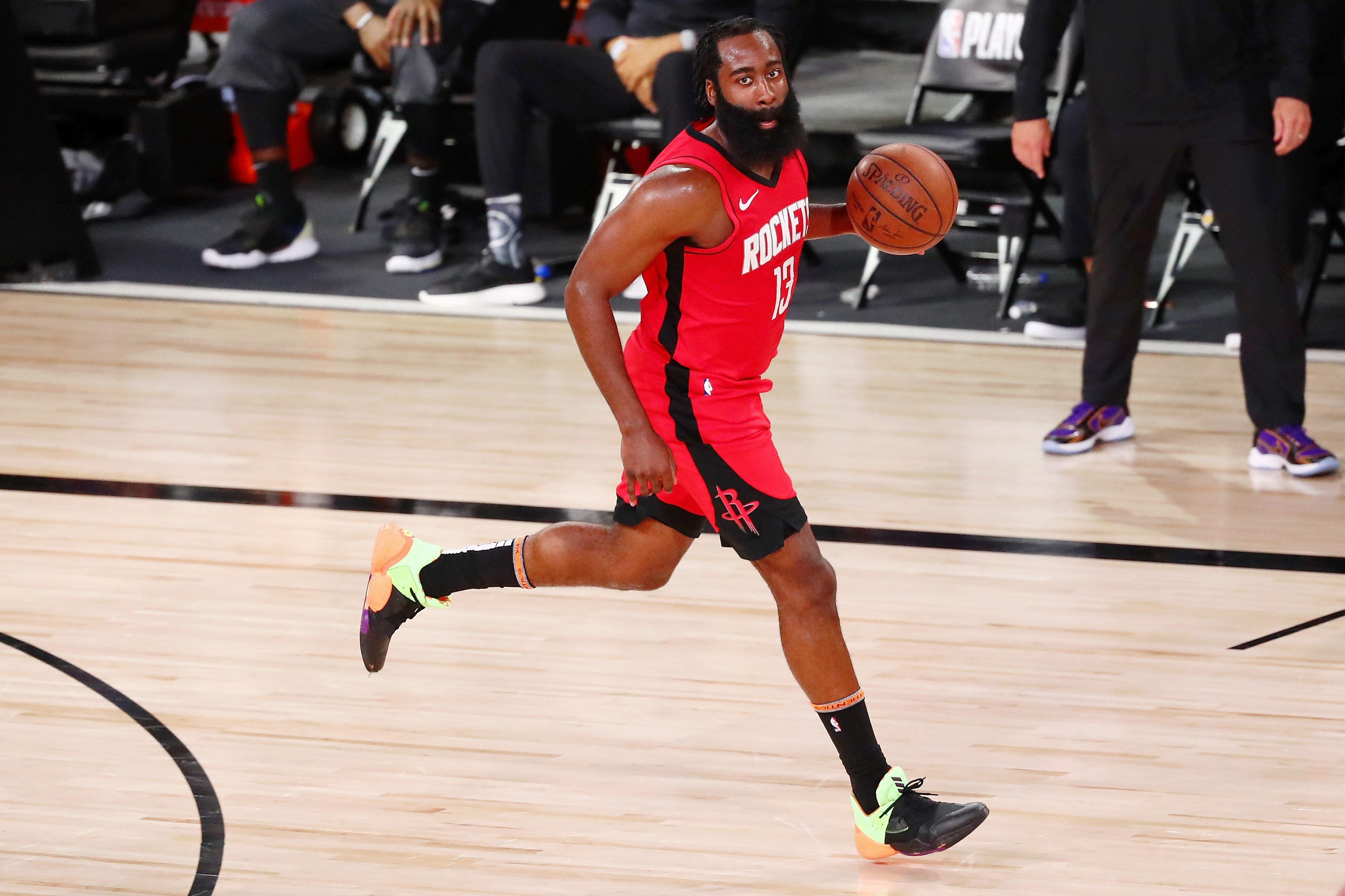 He’s had plenty of disappointments in the Playoffs. He’s been called a serial choker. Some think he’s a fraud, with Rolling Stones writing that he’s more known for coming up short when it counts than on his famous Beard. Ouch.

There’s some truth to the accusations. In 2013, when he was still with OKC, he shot an abysmal 7/22 in the crucial elimination game.

In 2015, he was benched during the important stretches of Playoff games. Against the Warriors, Harden broke the record for turnovers in a playoff game. The Rockets were unceremoniously knocked out by the future champs.

While Harden has put up good numbers in the Playoffs, it’s undeniable that he hasn’t been able to step up and take his team over the finish line.

But in many ways, The Beard has been unlucky. Calls that haven’t quite gone his way. Teammates injured or not coming up with the goods when it was needed most. Coming up against NBA royalty in the Golden State Warriors.

Now it seems Harden is taking the bull by the horns. With Russell Westbrook sidelined for much of the series, it was up Harden to be the franchise superstar he’s expected to be. At 31 years old, he’s at his peak. And it wasn’t buckets that brought him glory, but a defensive play.

Up Next: It’s Showtime

Will Harden be able to add to the surprise narratives this year’s Playoffs are giving us? Maybe. But there’s just one thing he needs to do first: knock out favorites Lebron James and the LA Lakers.