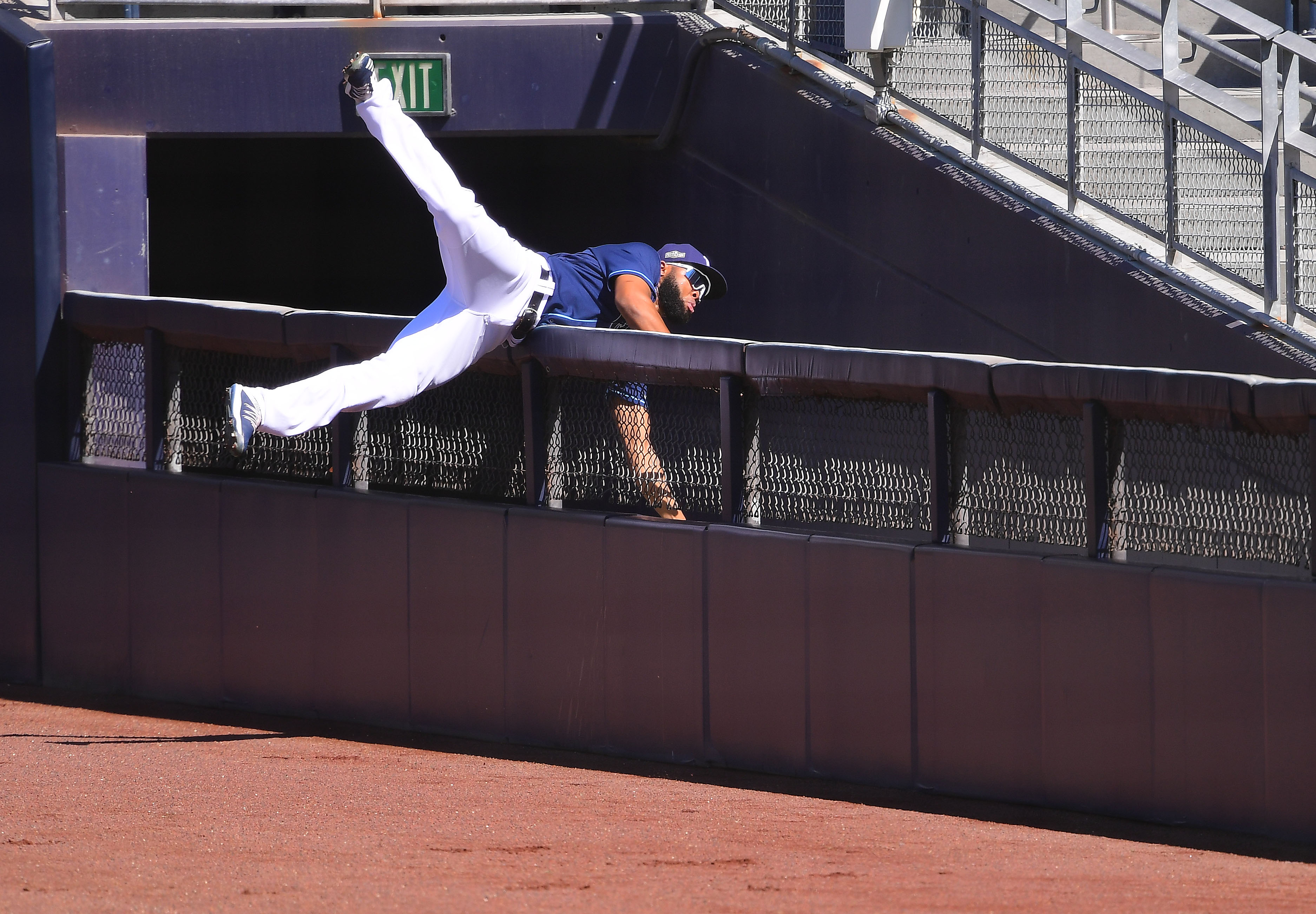 There is one major reason why the Tampa Bay Rays have a commanding three games to none series lead over the Houston Astros in the American League Championship Series. The answer is team defense. Quite simply it has been unbelievable in the first three games to date.

It has started with the outfield. In game two we saw an unbelievable catch by Rays outfielder Manuel Margot of San Cristobal Province, Dominican Republic. Margot ran at full speed in foul territory and then dove over the right field fence, caught the baseball, and fell awkwardly into the wall at Petco Park in San Diego. The catch came after he hit a key three-run first inning home run in a 4-2 Rays game two win.

Then on Tuesday, in a convincing 5-2 Tampa Bay victory, it was more the same. According to Dan Gartland of Sports Illustrated, what we saw from the Rays was a “defensive clinic.” Outfielders Kevin Kiermaier of Fort Wayne, IN and Hunter Renfroe of Crystal Springs, MS made two dazzling catches each.

The Rays infielders have equally been terrific. One Rays infielder who deserves high praise is first baseman Ji-Man Choi of Incheon, South Korea. Choi’s ability to reach out and catch the baseball to the point where he is doing the splits, is something that has been extremely noteworthy.

The same cannot be said for the Astros. Second baseman Jose Altuve, who is normally very reliable in the infield has struggled mightily with his throws. As a matter of fact, we have not seen an infielder struggle so much in the postseason since Chuck Knoblauch of the New York Yankees had a serious case of the yips two decades ago. The Astros have committed four errors as a team in the last three games, with three errors going to Altuve.

Altuve’s first inning error in game two should have been caught by Houston first baseman Yuli Gurriel. In fact, it was initially given to Gurriel, but the official scorekeeper changed his or her mind. The next batter was Margot, who hit the three-run dinger which led to three unearned runs. Then in game three, Altuve’s error was the centerpiece of a five-run Rays sixth inning. That is all the offense Tampa Bay needed in a three-run win.