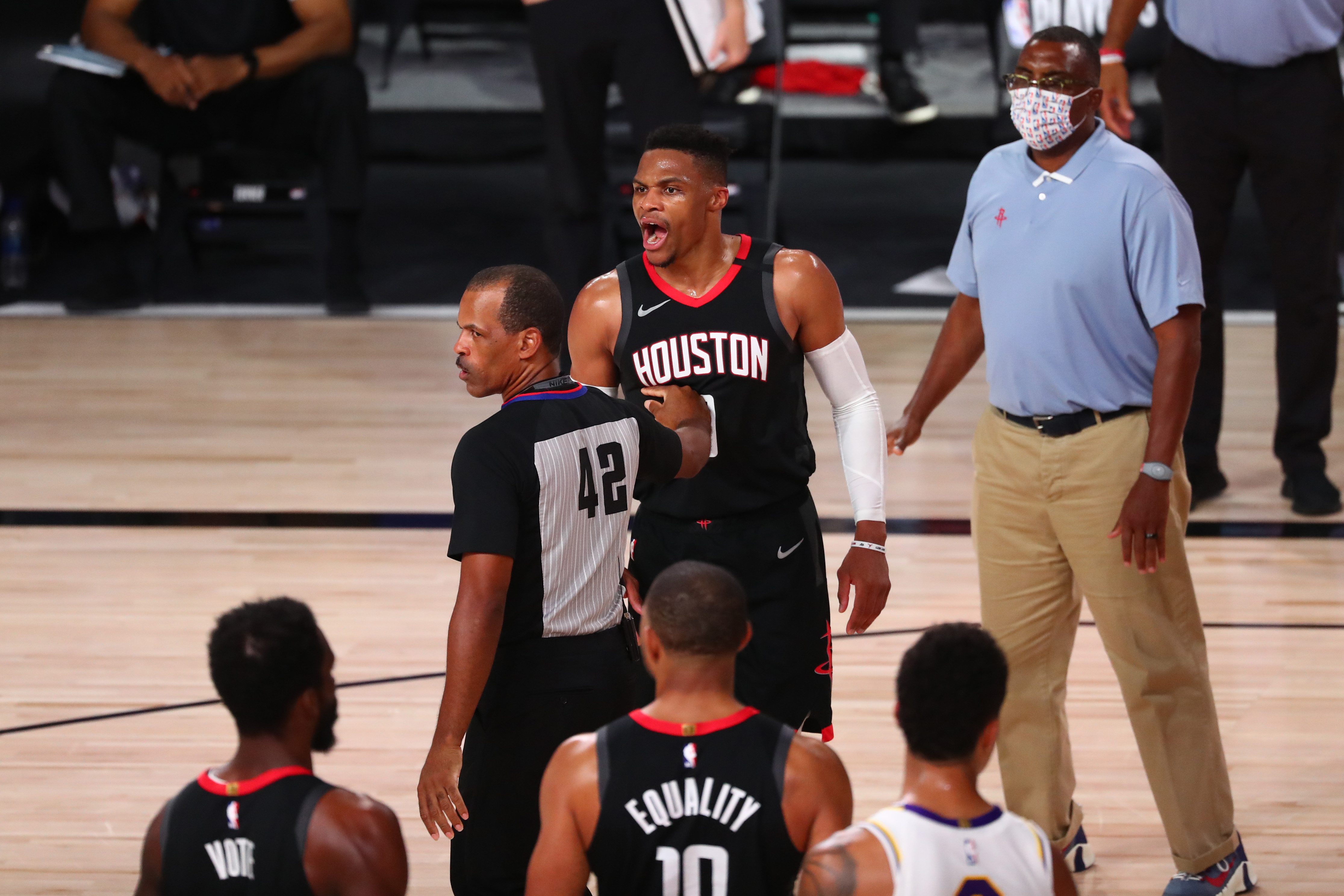 The Sixers have a new regime, with new team president Daryl Morey running the show, and it sure looks like they’ll be retooling their roster in the coming weeks.

It’s unclear exactly who will be moved, as it will be difficult to get off the contracts of guys like Al Horford and Tobias Harris, but they’ll probably attempt to anyway. The Joel Embiid-Ben Simmons marriage hasn’t played anywhere near expectations since it began, but it doesn’t look like the Sixers are ready to give up on it yet.

In the meantime, it does look like they’re looking to add another ball-dominant player, despite how many cooks they already have in the kitchen.  ESPN’s Brian Windhorst recently reported that they’re interested in trading for Russell Westbrook.

“There are some East teams that are interested [in Chris Paul],” he said on a recent podcast. “I think New York has interest. Philadelphia has interest. I believe there’s been some cursory conversation between Philadelphia and Oklahoma City, but I don’t get the impression there’s any traction there.”

Westbrook is set to make $41.3 million this upcoming season, so they’d have to clear a ton of cap room to make it work. The Knicks, on the other hand, could simply absorb Westbrook’s salary.