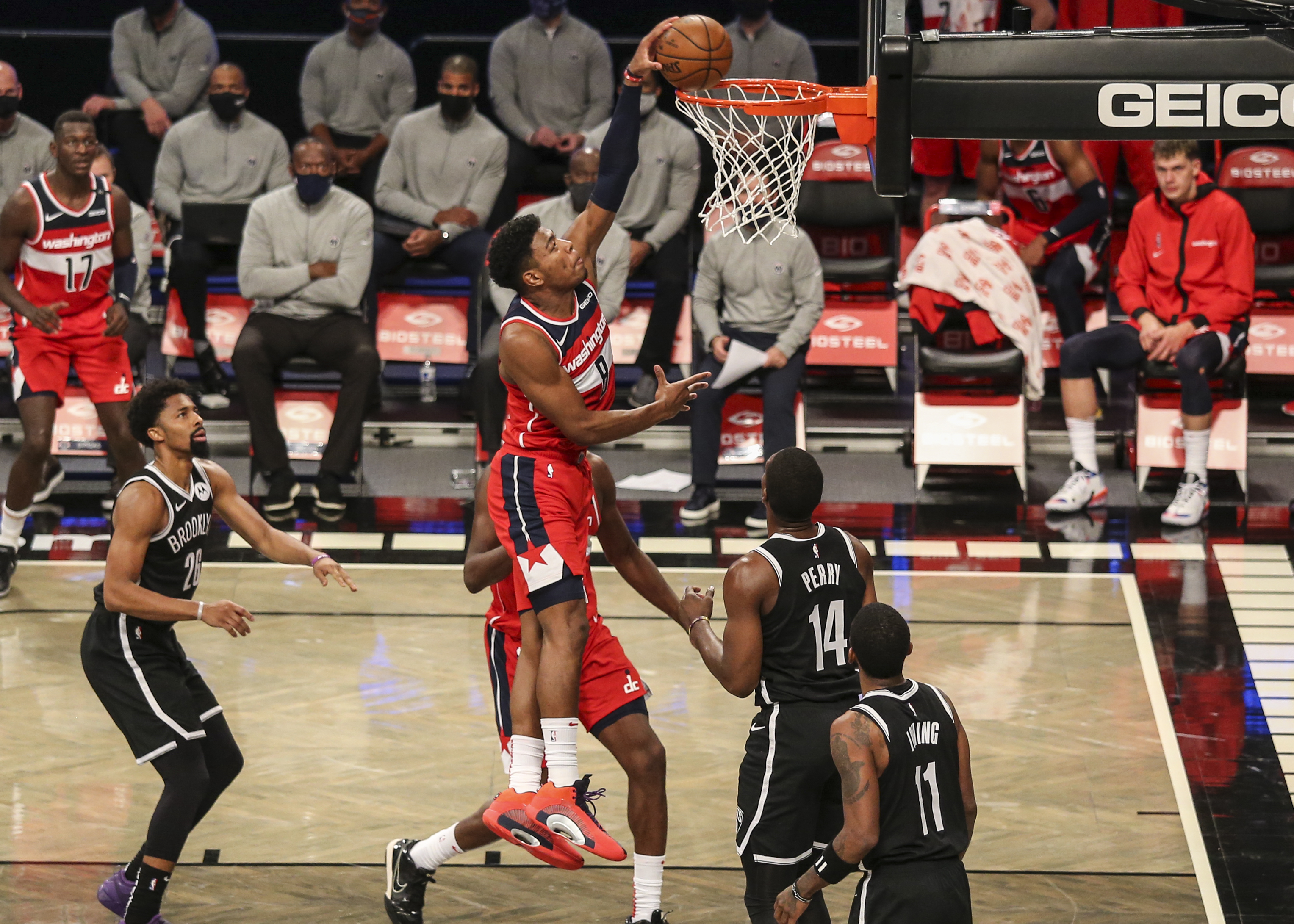 The Washington Wizards lost their preseason opener to the Brooklyn Nets, 119-114, but the exhibition outcome is not important in a game that Russell Westbrook, Bradley Beal, and Davis Bertans all sat out of.

The 19-year old probably could not have scripted up a better preseason debut for himself than what played out on Sunday night. Avdija made all six of his field-goal attempts, three of which came from beyond the arc where he showed a smooth stroke on open catch and shoot opportunities. The rookie also showed good touch with a couple of floaters. We may have a new leader in the clubhouse to start at small forward on December 23 against the 76ers. You can watch Avdija’s first, second, third, fourth, fifth, and sixth buckets yourself.

If there was one thing that last year’s ninth overall pick wanted to improve on coming into his second season, it was an improved ability to space the floor by becoming a 3-point threat. At the end of the 2019-20 season in Orlando, Hachimura showed an increased willingness to shoot the deep ball that he would more reluctantly turn down earlier in the year. Now with more arc on his shot, the Wizards are hoping to see more results like Hachimura’s 3-for-4 shooting from three against Brooklyn. The Gonzaga product also had some thunderous dunks as he threw around his added muscle in the paint.

When John Wall was still on the roster, it made some sense to have a third veteran point guard given Wall would have his playing time heavily managed returning from injury. Before the preseason game, Scott Brooks mentioned that Russell Westbrook may not play in back-to-backs, which opens playing time for Neto. A hard-nosed point guard, Neto finished with 17 points on just six shot attempts as well as six assists. In a game where Washington surrendered 45 free throw attempts to Brooklyn, Neto did well for himself, 9-for-10, at the charity stripe. That is good production for a veteran’s minimum signing.

In his second year as one of Washington’s two-way players, there is no denying that Mathews is a great shooter. Just ask Jeff Green. It will not be easy for Mathews to crack the rotation come the regular season when Jerome Robinson (stomach) returns to the lineup that adds to a crowded room of wings including Troy Brown Jr. and Isaac Bonga that could also eat up minutes.

Kevin Durant And Kyrie Irving Are Back

The DMV native’s 15 points on 5-for-12 shooting may not be overly impressive in 24 minutes of work, but Durant showed he still has the elite skills that made him an MVP before his Achilles injury. Irving had an efficient 18 points on 7-for-9 shooting in just 17 minutes of play as he was giving Neto and other Wizards the honor of several dances ending in a bucket. That will certainly be a scary duo for the rest of the Eastern Conference to contend with.