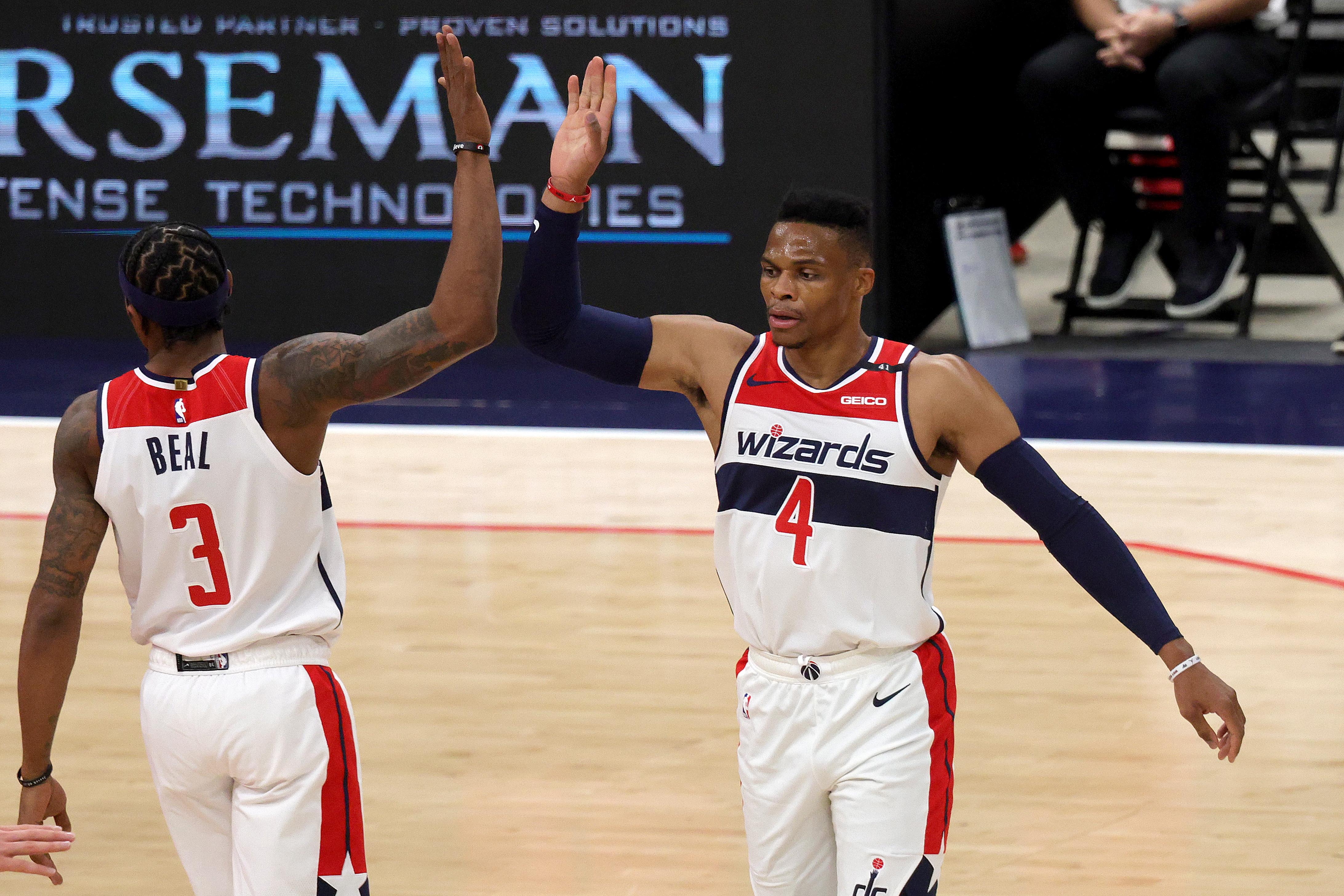 The Washington Wizards would not end the abbreviated 2020-21 preseason schedule winless as they secured a 99-96 victory over the Detroit Pistons on Saturday night from Capital One Arena. Here are five takeaways as Washington now looks to prepare for their season opener at the Philadelphia 76ers on Wednesday. You can also listen to the full post-game availability below.

Statistically, Russell Westbrook had 8 points on 4-for-10 shooting including 0-for-3 from beyond the arc in 17 first-half minutes. He also added seven rebounds and three assists. The intensity that Westbrook brought to the floor cannot be found in the box score and Washington hopes that translates throughout the upcoming regular season and post-season.

‘”He’s been nothing short of spectacular,” Scott Brooks said. “What he tells the guys, how he coaches his teammates and they listen. What he’s done and how he prepares, trains, how he looks at the game is priceless. All the young players are going to be thankful in 10 years when they realize what he’s done for them.”

Tommy Sheppard has made it clear that he has viewed Thomas Bryant as the Washington Wizards’ starting center since rewarding the young big with a 3-year, $25 million contract before last season. The big man still has a ways to go on the defensive end where he is striving for excellence, but his offensive game is already quite effective. In 25 minutes, Bryant had 22 points on 7-for-12 shooting including 3-for-6 from beyond the arc to go with seven rebounds. Defenses will be locked in on Bradley Beal and Russell Westbrook at all times, which will lead to Bryant having a lot of easy opportunities throughout the year.

Neto has been a favorite of Tommy Sheppard for some time so when the opportunity came to sign him to a veteran’s minimum contract, it was a no-brainer for Washington. Initially, it seemed like Neto would only see meaningful playing time when Westbrook sat out of back-to-backs, but he is going to make his own playing time with his play. In 19 minutes, Neto tallied 10 points on 4-for-7 shooting including 2-for-4 from deep to go with a couple of rebounds and a couple of steals. Brooks experimented with a three point guard lineup for Westbrook, Neto, and Ish Smith that had some success. Neto’s effort on defense also makes him a viable option at backup shooting guard should Jerome Robinson and/or Troy Brown Jr. fail to meet expectations.

“He’s not our best player on our team, but he’s one of our best players in camp. Every practice, every game, every time he’s on the floor, he just makes things happen,” Brooks assessed.

“He does a tremendous job of running the team, running the offense,” Beal commended Neto. “He gets after it, he’s a pest. He has a strong build, he’s Brazillian, they’re known for their strength. He’s very strong. He can shoot the leather off the ball. He has heart, he has grit, everything that we need.”

Davis Bertans Will Need Some Time

Between the pandemic and being a free agent not wanting to risk injury, Bertans has not played 5-on-5 basketball until the past couple weeks of training camp. That is nine months that Bertans did not play real basketball as he was only able to partake in individual workouts with his trainers in Latvia. Bertans admitted that the first three to four minutes of play were ok, but once he hit seven to eight minutes consecutively he was fatigued. After draining his first shot of the game, Bertans missed his next six (all from deep) in his 11 minutes of play to which Brooks joked he might have to ask Tommy Sheppard to make a trade. The $80 million man self-assessed it may take another week or two to be fully conditioned.

Whether it happens on Wednesday in Philadelphia or not does not matter too much. At some point this season, the Wizards are going to make Deni Avdija their starting small forward for the rest of the year and they hope for several years to come. He is not your ordinary 19-year old as he has already battled against grown men in the EuroLeague for three seasons that has helped cultivate an extremely hardworking individual. In typical Brooks fashion, he is keeping his cards close to his chest, but Avdija’s ability to impact the game when his shot is not falling is encouraging. In 32 minutes as a starter, Avdija had just nine points on 3-for-8 shooting including 2-for-4 from deep, but he accumulated 10 rebounds, three steals, and two assists.