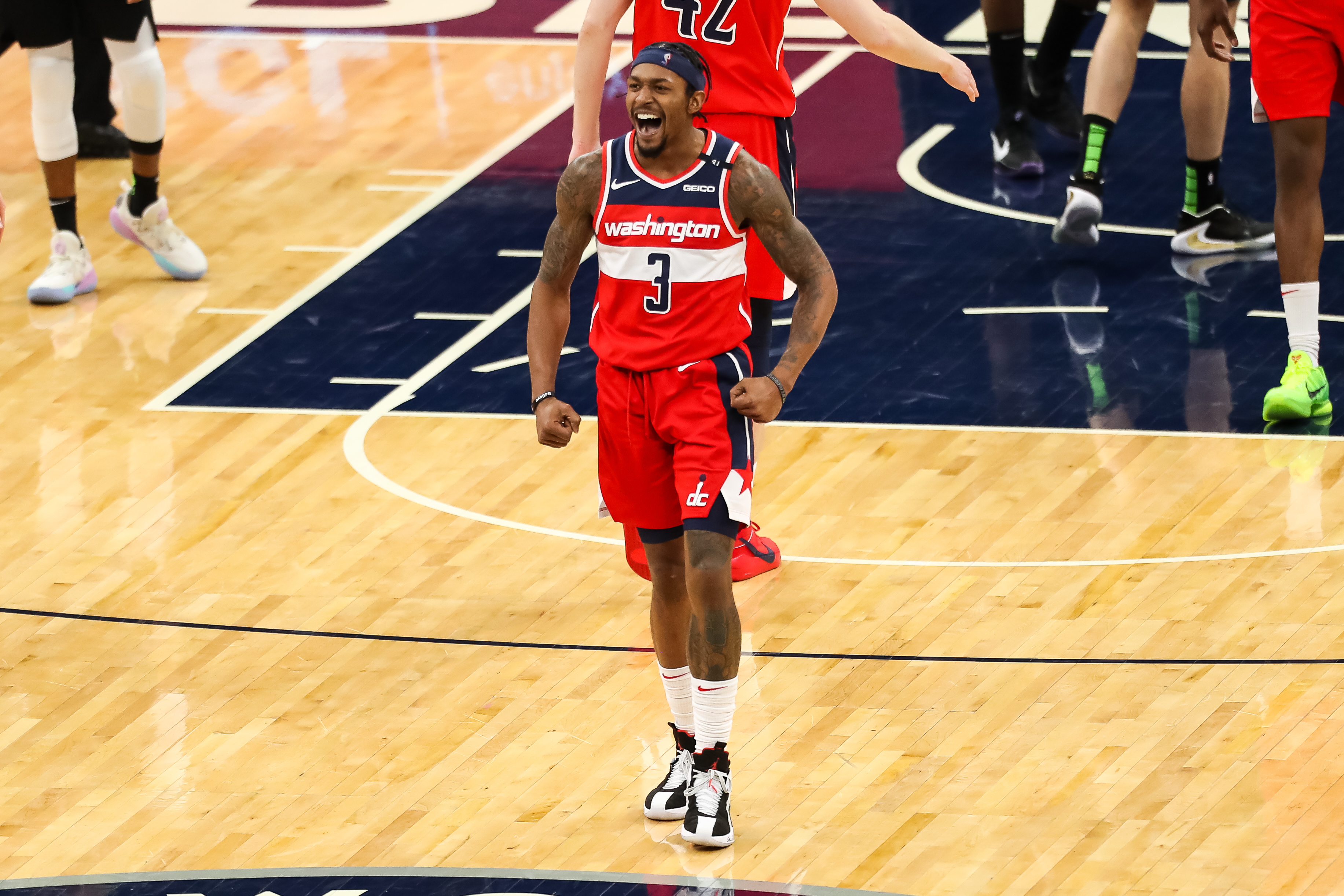 The Washington Wizards were ready to be done with 2020 in the worst way like many others across the world. So far in 2021, they are undefeated after a much-needed victory over the KAT-less Minnesota Timberwolves on the second night of a back-to-back without Russell Westbrook. Here are five takeaways as well as the post-game media availability with Scott Brooks, Deni Avdija, Bradley Beal, Thomas Bryant, and Davis Bertans.

After squandering a 16-point second-quarter lead that was reduced to just 60-57 at halftime, the Wizards had strong messages made by Scott Brooks and Bradley Beal in the locker room. The road team responded with a 40-14 beatdown of Minnesota in the third quarter.  The 40 points are nice, but holding a team to 14 points (even if they are without an All-NBA center) in a quarter is how the Wizards will have their most consistent success this season. Minnesota shot 5-for-19 from the field including 1-for-8 from deep. Washington had 16 rebounds (64 rebound pace for the game, which is exceptional) and six turnovers forced. No surprise that this came in a quarter that Avdija did not leave the floor as he is quickly showing he is one of if not the best perimeter defender already.

In just 28 minutes of play in three quarters, Bradley Beal had 31 points on 12-for-20 shooting including 3-for-5 from beyond the arc and seven assists. Right from the jump, Beal was firing on all cylinders with 14 points on 6-for-9 shooting in the first quarter. Minnesota had no one that could defend all of Beal’s bag of tricks and he knew that. There is nothing on the offensive end that he cannot do and he should continue being Washington’s first option whenever they need a basket.

Deni Avdija is a playmaker

Scott Brooks put it best when saying, “he’s not trying to fill the last category in the stat sheet.” Avdija would rather his teammates score than he get credited in the points column. Three assists may not seem like much, but he is truly creating opportunities for his teammates that no one would expect from a 19-year old rookie. The best part of Avdija’s last two assists were they came with him leading the break on transition, once off a rebound and once off a steal. Not allowing the defense to match up in the couple of seconds it may take an ordinary wing to get the ball into their point guard’s hands is invaluable. The future is very bright for Avdija.

Thomas Bryant with another efficient showing

A perfect shooting night from the floor, Thomas Bryant had 18 points on 7-for-7 shooting including a three-pointer in 22 minutes of play. With so many other weapons on the floor for defenses to contend with, Bryant is making the most of his opportunities at the rim and finishing through contact as well. Consistently presenting himself as a secondary scorer to Bradley Beal is going to be a mutually beneficial relationship as defenses may have to relax some on Beal if Bryant is going to continue to make them pay for double teams sent at the All-Star guard.

To the ire of fans, Bertans has been upfront that he is not in mid-season conditioning form and that is leading to his shots coming up short as was the case against Chicago when he was an unusual 0-for-8 including six misses from deep. With his conditioning improving by the game, Bertans is hopeful (but not reading too much into the success of one game) that the tide has turned. The sharpshooter had 11 points on 4-for-8 shooting from the field and 3-for-7 from beyond the arc, all three makes coming in a six-minute span in the first half. The Wizards are going to have to outscore teams because a four-year sample size with Scott Brooks indicates the defense is not always going to be there. Bertans hitting his three-pointers provides another level of lethality to the Wizards offense that will rival just about any other team in the NBA.