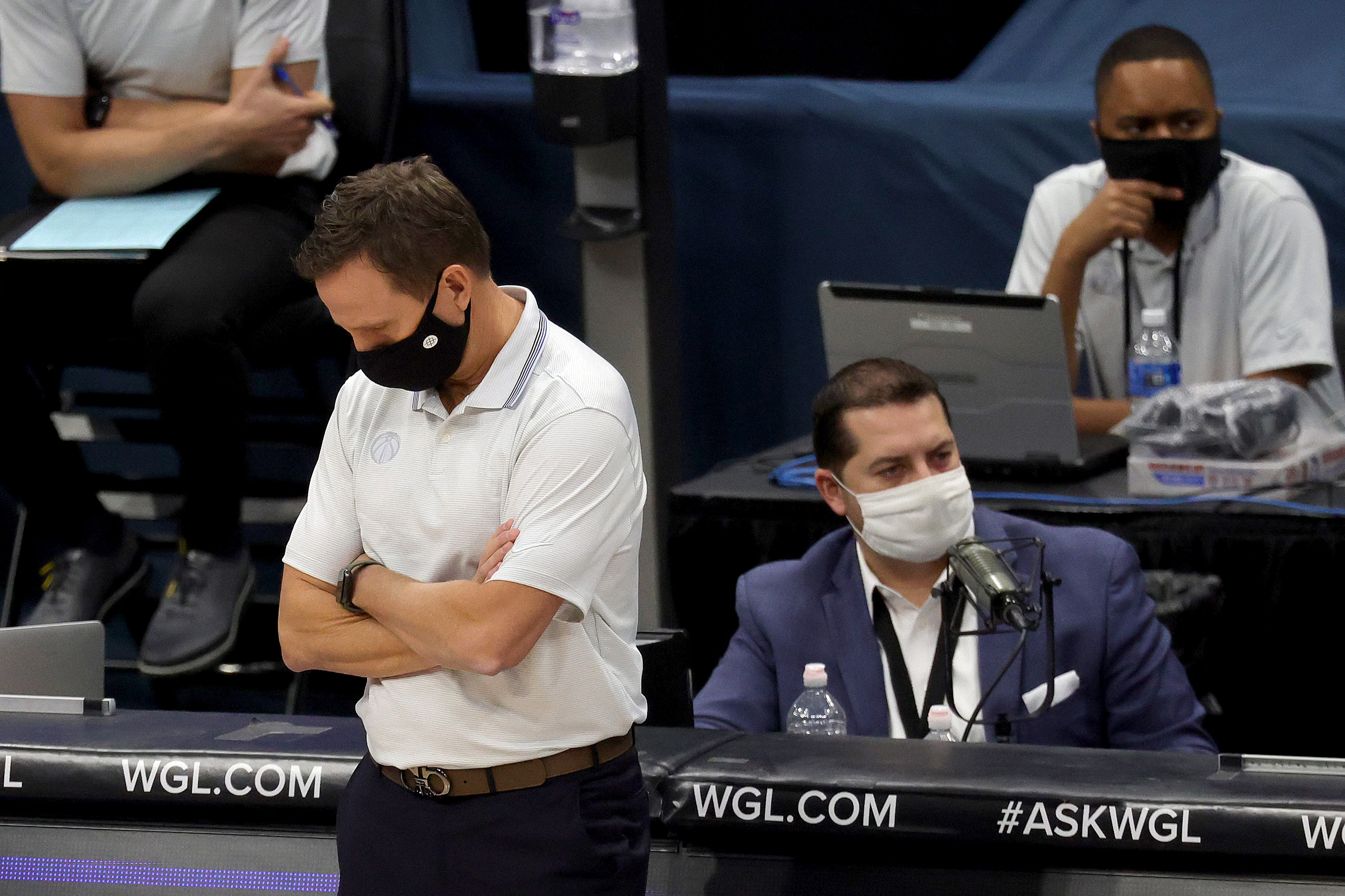 As if the Washington Wizards start to the 2020-21 season could not be made more difficult, they are dealing with the worst outbreak of the NBA season with six players testing positive for COVID-19 and three others in the league’s health and safety protocols. All of this stems from facing multiple teams in succession that would later have a positive test possibly exposing multiple Wizards’ players to the virus. Washington has already had four games postponed (vs. Utah, at Detroit, vs. Cleveland twice) with the upcoming 5-game road trip in jeopardy. Tommy Sheppard and Scott Brooks met with the media on Friday afternoon to field questions on what the organization is dealing with.

“Everyone’s in a good place. I think we have a very resilient team. It’s just an unfortunate set of circumstances. … All our players are in good spirits. Very important also that all of our staff is healthy.”

“Communication has been great. In terms of activity, we’ve been very limited to zero in terms of coming back to the facility. That’s why we utilize a lot of the Zoom workouts that we’re familiar with.”

“You certainly don’t blame anybody. This is a circumstance that’s out of everyone’s control.”

“None of our staff has tested positive. So we don’t think it was interactions within our facilities, we think we’ve done everything the right way at our facility. We have players that are out on the floor unmasked that’s an obvious thing. They have exposure to each other. Sometimes on the bench players will pull their masks down and talk to each other. The contact tracing is very necessary but also difficult because it could have been anywhere, anytime. The fact that it hasn’t extended past players kind of makes you at least common sense wise it would lead you to believe maybe it’s happening because of contact out on the court or whatnot.”

“Four guys are completely asymptomatic, feeling fine, don’t believe that they have it, the test shows otherwise. Two guys are definitely feeling some symptoms. One person was feeling symptoms two days ago and has felt great the next two days.”

With Scott Brooks generally much more available to the media before and after games and after practices, he was not the popular interviewee relative to Sheppard, but he did share, “we don’t make those decisions, we just follow the [NBA’s] rules.” Washington is at the mercy of the league’s direction on when players can start first return to team facilities and eventually games. There is a 10-14 days mandatory quarantine for the six players that have tested positive and they must register at least six consecutive negative tests before returning to play.