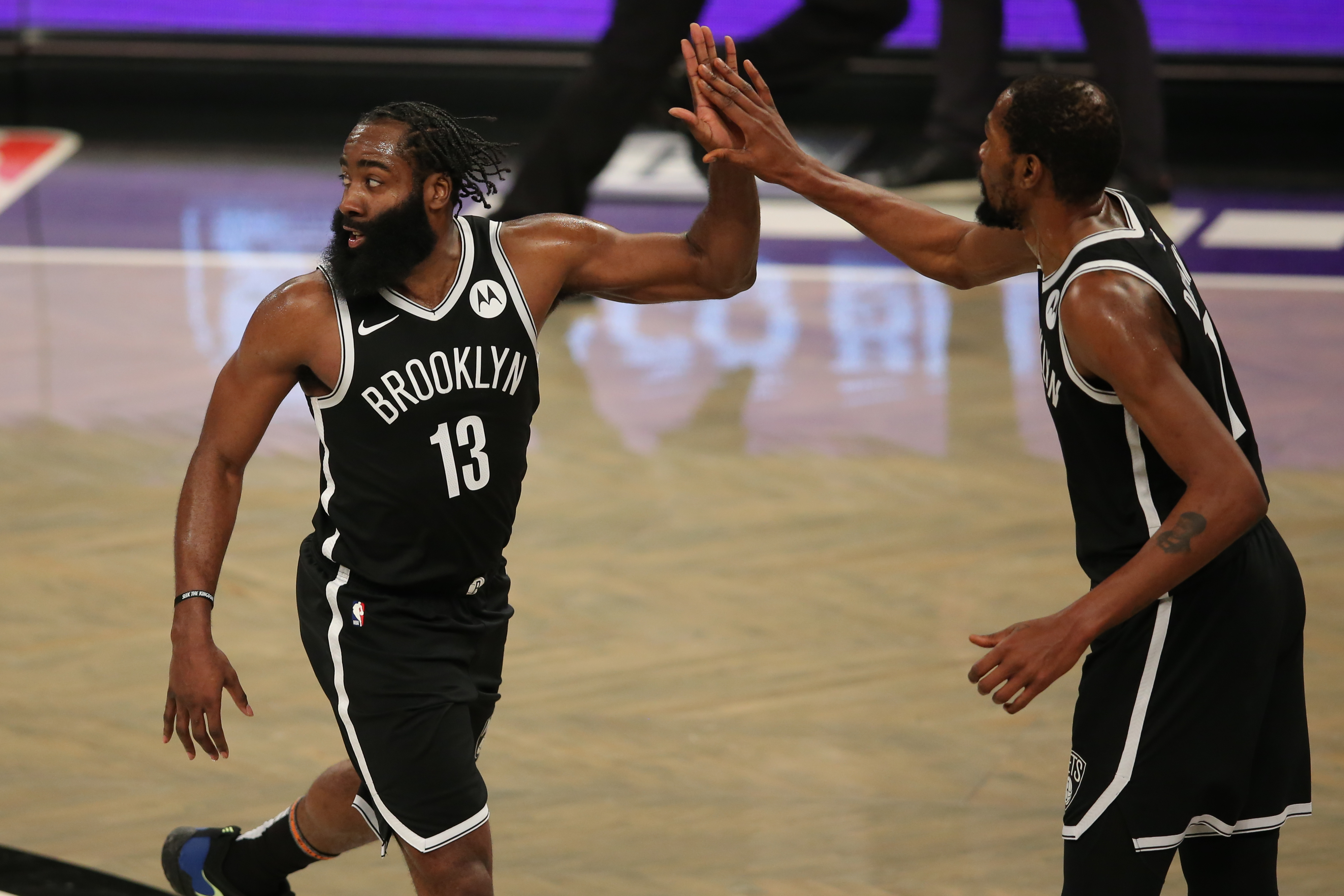 James Harden has only played a half-dozen games with his new team, but one of his new cohorts appears to think he’s already fitting in just fine.

The Nets are 4-2 in Harden’s first six games with the team, and he’s been sharing the ball better than we’ve ever seen, racking up double-digit assists in every game, up until he dished out eight in a 98-95 win over the Heat on Monday night.

And even though Harden had already played with Kevin Durant in the past, there was a lot of skepticism about how he would fit in with the two-time Finals MVP and Kyrie Irving. All three are ball-dominant players, especially Harden, who literally was the entire offense in Houston. The Rockets ran an isolation-based offense, which centered around Harden, rather than ball movement to create open shots.

But it sure looks like Harden is buying in in Brooklyn, playing alongside Irving and Durant, being a part of the offense, rather than the focal point of it. His teammates are taking note, too, as KD recently spoke about the “perfect balance” of scoring and facilitating Harden is already achieving.

“Feels like he just transferred to a new school and he’s trying to figure out the curriculum,” Durant said, via ESPN’s Malika Andrews. “And it’s going to take some time to figure out who your teammates are, what your rotations are in the game, when to be aggressive, when to score, pass.”

“As a scorer and the focal point of your offense, sometimes the balance between score and pass — you got to figure that out each night.”

That’s a great sign going forward. Now all the Nets need to do is actually play some defense and rebound the basketball on a consistent basis.