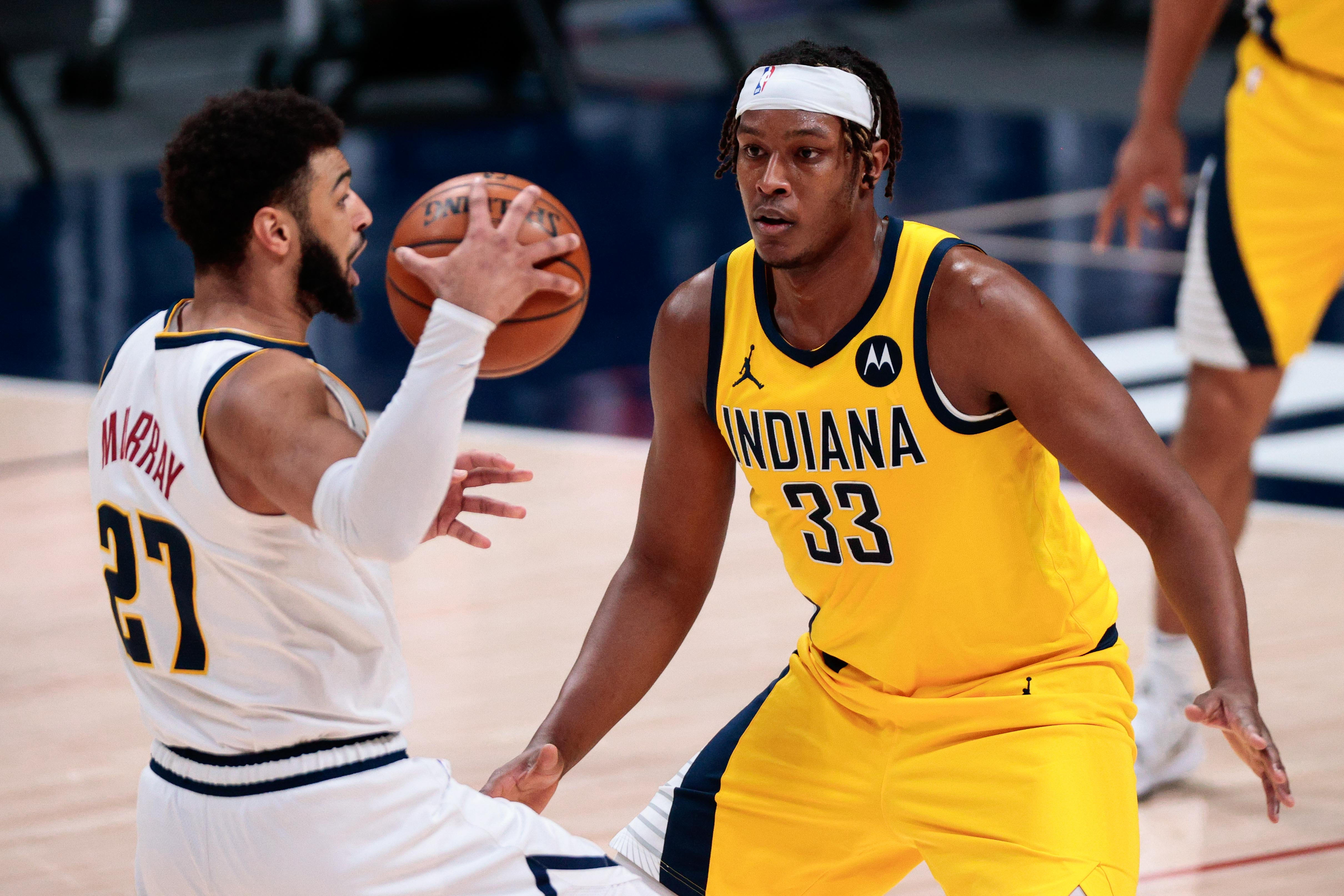 The (17-21) Pacers have a shot at punching their ticket to the postseason via the Play-In tournament, but that may not be enticing enough to prevent the team to be sellers leading up to the trade deadline.

For starters, they have a new head coach, and expectations were low heading into the season. They’re not necessarily undergoing a full rebuild, but they have gone with a fairly young roster, and it sure didn’t look like they had aspirations of making a playoff run this season.

They do have some pieces they can build around in the future, but their roster is comprised of a number of role players, so they’re still a superstar away from making a push to win a title. And that’s why it might be wise to part ways with a veteran or two that could help another team in the playoffs this year, assuming they get solid compensation in return.

That’s why Myles Turner has been viewed as a hot commodity in the trade market, given his defensive prowess, and his physical makeup. Apparently, a number of teams are in the mix for his services, including the defending champion Lakers, according to a report from the Indy Star.

“The New York Knicks, L.A. Lakers, L.A. Clippers, Charlotte Hornets and New Orleans Pelicans are among those who have explored whether the Pacers are willing to part with the league’s leading shot-blocker,” J. Michael wrote. “And that’s to be expected. The Pacers were open to trading him before the 2020-21 season began, when they put Turner in a deal to get Gordon Hayward from the Boston Celtics with a sign-and-trade.”

It sure doesn’t make much sense to keep Turner on the roster at this point. We were surprised he wasn’t moved last year.